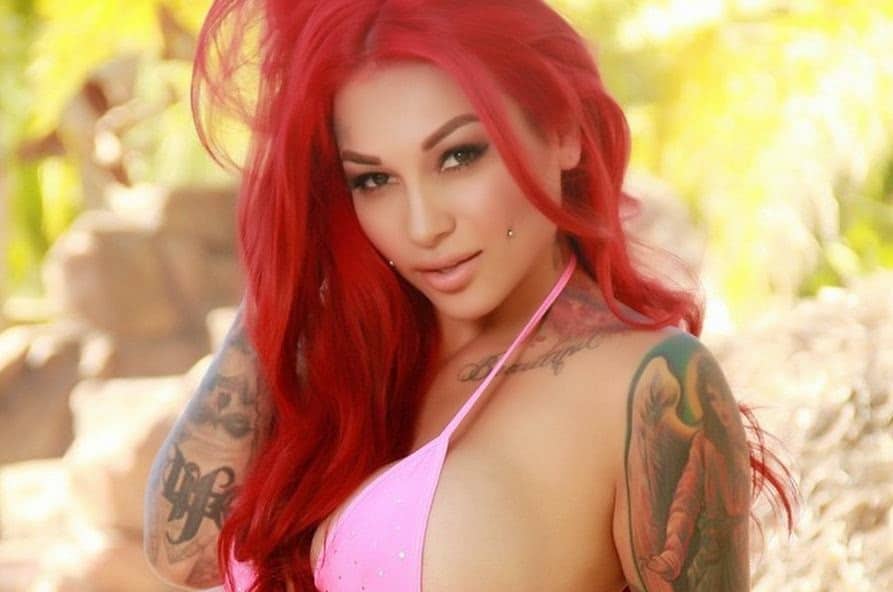 Brittanya Razvi is the internet as well as a television personality, model, and businesswoman. Her social media has millions of followers, and she has earned herself the right amount of fortune from her career despite having a hard time growing up.

Let us take a closer look at the life of Brittanya and see how she gained her success.

She is 33 Years Old. Razavi started as an adult video actress, becoming one of the best in the industry.

Brittanya had four other siblings; she was the youngest and got much affection and love for all the members of her family.

However, things took a turn when she was fifteen. Brittanya’s father was sent to prison leaving the whole family to just her mother.

It was tough to support all the children by one person, so, Brittany had to move forward to support her family. However, there isn’t much information about her mother too. She dealt with various issues with no one to look after her.

It wasn’t easy growing up, and she went through many controversies. Brittnaya even went to jail for six months because of assaulting a woman with the pimp chalice.

She also has several significant tattoos on her body and many piercings.

Brittanya Razavi is a social media star and frequently uploads her pictures and video on her official page, and she makes sure to leave a buzz on the internet.

No doubt Brittanya is an internet star with millions of followers in her official pages of social media. However, she is also a television personality.

With her social media fame and debut in the television world, Brittanya’s popularity got heightened more than ever. She got an opportunity to appear in several ads, commercials, and a cover of a magazine.

She was in the cover of some significant magazine including MMA, Revel Ink, Sports Magazine, Tattoo Magazine, Savage Tattoo, and Tattoo Energy.

Also, Brittanya is the co-author of the book named Millionaire Self Talk.

Brittanya Razavi is married to Moe Razavi. Despite being married and settled, it’s not like she didn’t have any affairs in the past.

She was rumored to be with Nico Vaquez, but they broke up before things got any dangerous.

Now, this might shock you, but Brittanya is said to be a mother of five children. Unbelievable it sounds, but there is no clarification from Brittanya herself.

Also, in her social media pages, there are only pictures of her with two of her sons, what exactly is the truth only Brittanya knows. And, there is a rumor that she gave birth to her first child when she was only 15.

Brittanya is a very successful model, television actress, and entrepreneur. She gained significant limelight after appearing in television reality series in 2010, Rock of Love Bus & Charm School, which earned her a considerable amount of money.

Apart from her modeling and television appearance, she is also the co-owner of 187 Avenue. 187 Avenue is an online website that sells clothing and other merchandise.

Razavi is very popular in social media. Her number of followers is not less than any significant celebrities. With her curvy figure and sexy pictures, she has gained a lot of admirers around the world.