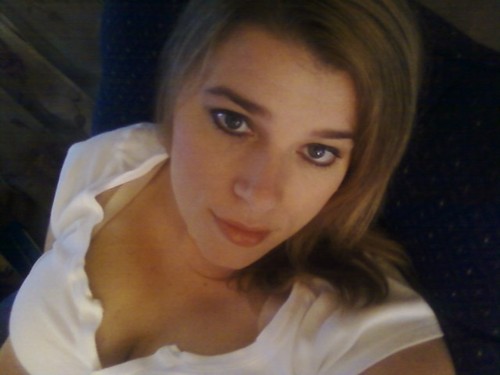 Don’t you know Dot-Marie Jones? She is one of the most beautiful actresses in the American entertainment industry. Dot-Marie retired from athletics many years ago.

We are going to talk about the life of Dot-Marie’s wife, Bridgett Casteen. Jones is 53 years old, and her wife Bridgett is 44 years old.

Now, let’s talk about Bridgett Casteen. She was born on 1 January 1973. She has a large build body and white Ethnicity. Her hair color is Dyed Red. Also, her star sign is Capricorn and sexuality is Lesbian.

Similarly, her nationality is American. There is no information about Bridgett’s education and her professional life. The only well-known fact is that she is proud of her partner’s achievements in the field of acting.

Bridgett Casteen and Dot-Marie Jones are one of the most influential couples we have ever seen. They both are lesbians, and they are open about their sexuality.

It takes much daring to come out about one’s sex when you are a familiar face in the entertainment industry. Many people lost their jobs and reputation after they came out their natural sexuality.

However, this couple smartly handled the situation, and people accepted their relationship later.

Bridgett Casteen and Dot-Marie Jones first met and started dating in Dec. 2010 and got married in the mid-October of 2013.

Dot-Marie Jones secretly got married to her longtime girlfriend Bridgett Casteen after the couple turned their holiday party into a surprise wedding in 2013. After five years of their married life, there is no rumor about their divorce yet.

The couple shares their joys on Instagram. Jones often shares pictures with her wife to the 57.4k people follow her to know all about her life. For example, have a look at this one.

Bridgett Casteen also shares her pictures on Instagram, but her account is private. So, we cannot embed an image of the couple from the Instagram here.

Recently, Bridgett suffered from heart stroke that required life-saving surgery. The incident occurred on July 4 at their house.

Jones, Bridgett and one of their daughters were about to leave their home for a Dodgers game when suddenly Bridgett’s face went numb, and she fell on the floor.

Eventually,  paramedics arrived after Jones placed a 911 call and took Bridgett to a hospital.

Later, the doctors had discovered that Bridgett has a heart condition called patent foramen ovale—a hole in the heart—which was the cause of the stroke.

As a consequence of that, she has to have surgery in a few weeks to close the hole. The doctors expect her to make a full recovery. We hope Bridgett will get a full recovery after the surgery that doctors recommended her.

There is no any information about Bridgett’s net worth. However, Jones’s net worth is somewhere around $500,000.

Her annual income is reported to approximately $500 thousand.