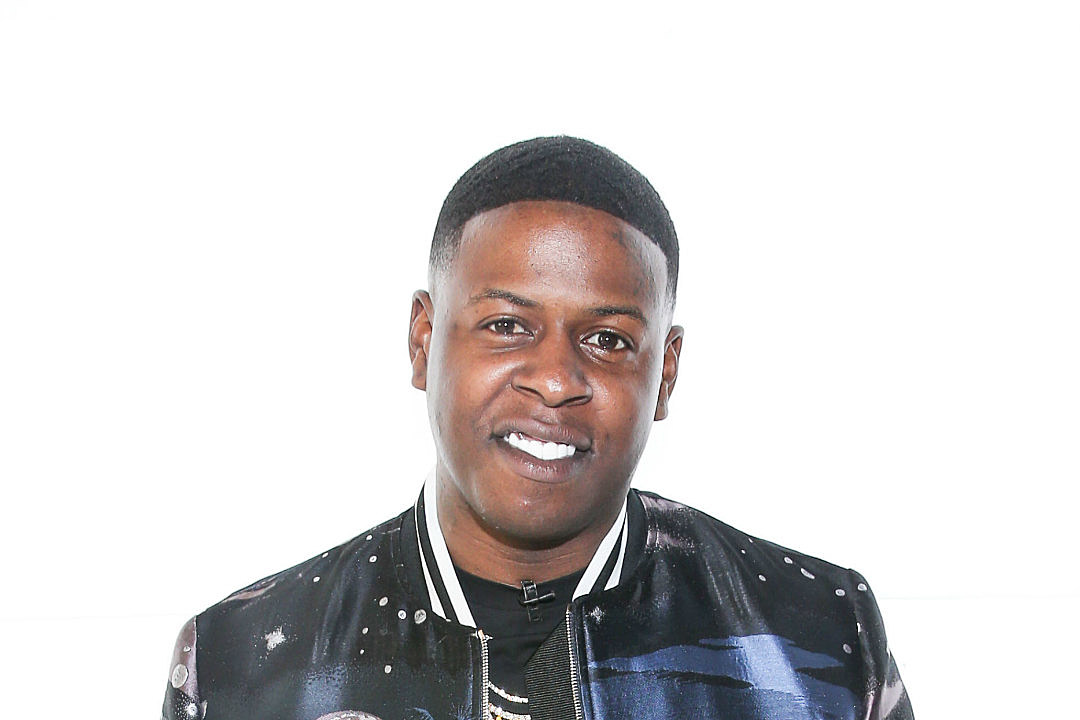 Blac Youngsta turns himself into cops investigating after the shootout that targets Young Dolph. His real name is Sam Benson and he is a native of Memphis, Tennessee.

Let us know what happened, and more of his life, his bio, career, girlfriend and net worth.

Blac Youngsta AKA Samuel Benson was born on April 8, 1990, in Memphis, Tennessee, United States. Any further information about his parents or relatives is not available.

However, he had a tough time growing up. At the age of seven, he didn’t have foods to eat, so he began working. Because of all these reasons, he involved in crimes and used to have suicidal thoughts.

He lived with his brother in his grandparent’s place.

Blac Youngsta was just a local rapper in his hometown, Memphis. He was also an organizer of McMillan Street block party. Blac started his career in the music industry by releasing his debut mixtape in 2012 titled Fast Brick.

He released next mixtape as Fast Brick 2 in the same year. However, these mixtapes didn’t earn him what he had expected. But in 2014, his dedication finally paid off and his single, Heavy from his third mixtape, Fast Brick 3 became a hit and made me nationwide famous.

With his rise of popularity, Blac Youngsta caught the attention of Yo Gotti, an American rapper. He offered Youngsta an opportunity to go on a music tour with him for two months, which no doubt, Blac Youngsta accepted.

He released his debut album on March 2016 titled Young & Reckless. It follows by his mixtape F*uck Everybody which was out on September 8, 2016. On June 9, 2017, he released his mixtape; I am Innocent.

Blac Youngsta has also released some singles. He released his single, Beat It on 2016. In 2017 he published three singles, Hip Hopper, Venting, and Booty.

On February 23, 2018, he released his next album titled 223. It consisted of 12 songs and featured the guest appearance of Chris Brown, Travis Scott, and French Montana. Blac has other mixtape is I Swear To God and Illuminati.

His single of 2018 is Who Run It and, as we all know he writes and sings, “One Bedroom House and I Swear To God” it is a song about himself telling about his poverty, growing up and loss of his brother.

Blac Youngsta got in the hand of police when he attempted to withdraw a large amount of cash from a Wells Fargo in Buckhead, Atlanta on January 8, 2016.

Blac Youngsta made some headlines in March 2016 for dissing Young Dolph. People didn’t stop criticizing him after sharing his photo of himself being crucified in July 2017. 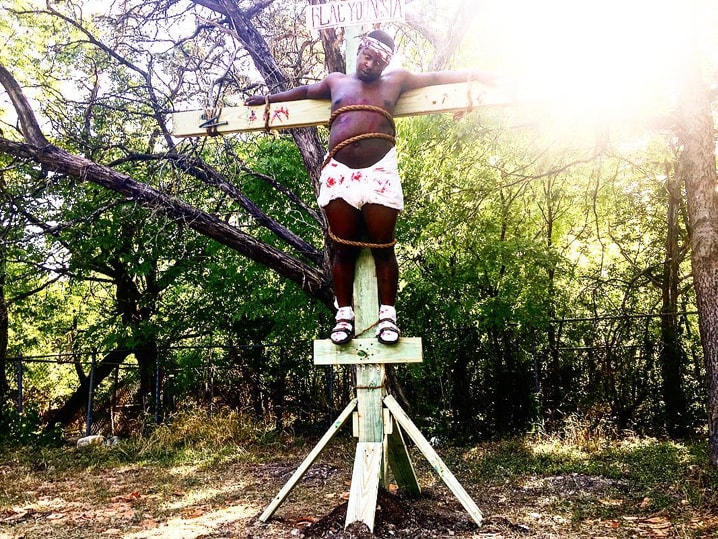 Blac Youngsta was arrested on May 26, 2017, after gunfire occurred in which Young Dolph was the primary target. In shooting more than 100 bullets from two vehicle and several weapons.

However, Young Dolph remained harmless as his car was bulletproof.

For the arrest of Blac Youngsta outstanding warrants were issued and therefore he had to surrender to the police along with his two other accomplices, Fedrick Black and Antavius Gardner whose names were also mentioned in the orders.

Blac Youngsta and his associate were charged with six counts for discharging the weapon on the place of residence and moving vehicles.

Is Blac Youngsta Gay? Who Is He Dating Right Now?

Once there were rumors all around that Blac Yongsta is a gay. All the story started as there were not dating history of Blac and there was no trace of Blac Youngsta dating with anyone.

However, Blac Youngsta denied rumors about his sexuality. Currently, there is no any proof that Blac is dating someone.

In March, B Nell Williams, a trans-woman claim that she and Blac Youngsta are having affairs, but Blac denies the claim directly.

Blac Youngsta’s debut mixtape, Fast Brick, which was a self-release and earns him about $50,000. And his other mixtapes earns him thousands of dollars too and streams over many times.

His debut album Young & Reckless earned him around $38,000. Altogether his music career has made him more than $300,000, and in addition to that, he receives about $20,000 annually from several endorsement deals and sponsors.

And if we add all his sources and calculate, his earning per year is about $200,000 as of current situation.

Blac Yougsta lives in a lavish mansion which worth $3 million in Los Angeles. The villa has four floors, and it has a lift too (no stairs). It has a modern living with an antique touch. And apparently, the mansion has its swimming pool.

Talking of car, Blac owns a Lamborghini which cost him whopping $500,000. 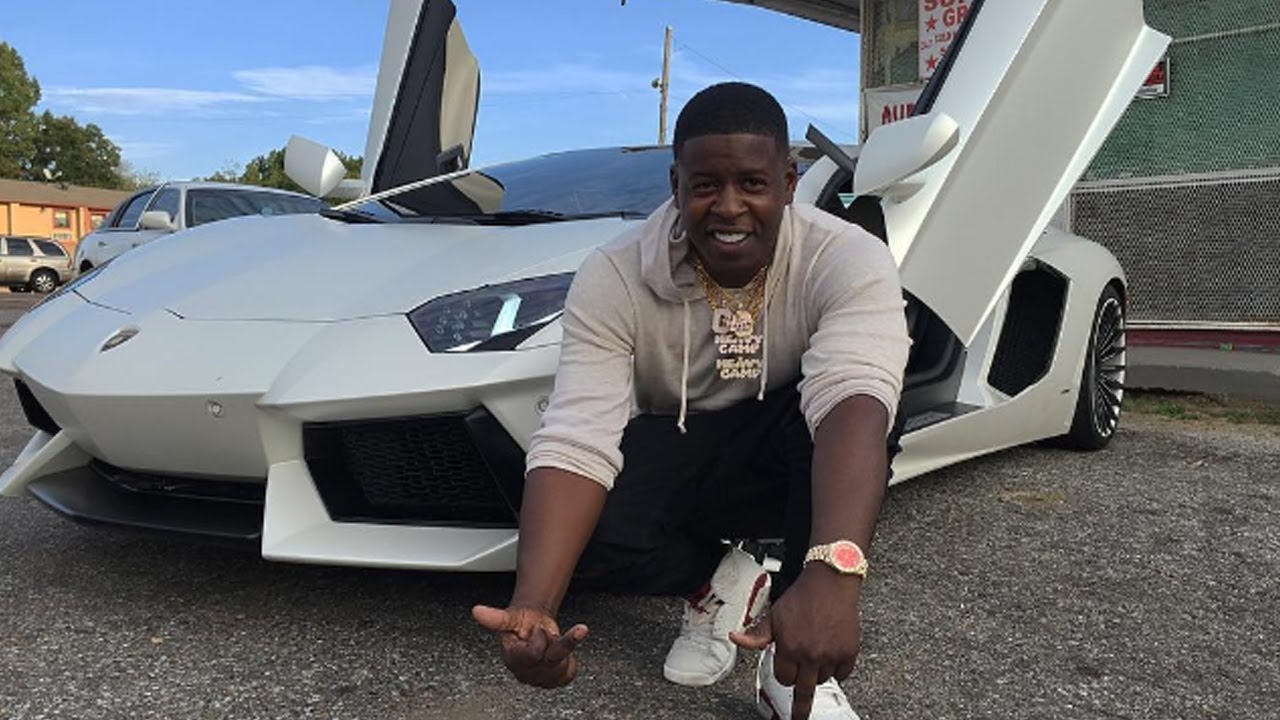