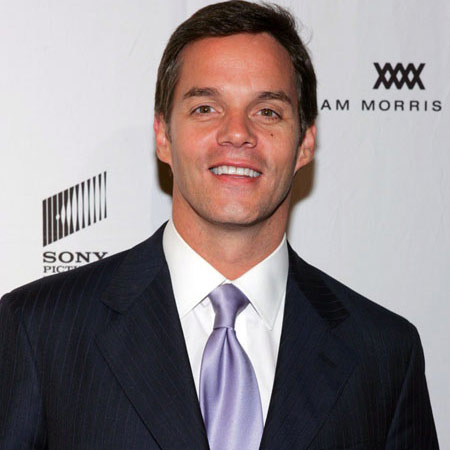 There are some people you can barely help but to know. One of such is Bill Hemmer. The journalist has had a good round in the media, moving from CNN to Fox.

Bill Hemmer is one among the famous media personality, who has fairly stayed single for a long time. However, it’s not true that Bill does not have any dating history.

He has dated a model for several years but even though his relationship, he could not save himself from being rumored as gay.

You may like A Successful Businessman: Chris Potoski, Wife, Brandi Love, Net worth & Daughter

Bill Hemmer was born on November 14, 1964, and was named William George Hemmer. The third child in a family of five children, Bill was raised with his siblings in Cincinnati, Ohio where he was born, and he belongs to white ethnicity.

His nationality is American, and he is Roman Catholic by religion.

It was also there that he graduated from the Elder High School. Before then, he had attended Our Lady of Victory (Cincinnati) Catholic parochial school.

Bill Hemmer Married Or Not?

Hemmer is unmarried and living a single life. He is very charming and eye-catching media personality who should have dated several women in his past life. However, his affair with Canadian model Dara Tomanovich has only come in the limelight yet.

He has met hot and bold Canadian model Dara Tomanovich while he was collecting the news of a fashion show. At that time, Dara was the new lead model for the fashion house, Chloe in Paris. The couple was in a severe love affair from 2005 to 2013.

Their love affair was pretty good, and they had even seen clicking pictures and enjoying their date at the top of the Empire State Building. The couple had seemed perfect for each other. However, their relationship was ended after eight years by unknown reason.

What About Bill Hemmer’s Gay Rumor?

Furthermore, he is a charming man and is very popular and due to this many of his well-wishers expect that he has a wife somewhere. But, to their disappointment, he is unmarried to date.

This news shocked his entire PR team as well as his fans. However, he never denied or accepted the fact that he is gay or not.

Similarly, during the time of his gay rumor, one of Bill’s fans sent an open letter to queerty.com revealing his straight sexuality. The message seems the strong evidence to prove that Bill was not gay, take a look.

“Dear Queerty,
So, Bill Hemmer of Fox News Channel made it official this morning during his news program that he has a girlfriend. In fact, he took her to the top of the Empire State building yesterday and proudly pulled out his cell phone while live on the air, found her picture on his cell phone and forced it in front of the camera for the world to see the lovely Mrs. future, Hemmer.”

Bill attended Our Lady of Victory, a Catholic Parochial School and graduated from Elder High School in Cincinnati. Similarly, Hemmer pursued a degree in Bachelors of Arts in Broadcast Journalism from Miami University which is in Oxford, Ohio.

His interest in the media didn’t come as an accident. It began since he was young when he was a high school DJ. By the time he was in his second year at Elder, Bill had started a radio program together with a friend. The program played 15 minutes music to students before classes.

Bill Hemmer started his career as a Radio Jockey for Miami Jazz at WMUB-FM and WOXY-FM during his college days. Then, he did an internship at Cincinnati’s NBC affiliate and later worked as the weekend sports anchor at CBS affiliate WCPO-TV.

At the age of 26, he took a break from CBS to travel around the world. He went through numerous locations, including Vietnam, Egypt, Eastern Europe, Israel, China, India, and Nepal.

During his journey, he also wrote reports, prepared tapes, and took photos for local newspapers such as The Cincinnati Post, as well as a CBS local affiliates. Those collected stuff all together called ‘Bill’s Excellent Adventure.’

After returning from his yearlong world tour, Bill Hemmer got a position at CNN’S International Headquarters in Atlanta, Georgia. Hemmer spent ten years from 1995 to 2005 at CNN anchoring numerous shows including CNN Morning News, CNN Live Today, CNN Early Edition and many others.

After several contributions to CNN, Bill decided to leave the network and had joined Fox News in 2005. Hemmer has published a large number of significant events since then for Fox News.

His most notable reports include Hurricane Katrina aftermath, the 2006 Israel-Lebanon Crisis and The British Sailors’ Hostage situation in Iran.

Moreover, Bill Hemmer had also notably traveled to Baghdad to cover the post-Iraq War troop surge in 2007. Similarly, in 2012, he had included both the Republican National Convention, as well as the Democratic National Convention.

Likewise, Bill was also the lead reporter of the Boston Marathon bombing and the Sandy Hook Elementary School shooting.

Also, he has established the MUDEC scholarship in honor of the service of Dr. Emile Haag. Moreover, he has also found the William G. Hemmer Scholarship for the Elder High School students to make their career in journalism.

Reviewing the physical features of Bill Hemmer is a lovely person with charming brown eyes and hair. Bill stands a height of five feet and nine inches (5′ 9″) tall with equivalent weight to his height.

Bill has earned much money from his journalism career. Previously, his annual salary was around $99,000 in CNN, but now he makes $400,000 per years from Fox News.

However, his net worth as in 2019 is just $9 Million since his very active in charity work.

Bill Hemmer is an honorary chairperson of the Ohio River Valley Chapter for Arthritis Walk. Similarly, Bill is also a supporter of the Iraq and Afghanistan War Veterans of America.