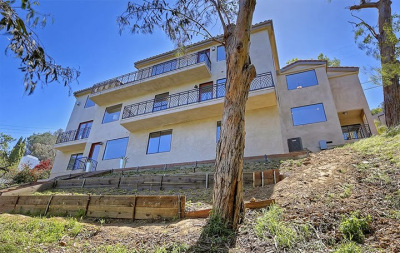 Born in California but raised in Detroit, Sean Michael Leonard Anderson is a well-known hip-hop artist from America. He is famous by the name Big Sean and for his albums such as Finally Famous, Hall of Fame and some mixtapes.

Here, in this article, we have combined all the information about Big Sean, keep scrolling down to know more about him.

Sean Michael Leonard Anderson was born on 25 March 1988 in Santa Monica, California in the United States. His parents are Myra and James Anderson.

When he was three months old, he moved to Detroit, Michigan. From an early age.

He attended the Detroit Waldorf School, where he studied from kindergarten till the eighth grade. Later, he attended Cass Technical High School where he started developing his career in music.

Big Sean used to take part in rap battle contest on a weekly basis which was held by Detroit hip-hop station WHTD, during his school.

In his later years in high school, Sean showed his rhyming skills on a weekly basis as part of a rap battle contest held by Detroit hip-hop station WHTD. In 2005, Kanye West was doing a radio interview at 102.7 FM.

Hearing about this, Sean headed over to the station to meet West and perform some freestyle. Initially West was reluctant to listen to him. However, he gave Sean 16 bars to rap for him.

Big Sean’s first official mixtape ‘Finally Famous: The Mixtape’ in September 2007. His single ‘Get’cha Some,’ became a hit and received a lot of media attention.

His third album ‘Dark Sky Paradise’ releases in February 2015. Featuring guest appearances from stars like Kanye West, Ariana Grande, and Chris Brown, the album debuted at the first position on the Billboard 200. As of December 2015, it had sold 350,000 copies in the US alone.

In February 2017, Sean releases his fourth album ‘I Decided.’ It was a commercial success, peaking at the first position on the US Billboard 200, and received mostly positive reviews.

In 2013, Big Sean purchased a new house worth of $167,000 in Hollywood Hills. The house covers 4,500 square feet and has five bedrooms, five bathrooms, and a master suite.

In 2017, he bought a mansion of Slash which is 11,000 sq ft and has seven bedrooms, eight bathrooms, a spa, a large swimming pool, and even a skate ramp. The estate is in Beverley Hills which original price was $11 million, but Sean purchased it for $8.7 million.

Here’s a video of the house.

The famous rapper bought a new brand Audi car for $45,000 in 2017. His black Mercedes S Class one of the most expensive cars in his collection.

Sean has dated many beautiful and gorgeous lady in his life. Currently, he is in a relationship with Jhena Aiko who is an American singer and songwriter.

The couple is together since 2016. They confirmed their relationship via Instagram post. Recently, Big Sean celebrated his girlfriend, Jhene 30th birthday by giving her a surprise party on his yacht in Los Angeles.

His girlfriend, Jhene Aiko tattooed Big Sean’s face on her arm after finalizing the divorce with her ex-husband.

Before Jhene Aiko, he was in a relationship with singer Ariana Grande. The couple met in 2014 and appeared red carpet at 2015 Grammys. They ended their relationship after eight months.

Big Sean first girlfriend named was Ashley Marie and has dated since high school. Big Sean met him when he was sixteen years old and started dating at the age of nineteen. Unfortunately, the high school couple broke up in 2013.

Then he started dating an actress, Naya Rivera. Sean and Rivera met through Twitter and began dating. Their relationship was public in April 2013. Sean and Rivera announced their engagement in October 2014.

In 2011, 4 August, Big Sean was arrested for third-degree sexual assault at the concert in Lewiston, New York. On 26 October, he accepted a plea deal for a misdemeanor count of unlawful imprisonment. Later, Big Sean attorney, Scott Leemon stated that

“did not engage in any type of sexual misconduct.”

He made his fortune by releasing his albums and singles throughout his career. Back in 2017-2016, his net worth was $12 million, where his net worth has increased $4 million now.

He made $4 million by selling his first studio album “Finally Famous” in 2011 and was certified platinum. In 2012, he engaged with a clothing company, “A Bathing Ape and Billionaire Boys Club” where he earned around $400,000, the same year, he signed an endorsement deal with Adidas.

While in 2011, he released his studio tape “Finally Famous” and his mixtapes “Detriot” in 2012. He earned around $2 million from his mixtapes “Detroit” which features fellow rappers J Cole, Juicy J, King Chip, French Montana, Royce da 5’9”, Kendrick Lamar and Tyga.

Then, in 2013, he released his second studio album “Hall of Fame” and received more than $2 million. Hall of Fame had total five singles, “Gaup,” “Switch Up,” featuring Common, “Beware” featuring Jhene Aiko and Lil Wayne, “Fire,” and “Ashley” featuring Miguel.

You may like Sara Eisen: Salary and Net Worth, Age, Husband, Children & Bio