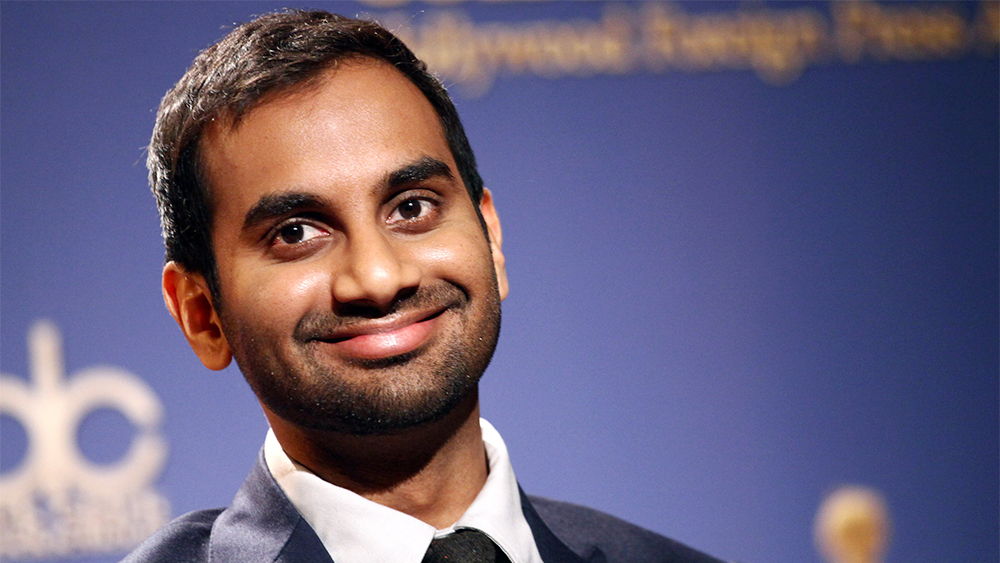 An award-winning American actor, comedian, and film producer, Aziz Ansari, best known for his character ‘Tom Haverford’ in the American political comedy ‘Parks and Recreation’ that aired for seven seasons with a total of 125 episodes on ‘NBC.’

He played a significant role as one of the creators of and actors in the critical hit sketch comedy ‘Human Giant’ alongside Rob Huebel, Paul Scheer, and actor/director Jason Woliner.

The comedy-drama series ‘Master of None’ is considered as one of his major works with fellow co-star and American actor, producer, and writer Alan Yang, and this show received an exceptional response from the audience, and also received numerous awards and nominations.

Aziz Ansari was born on 23rd February 1983 in Columbia, South Carolina to Shoukath and Fatima. He originally hails from a Muslim family in the state of Tamil Nadu in India.

His father is a gastroenterologist, and his mother works as an employee in a medical office. He has a brother, Aniz Adam Ansari, who is a writer, visual editor, and an editor by profession.

He grew up in the city of Bennettsville, in the state of South Carolina, and attended two schools, ‘The Marlboro Academy,’ and ‘The South Carolina Governor’s School for Science and Mathematics’ in Hartsville, South Carolina.

House and Cars Of Aziz

The actor and TV writer’s 2,452 square foot unit sits on the third floor of the building which has three bedrooms, two bathrooms, brick, and timber-beamed ceilings, tons of exposed brick, and large south- and east-facing windows.

Back in 2013, he purchased a beautiful home in Los Angeles’s Hong House for $2.867 million. There is no detail about his cars collection.

Aziz Ansari’s career began in 2004 when he was in the small role of a bricklayer in the television series ‘Uncle Morty’s Dub Shack.’

In 2007, he played the character of a fruit vendor in the television musical comedy series ‘Flight of the Conchords.’ After a brief stint in movies and television, he produced and starred in various roles for his sketch comedy show ‘Human Giant’ which went on for two seasons.

His career touched newer heights when he wrote and starred in the stand-up comedy tour ‘Dangerously Delicious’ (2012).

He also gave a voice-over for the character of Squint in the movie ‘Ice Age: Continental Drift’ the same year, and also received a short role in the Kanye West movie ‘Cruel Summer.’

Ansari was given a small role in the 2014 comedy film ‘Date and Switch,’ starring Nicholas Braun, Dakota Johnson, and Zach Cregger.

He was approached by noted film personalities to give voice-overs for ‘Major Lazer’ (2015), and he partnered with Alan Yang and created the comedy-drama television series ‘Master of None’(2015).

Later, he has also hosted one of the episodes of ‘Saturday Night Live’ (2017) with rapper Big Sean.

Ansari’s Netflix Series “Master of None”

Not long after Parks and Recreation ended in 2015, Ansari debuted a new series on Netflix. He co-created and co-wrote the kindly acknowledged Master of None with Alan Yang.

Ansari plays an actor named Dev on the show, which follows the ups and downs of his romantic life and his career. In 2016, Ansari won the Emmy Award for Outstanding Writing for a Comedy Series, a feat he duplicated the following year.

In early 2018, he became the first Asian to win a Golden Globe for Best Performance by an Actor in a Television Series – Musical or Comedy, for his work on Master of None.

Aziz Ansari popularity from Parks and Recreation, and now Master of None has made him one of the most sought-after actors in the entertainment industry. As we know, he is quite the ladies man.

The comedian isn’t married. However, he was once in a relationship with a pastry chef, Courtney Mcbroom.

Sadly, the affair lasted for only two years. It collapsed after the comedian co-authored a book about having a successful relationship.

However, Aziz and Courtney’s romantic relationship didn’t lead to marriage because of the comedian’s busy schedule.

After Aziz breaks up with Courtney, there was a rumored of Aziz dated the Oscar-winning actress, Jennifer Lawrence in 2016. The couple spotted in several events and public places.

Back in 2016 on Valentine’s Day, Ansari and Jennifer were dining at the Commodore in Williamsburg, Brooklyn.

In the same year, the two stars were spotted sightseeing together in Monteriggioni, Italy after attending the wedding of Jennifer’s best friend, Laura Simpson. Later, Jennifer claimed that they were just good friends. As of 2018, Jennifer is dating Crooke Maroney.

In January 2018, Aziz has been accused of sexual misconduct by an unknown woman who said she went on a date with him shortly after the 2017 Emmy Awards.

Thirty-three years old photographer “Grace” explained the encounter to Babe.net. According to a woman, Ansari invited her out on a date on 25 September 2017.

After the news went viral, Ansari said on the statement,

“It was true that everything did seem okay to me, so when I heard that it was not the case for her, I was surprised and concerned. I took her words to heart and responded privately after taking the time to process what she had said. I continue to support the movement that is happening in our culture. It is necessary and long overdue.”

The stand-up comedian earns a handsome of money through his comedy shows, television, and movies.

His annual salary is $9 million.

Besides this, he made extra income form his comedy tours. He began his new comedy tour ‘Dangerously Delicious’ in July 2010 which was theatres across the USA. He also generates a significant amount of money through an endorsement deal.

American Actor and stand-up comedian, Aziz Ansari has an estimated net of $18 million, as of 2019.

Currently, Aziz is 35 years old. He has 5 feet 7 inches, and weighing is 62 kg. He has black hair and black eyes. Nevertheless, the details of his body measurements aren’t known.

What do you think of Aziz Ansari? Let us know in the comments section below.