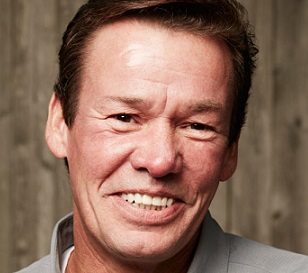 Being the oldest son in the big family is never easy, and this guy proved that he could take the responsibility of the eldest son and be a responsible person.

Arthur Wahlberg was born as the eldest son of nine children and worked his way up from being a carpenter to a professional actor.

Though the stardom of his younger brothers left him behind, he doesn’t have an ounce of jealousy but finds a reason to celebrate their victory.

Know more about Arthur Wahlberg with us.

Related post Kirbie Wallace Is The Second Wife of Actor, Loen Robinson and Step-Mother of Noelle Robinson. Check Out Her Bio, Career, and Net Worth

Arthur Wahlberg is an American actor and the oldest of the Wahlberg brothers and third of the nine kids born to Alma Elaine and Donald Wahlberg.

According to the Wikipedia, Arthur was born to Donald and Alma Wahlberg from Dorchester, Massachusettes, United States.

He is a mixed ethnicity as his father belongs to Swedish-Irish decent and English, French, and Irish-Canadian Ancestry being his mother.

Arthur Wahlberg began his a career in acting from the horror movie “Villanelle” where he was in the starring role of  “Don.”

In the same year, he did two roles as Ralph the Patient and, Dr.Samual James in the movie “10” where ten friends plan together to go for a vacation for ten days in an isolated place where they get trapped.

Arthur has also played a short movie “Transsexuals from Space” where he has a small part being a Dronettia IV.

He got an offer for a play in a short movie with a similar character as an assassin in “The Test” from the year 2014.

And poetry the role of Max Cannon in “The Rude, The Mad, And The Funny.”

People usually remember Arthur for the roles in the movies “The Target” from 2013, and “Patriots Day” from 2016.

Besides a career in acting, Arthur is the professional carpenter and specializes in remodeling.

He has always guarded most of his details despite being a celebrity figure.

Wahlberg keeps his details secret, and even if we dig his profile very less information will be available.

But the relationship status of Arthur has surfaced. And it is because of his fiance who is a complete opposite of him.

Jennifer Gjulameti, Arthur’s fiance tweets about her mentioning about him which was a treat to know for his fans.

I was asked to be the Segment Producer for BostonNorth TV's show on the Wahlberg's: Alma (Mom), Paul (restaurant owner), & my <3 Arthur.

Jennifer mentioned about him on June 29, 2011, through tweeter and revealed the relationship between them.

In addition to that, Jennifer shared a picture of Arthur and his brother, Mark from their visit at the Grand Opening of Wahlburgers in November 2011.

Check out photo of Arthur, me, and his brother @mark_wahlberg at the Grand Opening of #Wahlburgers. pic.twitter.com/5mdqMPF

& had an interview Friday night for the John Fahey Show in Boston w/David Garfield & my fiancé, Arthur Wahlberg 4 our film, RMF..

It looks like with time their relationship has grown stronger, in fact, the relationship between him and his family as well.

Arthur’s mother was seen expressing her wish by welcoming Jennifer to have dinner with her back in March 2015.

@AlmaWahlberg It's so nice to see you on Twitter! Arthur & I have to have dinner with you soon!

The news of Arthur Wahlberg and Jennifer Gjulameti marriage has not come up till date.

Two of them are still enjoying their lives and consider each other no less than a married couple.

However, Auther is yet to experience the happiness of being a father.

But still, a bit of parently experiences has already been felt by Arthur, as he is currently enjoying being an uncle of twenty-three nephews and nieces.

Arthur Wahlberg has a perfect height standing at 5 feet 9 inches and weighs around 65 kg. He has an average body with brown hair and brown eyes.

Arthur Wahlberg, who works as a remodeling carpenter and as an actor too, has summoned a decent net worth over his career.

Though the exact figure is out of reach of media his earnings from movies and his business boost his net worth by millions.

He surely earns a massive amount from his profession. However, his salary and net worth are not available.