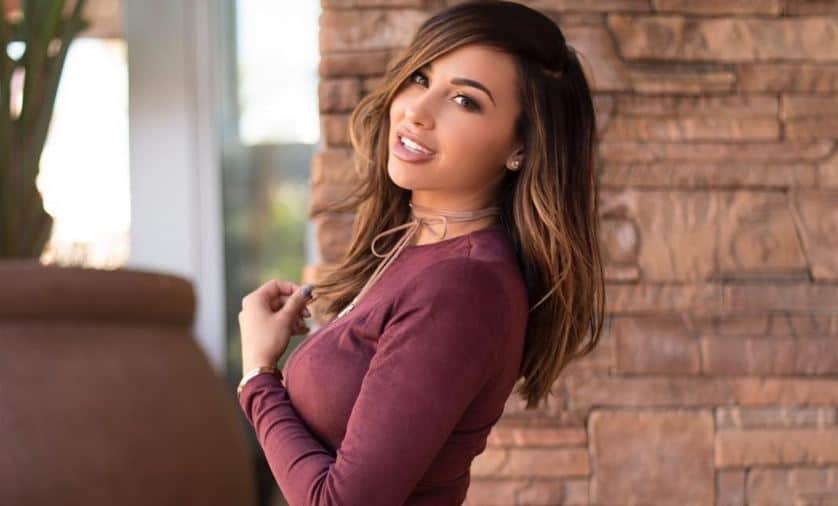 No one would expect a tomboy in her childhood would now turn into a gorgeous model, Ana Cheri is a Instagram star who has millions of followers in her social media accounts.

She is a well-known figure who has worked with companies such as Monster Energy, K&N Filters, Moskova Underwear, and Ultimate Armwrestling League.

Her online presence has made her an iconic fitness model within just a few months. She is continuously expanding her fan base by posting her gorgeous photos on her social accounts. Moreover, she is also developing her career in acting too.

Here, we are going to talk about her bio, personal life, net worth, social media and many more.

Ana Cheri was born on May 16, 1986. Her zodiac sign is Taurus. She is of Native American, Latina, and Caucasian heritage.

Turning some pages back to her early life, Ana was born in Anaheim, California, the United States and raised in Southern California’s Huntington.

She is the only daughter in her family and grew up with her brothers. However, there is no information available about her parents, siblings and her educational background. Cheri has not revealed about her past life, either.

Rewarded as the Instagram Queen, Cheri, till date has not stuck into any sorts of controversies as well as there are no rumors regarding her professional as well as personal life.

Her career And Achievements

In 2009, at the age of 23, Ana started her career as a model appearing in posters and brochures for various magazines such as Punch Magazine and Toyo Tires. She also worked for cosmetics publications and promotional ads event for Fox Racing and the Long Beach Grand Prix D1.

After gaining some fame, she worked as a host and also filmed a few commercials. Her modeling career pushed her to the peak of popularity when she did a nude photo shoot for Playboy in October 2015.

Moreover, Ana Cheri was named the “New Queen of Instagram” by the Chive and featured as the Instagram girl of the week by Maxim. She is also a Brand Ambassador and Motivational Speaker for Shredz.

Nowadays almost every celebrity go through some surgery at some point in their lives. We can see some of them with drastic changes and some are with the very least noticeable.

Ana has done a breast implant for Playboy Magazines, but we bet that most of you didn’t know until now, did you?. Her before and after Photos are not that different. You may have a closer look at this photo.

Is Ana Married or Has a Boyfriend?

Gorgeous Instagram beauty, Ana Cheri is a married woman. She tied the knot with her long-term boyfriend, Ben Moreland, who is a personal fitness trainer.

She is very concerned about her fitness. While she was working out in the gym, she fell in love with Ben. Ana and her husband are now living happily. Currently, they are residing in California.

They are currently enjoying their marital relationships. The couple is very private about their relationship, and they do not enjoy sharing it with public and media.

She has launched her clothing line Want My Look and also appeared in Vlog for Youtuber Timothy DeLaghetto. The clothing brand is mainly for the youngster and grown-ups youth. There are lots of varieties of clothes items including shoes, accessories, shirts, sweatshirts, and others wear.

Cheri is now 31 years old. As a fitness model, she has a sizzling curvy body with a height of 5 ft 7 inches and a weight of 54 kg. Furthermore, she has beautiful brown eyes and brown hair.

Some of the questions related to Ana Cheri:

Q. Does Ana Cheri have any relationship affair ?:

Q. What is Ana Cheri marital status? (single, married, in relation or divorce):

Q. How many children do Ana Cheri have?:

Ana makes money through her job as a professional model and fitness expert. She earns $300,000 a year as a salary from her modeling profession and collects $5,000 to $25,000 per post from the Instagram.

Her gym house Be More Athletics is another source of her income.

According to Celebrity Net Worth, Ana Cheri has an estimated net worth of $3.57 million as in 2018.

Moreover, she has a self-titled website “anacheri.com“ where she sells clothing items and Ebooks related to fitness.

Hope you liked this article! For interesting articles about your favorite celebs keep following Celeb Tattler.