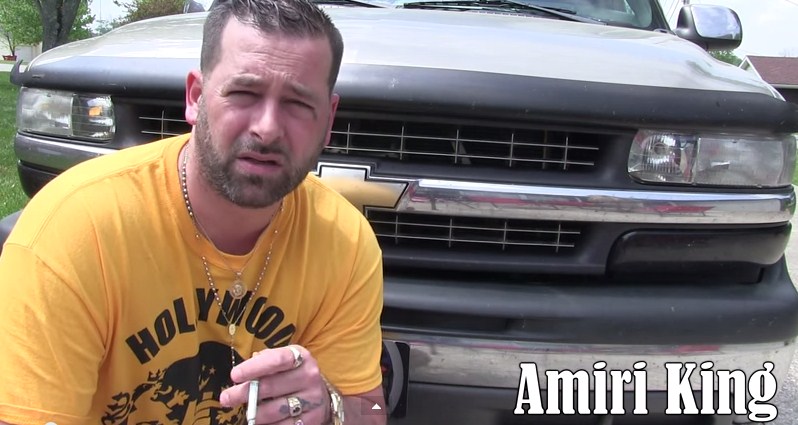 A con-man turned comedian is a miracle by itself. Amiri King is a YouTube comedy star, known for his parodies and skits. The 39 years old runs a Youtube channel named Amiri King previously known as RoyalMediaMafia. He has won the heart of over 303K subscribers through his youtube channel.

However, the detail of his wife is missing on the internet, but he is confirmed to be a married man. Know everything about Amiri King.

Is Amiri King his real name?

His original name was Tony Donovan Schork, but he always disliked it, this is why he renamed himself as Amiri King because of his affinity towards the poets Amiri Baraka and Countee Cullen.

He was born on 10th July 1979 in the USA. His zodiac sign is Cancer. Information related to his family has not come up yet. The Comedy Youtube Star lives with his family.

Read About: 16 Girlfriends of Justin Bieber you don’t Know About

Amiri is successful and famous now, but he went through tough times in his childhood. He ran away from home at the age of 11 and has lived as a homeless on the streets of Louisville.

Only at 16, he got arrested, and it took some time for him to get back to his normal life again. After completing his sentence, he indulged himself in sharing his experience in different schools. Simultaneously, was involved in fundraising events for local police departments and to support youth groups at School near Kentucky.

Amiri started his youtube channel back in 2006 and posted various videos and vlogs. He mainly did comedy and skits, and people loved his genre which bought him a large audience.

Amiri King has gained a lot of fame and wealth since he started making videos. People have appreciated his sense of humor and his style of presenting skits.

Amiri King has a net worth of 250 thousand US Dollars

He is awarded a silver play button by YouTube which also happens to be his primary earning source. Besides, he also earns by selling his artworks. Amiri loves to paint and so far has already sold several copies of his paintings.

Amiri has been featured in the movies presenting different nature of roles. He is famous as “Uncle Randy” in Surviving the Zombie Apocalypse with Rick and Ed.

A Glimpse of Amiri’s House

Amiri vast income can be traced through his expenses too. He bought a house at Nicholasville, Kentucky of 5,200 sq. Ft with an estimated price of $285,000 with a swimming pool in the backyard.

Spring cleaning. My dad would've been so proud of all of this. He died the day my Silveraydo video changed my life. 🙁

However, despite having luxurious house and stylish vehicles, Amiri’s estimated to have a net worth around $150,000 only.

His YouTube career is still growing, and we can expect that in the following years his net worth will increase.

My detail guy, Andrew Wright, is making the Caddy look like glass. Andrew has been ceramic coating all of my vehicles. He makes them look brand new, inside and out. I've included pics of our BMW he did. Spectacular. 🙂

The viral videos that made Amiri the King of comedy

Amiri is a family man. His wife’s name is Sara. The couple has three daughters named Kennedy, Tilly, and Marcy. They live a happy married life.

Amiri and Sara are seen sharing each other’s images on their respective social media accounts.

She likes Beverly Hills y'all.

In October 2018, Amiri had announced the beginning of a campaign for reform within Child Protective Services(CPS)  all around the country. On top on that, he offered free advertising to his audience of over 3.5 million for an attorney willing to help a family fighting CPS.

The GoFundMe campaign is initiated by King to get legal help for his children. Donation crossed over $21,000 in just three days.

In his video, King stated he needs only $6,000 to $10,000 of the money. King plans on sending money to a woman who had her baby taken by CPS — despite passing a drug test — to retain an attorney. The rest of the money he plans to put towards fighting for CPS reform.

Lessons To Learn From Him

Hope you enjoyed the article, share your feedback through the comments. To know more about your favorite celebrities keep following Celeb Tattler. Find us on Facebook and Instagram as well.