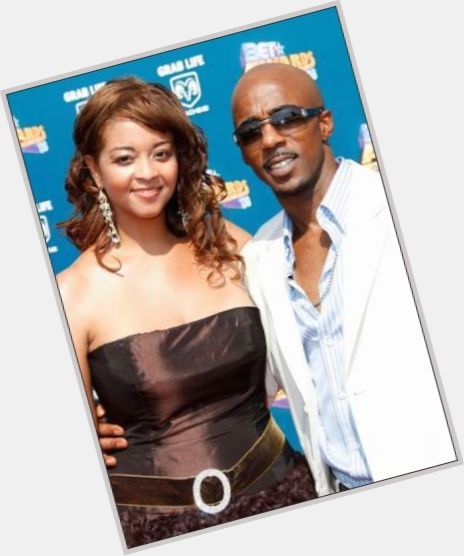 Ralph Edward Tresvant Jr. (Aka Ralph Tresvant) is a name easily recognized for the modern R&B singer, who is married to Amber Serrano. He was born on May 16, 1968. But, enough about Ralf as many of you already know him.

But how many of you know his wife, Amber Serrano. This article is all about her.

Amber is an American actress and visual art designer at her own company called ”Divine Inner Vision”. She has worked in the new edition of BET 2017, a biological series. She keeps herself far from the media to avoid the rumors and controversies.

Amber has come into limelight after marrying Ralph. So, here we’re to share every information about her like bio, married life, husband, and many more.

The Early Age of Amber Serrano

She grew up in the USA with her younger sister and elder brother. Amber and her siblings share a strong bond. Both of Amber’s parents were engineers and were busy working people. She often used to live with her grandparents because of the daily quarrels between her parents.

During the teenage of Amber, her mother married another person, and she had to live with her mother and her stepfather. In the beginning, some problems occurred while adjusting with the stepfather. However, all the issues got resolved quickly, and Amber developed a perfect relationship with him.

Her Marriage and Husband

Amber Serrano married on 18th September 2004 to Ralph Tresvant. Moreover, they did a joint wedding ceremony along with Ralph’s friend Ricky Bell and Amy Correa.

The couple has a handsome teenage son named Dakari Tresvant. He graduated in 2017 and made his dad proud.

You may also look at Ralph’s tweet on his son’s graduation.

The divorce rumor of Amber and Ralph

Amber and Ralph have been together for over a decade, but quite recently, their divorce came forth. According to MTO news, the talk escalated after Amber posted an image on Valentine’s Day without a ring and without even mentioning husband Ralph.

However, we think this could be a misunderstanding because Ralph recently posted a video where Amber and other family members were celebrating his birthday. As for now, Amber is not going to divorce her husband, Ralph Tresvant.

Ralph was married to his childhood sweetheart Shelly Jean before marrying Amber. The couple started their love story at a very young age of 11 which went for an extra 17 years. Ralph and Shelly got married in 1993, but after few years of marriage, they suddenly separated.

According to Frost Snow, Ralph Tresvant was having an extramarital affair with Amber Serrano and cheating to Shelly Jean. Later, Shelly came to know the truth and moved on to file the divorce action.

Thus, they eventually agreed to divorce after nearly five years of their marriage. They have four children from their short relationship. In this way, Amber seems to be a reason behind their separation.

Amber was born on May 29, 1976, in the United States of America, which makes her 42 years of age as 2018. She has an impressive personality with African American ethnicity. She has got a beautiful body shape with a height of 5 ft. 7 inches.

Amber was brilliant in arts and design in her high school days. She also had involved in a small business of handicraft goods while she was in her high school. Amber doesn’t give much priority to social networking sites.

Therefore, you cannot find her social networking sites. However, there is an Instagram account on her name, but it’s not verified.