Read all about Amber Scholl, the YouTuber who taught millions how to live their best life on a budget. How much does she earn and where does she live?

WHO IS AMBER SCHOLL AND WHY IS SHE FAMOUS?

Amber Scholl is a YouTuber and self-proclaimed “Broke Bitch” as she really has an extremely marketable skill:

Making cheap things look expensive. She teaches her audience “how to live your best life on a budget.”

She has been on YouTube since 2011 but the video that sky-rocketed her to fame was 2016’s “How to Make Cheap Clothes Look Expensive”, which increased her subscribers from 1,000 to 10,000 un 48 hours. In this video, she tells viewers she does not have thousands of dollars, but thousands of hours to make cheap things look expensive.

More than this, it is Amber’s positivity, cheerful and encouraging personality that draws her audience to her. She doesn’t have any scandals or videos / photos that went viral in a negative way.

YouTube is Amber Scholl’s main source of income. In 2019, her channel had over 330 Million views which can be estimated that it earned her over $600,000 in revenue.

This year, her channel currently has over 402 Million views so it can be calculated that her channel has earned her over $700,000 in revenue.

Amber also has a merchandise line where she sells T-Shirts, Caps and Sweaters that start from $25.00, along with phone cases and stickers. 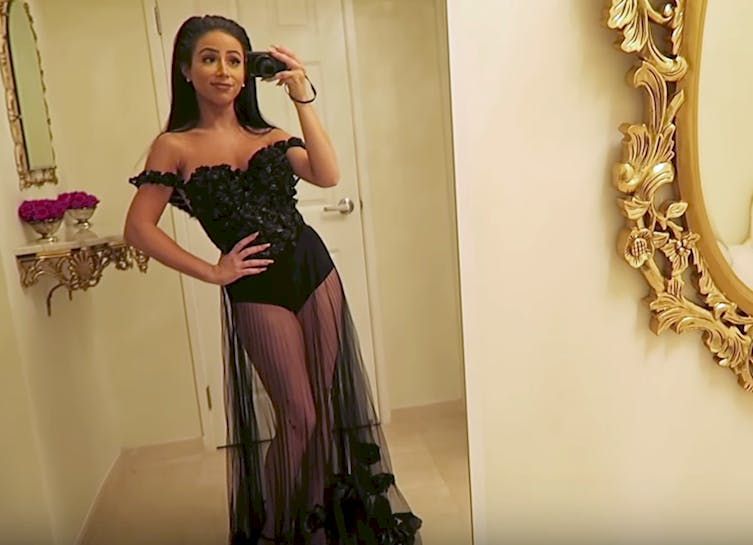 In 2018, Amber gave her viewers an apartment tour, which she dubbed as a “very Extra apartment tour”. True to her word, the Los Angeles apartment is bedecked in gold, with gold door knobs, gold faucet handles and fancy chandeliers.

She shares that some of her décor came from Etsy and Amazon. She also has a bar which she decorated with boxes of expensive champagne. She shared that she just got the box of a 6,000-dollar Dom Perignon champagne for $20.00 off e-bay (without the champagne).  She also shared that Pearlworks, an antique architectural design company, helped her decorate her apartment.

In Amber’s Draw My Life video, she narrates that her parents met in a bar, introduced by mutual friends. They got married and Amber was their first child. Amber was born in Silver Springs, Maryland. Until the age of five, Amber, her parents and her two younger sisters, Alyssa and Angela lived in a small townhouse in Maryland.

The family then relocated to Virginia for her dad’s job. It was a dream come true for three little girls to grow up in Virginia where they were surrounded by animals as they had a farm in their backyard. She explains that this is perhaps the reason why she is vegetarian, as she is an animal lover. In her videos, she has said that she is still great at riding horses and if given the opportunity, can still milk a cow.

Amber shares that she had a pretty happy and fantastic childhood where their dad often took them hiking outdoors and she credits this to her love for nature. She did ‘normal’ stuff like gymnastics, Girl Scouts, baking cookies, etc.

When Amber turned 12, the family moved to Arizona. She spent high school in Arizona and went to Desert Mountain High School, where she joined cheerleading and made it to the varsity squad. Amber was a straight-A student in high school and after graduation, she moved to Los Angeles to attend college in her dream school, Pepperdine University.

Her mom has a Twitter account  the amount of support she gives to Amber is quite evident.

HOW OLD IS AMBER SCHOLL?

Amber Scholl was born on the 13th of August 1993. She is currently 26 years old. She was born under the astrological sign of Leo.

Amber is known for her infectious positive personality, inspiring people to ‘live their best life’. Her known motto / quotes are:

“Never let life be anything less than everything you imagined it to be.” 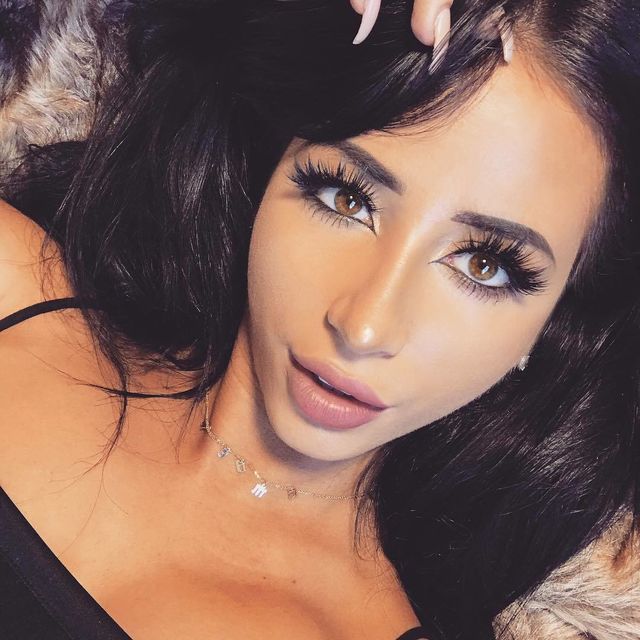 AMBER SCHOLL BOYFRIEND, WHO IS SHE DATING?

In her “10 Things You Didn’t Know About Me Video”, Amber discloses that she’s never really had a serious relationship. She goes on dates but has not really found anyone yet.

In January of 2019, she shared on a tweet that she went out with a guy who doesn’t know what she does. And for the entire lunch date, he made fun of YouTubers. On their way out, a group of girls stopped Amber to take photos with her because they “love her YouTube Channel”. She claims this was the most iconic thing that’s ever happened to her.

She has a “Stealing my Boyfriend’s Clothes Lookbook” video where she showed how she stole her ‘imaginary boyfriend’s’ clothes.

She recently tweeted that she is her own sugar daddy. We can therefore assume that Amber Scholl is happily and contentedly single.

When Amber was growing up, she and her sisters used to spend weekends doing arts and crafts with their mom, who was very artistic.

It was Amber’s mom who taught her that with a bit of glue and tinsel, one can make things simple things look ‘prettier’. This seemingly petty talent and skill will prove to be life-changing for Amber and will help her live her best life.

Amber used to compete in pageants when she was younger. She says she used to beg her mom for years to allow her to join as she really wanted an excuse to own a gown. She even won Miss Arizona Teen in 2010.

In her “10 Things You Didn’t Know About Me” video, Amber shared that she was a competitive figure skater for almost a decade when she was younger. She started when she was 6 years old and did until she was 13. She did quite well in the sport, becoming a regional champion in 2008. She still owns a pair of ice skates but she isn’t sure if she can still skate the same way. She still skates as a recreation, or as she jokingly said in her video, “If there’s ever an Ice Dancing with the Stars, sign me up.”

She enjoyed her college years and says that her best friends aka ‘ride or die crew’ today were all her friends from college.

Amber was also a member of Tri Delta Sorority when she attended college. Amber sassily says in her video, “Contrary to popular belief, yes I do have a brain.”

AMBER SCHOLL AND THE PRICE IS RIGHT

When Amber was in college at Pepperdine University, she joined the TV game show “The Price is Right” as a contestant in 2012. Her passion for shopping and thrifting came to good use as she actually won. She used the prize money to study abroad in Switzerland. Here’s entire game show episode where Amber Scholl won the Prize is Right. 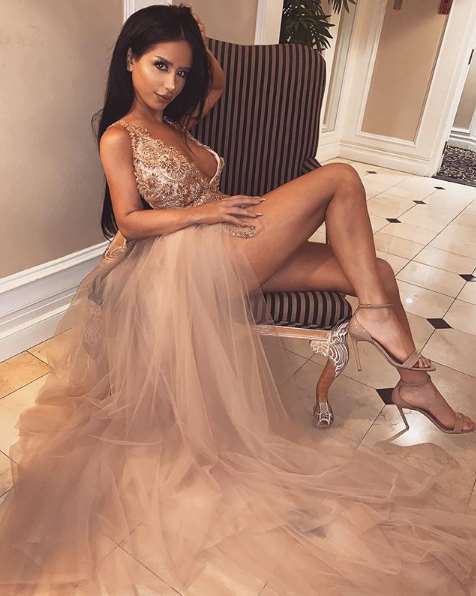 HOW DID AMBER SCHOLL GET STARTED?

Before Amber became known as the queen of shopping and luxury hacks, she already had her YouTube channel where she uploaded projects and events she did during her time in college. She studied Broadcast Journalism at Pepperdine University and it was during her college years where she hosted red carpet events as an entertainment reporter, guested in ‘The Price is Right’, and interviewed celebrities like Kris Jenner, Imagine Dragons and Max Schneider. Her demo reel as an entertainment reporter can be viewed here.

However, after college, she found herself, as she says, “funemployed” in Los Angeles. She applied to numerous jobs but didn’t get any call back. She took odd jobs here and there and the one job that gave her a bit of stability was being a delivery crew for Postmates.
This didn’t last long either when she crashed her delivery car while on the job. She was again unemployed and had $46.00 in her bank account. She took random jobs to make ends meet and it was when she was ranting to a co-worker about how she couldn’t pay rent that changed her life. The said co-worker couldn’t believe she was broke because her Instagram posts were filled with fur, marbles and luxurious looking things. When she told her co-worker that she made all those herself, he told her that she is good at making cheap things look expensive. The following day, Amber filmed a tutorial on how to make cheap clothes look expensive. And the rest followed, including how she made her fake marble floors, how she got her fake fur jacket at Forever 21 for $12.00. To put it lightly, she taught her audience how to “fake it ‘till you make it”.

Her break-out video, which shot her to fame was 2016’s “How to Make Cheap Clothes Look Expensive”.  It was this video that took her from 1,000 subscribers to 10,000 in 48 hours. This video currently has over 3 Million views.

HOW TALL IS AMBER SCHOLL?

Prior to making it big on YouTube, Amber was a college student at Pepperdine University studying Broadcast Journalism. She started her YouTube Channel in 2011, and her earliest videos were that of her hosting events and interviewing celebrities. Her earliest videos actually had a lot of views, given that she would have still been in college when she uploaded them.

Before being a YouTuber, Amber’s used to work as a driver/ delivery person for Postmates, a delivery and pick-up service company for food, drinks, groceries and more.  She shares that she made about $10.00 an hour in this job. Her memorable experience being a delivery man for Postmates was when she delivered food to Luke Hemmings, the guitarist for Australian pop rock band, Five Seconds of Summer. 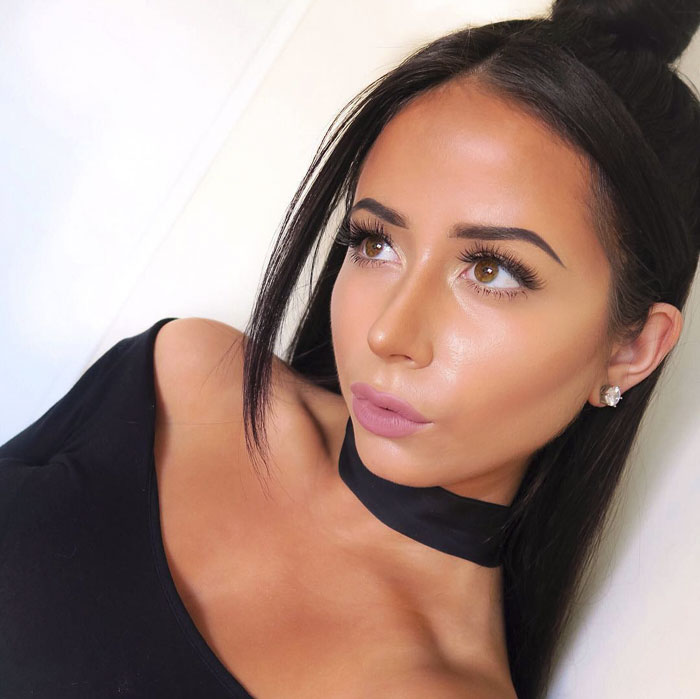 Amber Scholl has an online store where she sells clothing (shirts, crewneck, caps) and phone cases and stickers.

WHAT CAMERA DOES AMBER SCHOLL USE?

Amber Scholl uses a Canon G7X camera to vlog. This camera made its debut in 2014 and over the next several years became known as the perfect vlogging camera.

HOW MANY SUBSCRIBERS DOES AMBER SCHOLL HAVE?

HOW CAN I GET IN TOUCH WITH AMBER SCHOLL?

For business-related queries, you can reach Amber Scholl through email at: amber@rare.global