Home » Biography » Alyssa Edwards Net Worth, Income, Why Was She Dethroned?

Alyssa Edwards Net Worth, Income, Why Was She Dethroned? 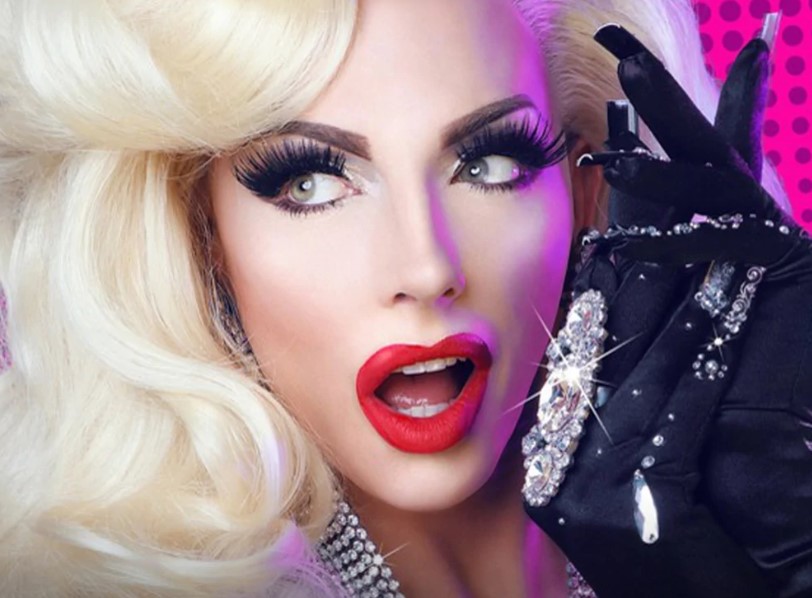 Read all about drag performer Alyssa Edwards. Why was she dethroned as Miss Gay American 2010, and how she rose to fame. Includes current Net Worth

Born Justin Dwayne Lee Johnson, Alyssa Edwards is an accomplished dancer, drag performer, choreographer and veteran pageant title holder. Her unapologetically flamboyant personality was first discovered when she appeared as a contestant on the 5th season of Ru Paul’s Drag Race. When she’s not dancing or performing, she’s out to colour the world in vibrant hues with the launch of her successful eyeshadow palette with Anastasia Beverly Hills.

HOW DOES ALYSSA EDWARDS MAKE INCOME?

Alyssa is based in Mesquite, Texas, where he owns and teaches at in his dance school, Beyond Belief Company. Along with her services as a dance choreographer, Alyssa earns approximately $22,000 – $80,000 a year.

Alyssa Edwards also does event and show appearances as a dance performer. She earns up to $10,000 per appearance or performance for this.

She also has an eyeshadow palette with Anastasia Beverly Hills makeup, where she earns royalties for sales.

In 2018, Netflix created a docu-series about her life as a drag performer. She earns royalty fees from this, along with her show appearance in Ru Paul’s Drag Race.

For someone with a very flamboyant and colourful personality, Alyssa Edwards’ house is large and spacious, yes. But it is also remarkably traditional, simple, clean and almost without décor.

Alyssa Edwards explains that when she is Justin Edwards (who she is when not performing), he loves to keep things basic and simple. The only sign of ‘indulgence’ in Alyssa’s house is a large pool which she added. Her bedroom, specifically, is clean and quiet in design. She stressed that this is a requirement because “Sleep is important, especially when you’re travellin’, twirlin’, teachin’.” 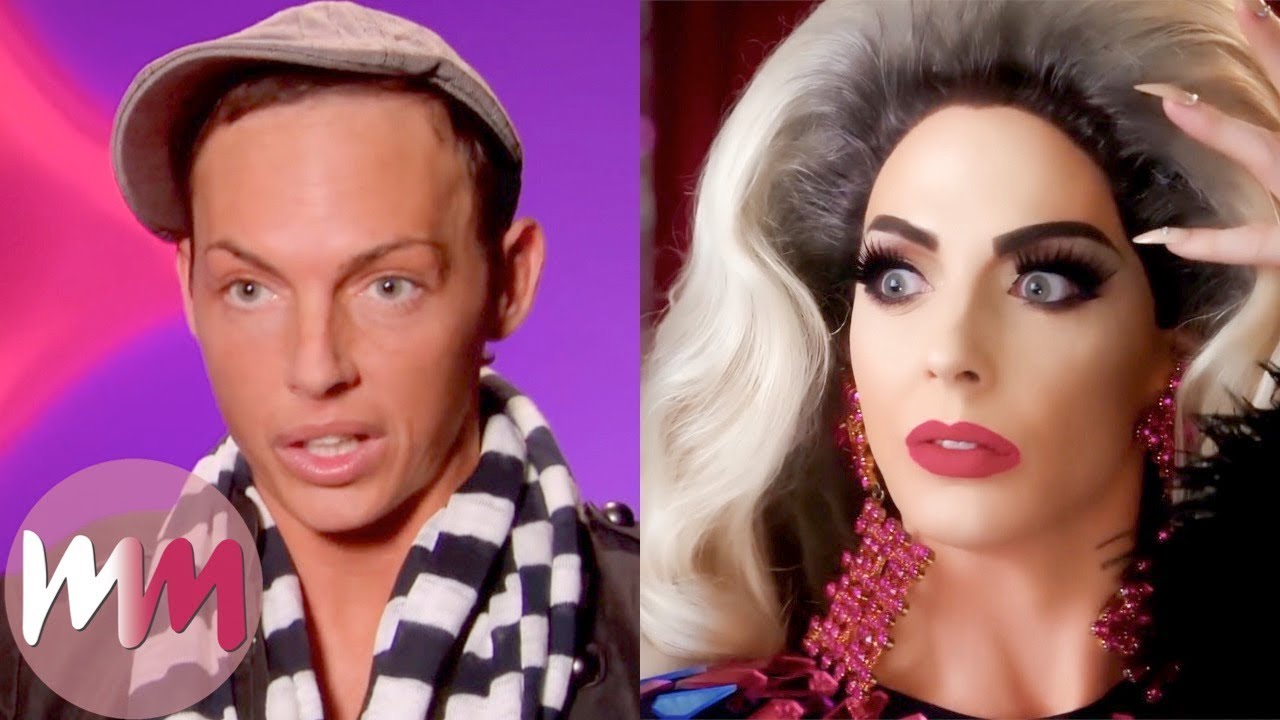 WHO IS ALYSSA EDWARDS?

Alyssa Edwards is the stage name of Justin Dwayne Lee Johnson, a 40-year old American drag performer and choreographer from Texas. He is best known for his role as a contestant in RuPaul’s Drag Race Season 5, where he placed 6th, and then placing 5th when he appeared again on the show’s ‘All Stars 2’ episode.

WHAT IS ALYSSA EDWARDS’ REAL NAME?

Alyssa Edwards’ real name is Justin Dwayne Lee Johnson. During his younger years, Justin often watched the show ‘Who’s the Boss?’ so he chose the name Alyssa, after actress Alyssa Milano, who played the role of Samantha Micelli in the TV Show. He chose Edwards to pay homage to his drag mother, Laken Edwards, herself a former drag queen.

A drag mother is defined as an experienced drag performer who acts as a mentor and guide to someone who wants to learn the art of drag.

HOW OLD IS ALYSSA EDWARDS?

Alyssa Edwards was born on the 16th of January 1980 in Mesquite, Texas. She is 40 years old at the time of writing. She was born under the astrological sign of Capricorn.

ALYSSA EDWARDS’ FAMILY AND HOW DID SHE GET STARTED?

In an interview with Esquire and also on one of the episodes in Netflix’s ‘Dancing Queen’, Justin / Alyssa shares an experience he had growing up. When he was a young boy, his dad signed him up for little league football and gave him advice to avoid being tackled. Despite this, he was tackled and a broken arm was the result of this. As he now had to sit on the sidelines injured, he would watch and marvel at the dancers and cheerleaders during halftime shows. It was there that his love for dancing and performance grew.

Justin also shared that during his younger years, he was given allowance for chores. One of these chores was helping his grandmother around. He used this allowance to pay for his own dance class. Justin also credits an uncle of his who was a gay actor at a local theatre, who had spotted his talent early on. This uncle, whom he fondly refers to as his “Fairy Godmother”, would take him to his first jazz class. 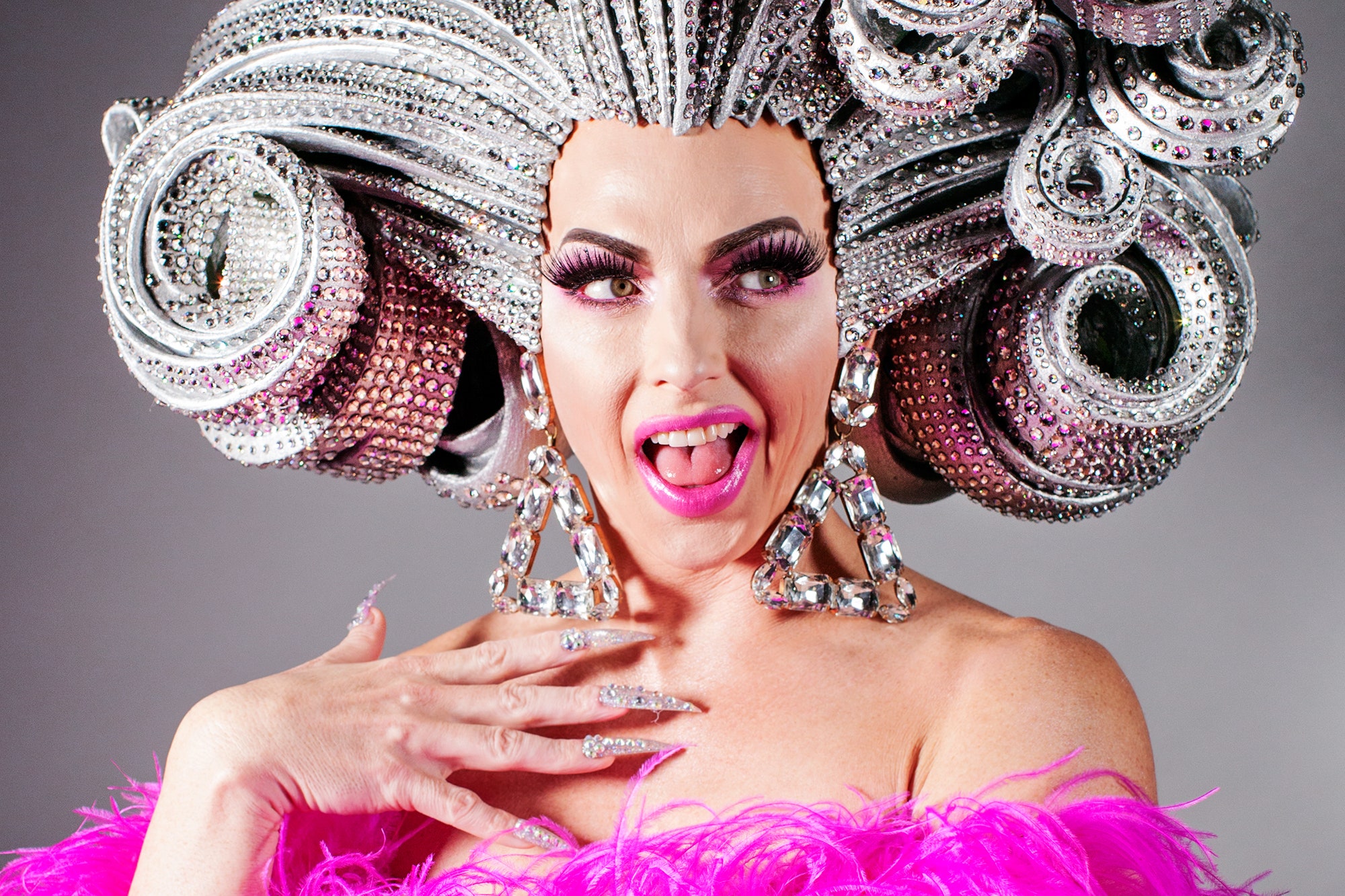 WHO IS ALYSSA EDWARDS DATING?

In October 2018, it was published that Alyssa Edwards is in a ‘loving relationship’ with her boyfriend, dance instructor Manny Silverya. It is not known whether they are still together at present.

Justin / Alyssa shares that his father was a masculine Southern gentleman who wanted him to be an all-American rough ball player like his brothers.  His mother protected and kept him safe as long as she could. Finally, when he was 16, he came out to his mother that he was gay.

Prior to joining as a contestant in Ru Paul’s Drag Race Season 5, Alyssa Edwards is no stranger to gay beauty pageants. He has won several prestigious gay pageant titles including:

WHY WAS ALYSSA EDWARDS DETHRONED FROM MISS GAY AMERICA 2010?

In 2010, Alyssa Edwards was declared winner and crowned the title of Miss Gay America, a national pageant for female impersonators. Shortly after her coronation, Alyssa Edwards had her title revoked because her prior commitments and engagements created a conflict in her schedule for her responsibilities as winner.

The title was then passed to Coco Montrese, the pageant’s first alternate.

In a Logo video feature entitled “The Evolution of Alyssa Edwards”, Alyssa herself says that she is known as the Vanessa Williams of drag where her crown was taken away. American actress and singer Vanessa Williams gained recognition as the first African American to win the title of Miss America in 1983 but had to relinquish her crown when Penthouse published nude photographs of Ms Williams.

After their wins and dethronement from Miss Gay America, both Alyssa Edwards and Coco Montrese appeared as contestants in season 5 of Ru Paul’s Drag Race, a television series for contestants to compete for the title of “America’s Next Drag Superstar”.  In the show, the animosity between Alyssa Edwards and Coco Montrese was highlighted in the season. Their squabbles and drama about the pageant were always brought up. Whether this was staged or not, the show and the audience loved it and the Alyssa vs Coco spectacle is one of the defining moments that Season 5 of Ru Paul’s Drag Race would be remembered for.  By the end of the season, Alyssa Edwards emerged 6th place, Coco Montrese 5th place, and Jinkx Monsoon from Seattle, Washington was declared winner. 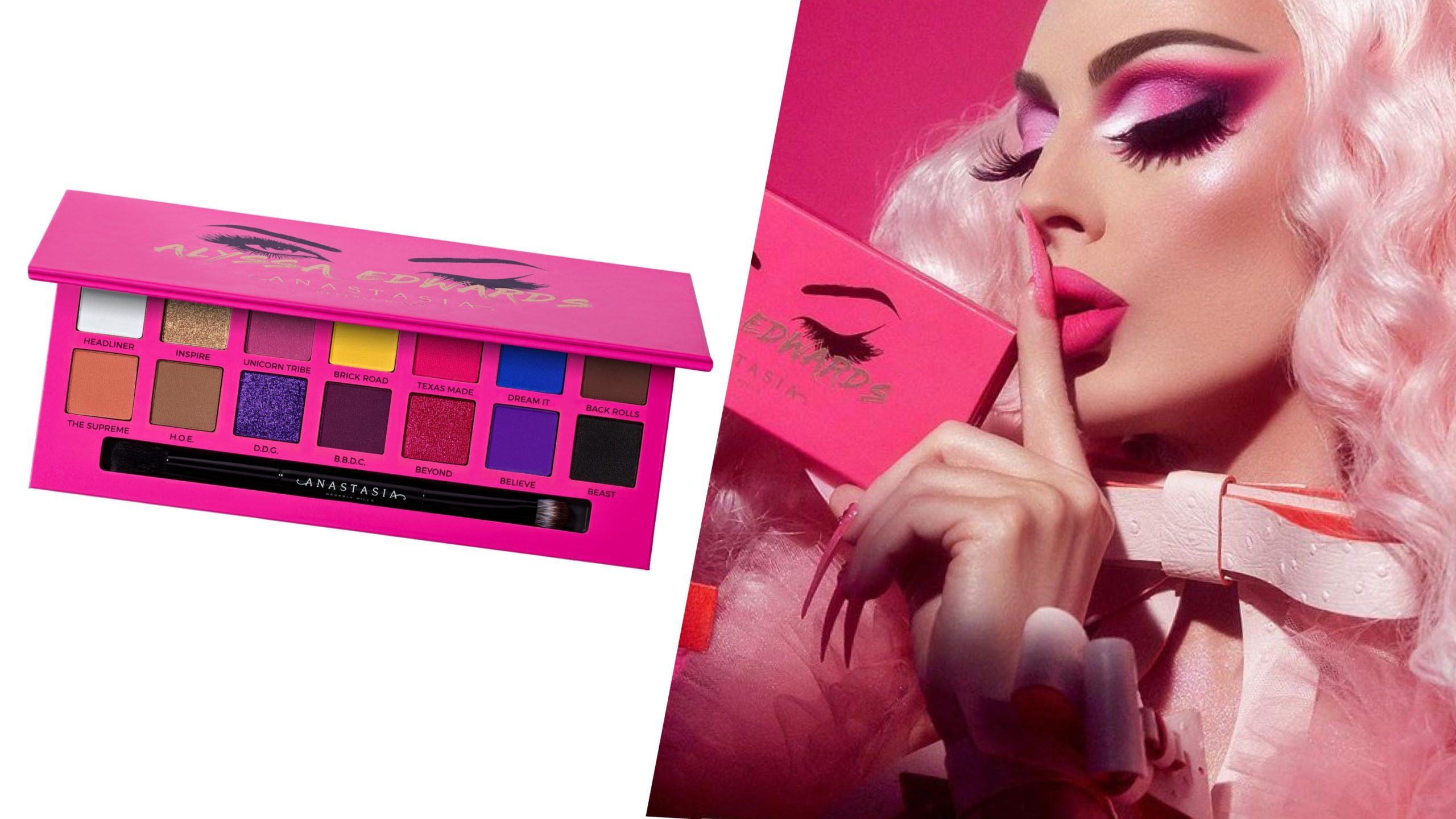 From contouring, baking, cut creases, having eyeliner and eyebrows on fleek—the influence of drag queens in the beauty and makeup industry is quite undeniable. So many were thrilled when Anastasia Beverly Hills, also known as ABH, an American cosmetics company known for its eyebrow products, collaborated with Alyssa Edwards to make her very own eyeshadow palette.

In May of 2019, Alyssa Edwards debuted her eyeshadow palette with Anastasia Beverly Hills. The palette consists of 14 shades of really loud and vibrant colours that perfectly represents Alyssa Edwards’ drag look. The palette retails at $45.00 Alyssa Edwards herself named the shades of the palette, with some shades referencing highlights of their drag life: a matte hot pink shade is named “Texas Made” (Alyssa was born and currently resides in Mesquite, Texas), an eggplant-colored shade is named “B.B.D.C”, short for Alyssa’s dance school, Beyond Belief Dance Company.

The palette has been well-received by the market, with many praising the palette’s highly-pigmented shadows with excellent quality.

Of her eyeshadow palette, Alyssa Edwards says: “I don’t get cute. I get drop-dead gorgeous…and now you can too! My dream for this palette was to create a colour story tht will give you life—one that will bring out the inner beast in everyone.”

In October of 2018, Netflix released a docuseries called “Dancing Queen” about Justin Johnson’s journey to become Alyssa Edwards and his life as an accomplished choreographer and dance teacher.

The series is composed of 1 season and is well-received, with fairly good reviews.

Alyssa Edwards has merchandise items available for sale on her website. So far she has a Showgirl T-Shirt, Showgirl 8 X 10 posters, and compact mirrors for sale. The showgirl shirts sell for $29.00 , while the compact mirror sells at $15.00

HOW CAN I GET IN TOUCH WITH ALYSSA EDWARDS?

For inquiries about Alyssa’s drag performances and bookings, you may contact her at booking@saywhatentertainment.com