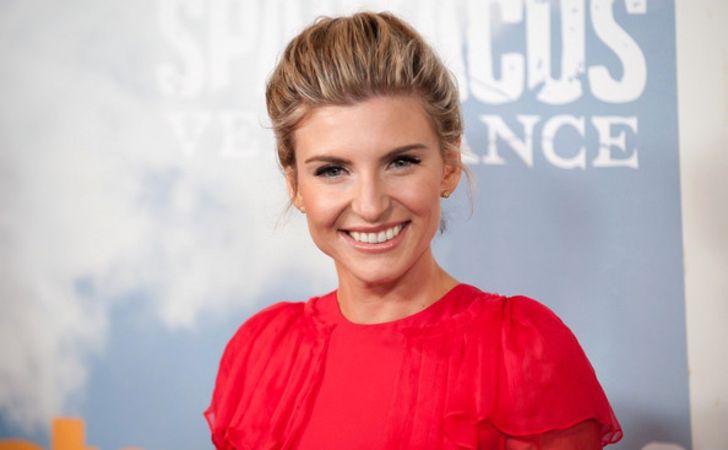 Viva Bianca is an Australian actress who rose to recognition from her role as Ilithyia in Spartacus: Blood and Sand and Spartacus: Vengeance. She is prominent who has many credits.

Now, let’s learn more about Viva, where we find out about her early life, career, and relationships!

Viva Skubiszewski, known professionally as Viva Bianca was born on 17 November 1983, in Australia. Also, she was born to Cezary Skubiszewski and Lee Skubiszewski. Viva’s father is a composer for films, television, and orchestra, and as such, Viva followed her father’s footsteps into the entertainment industry.

Moreover, she is an Australian national who shares Polish ancestry from her father’s side. Similarly, Viva was born under the star sign of Scorpio. She has a brother named Jan Skubiszewski, who is also a composer, producer and Sound Engineer. Viva grew up with her brother on the outskirts of Victoria, Australia, however, had to move due to their father’s work.

Let’s move onto her educational details. Viva attended the Western Australia Academy of Performing Arts and graduated as the outstanding student of her batch and received the recognition of ‘Best Actress.’ Above all, she cites that Cate Blanchett and Heath Ledger had a great influence on her acting career.

"The sense of possibility and limitlessness in LA is infectious and more potent than in any other city I've ever lived in." (Link to story in profile) #fashionfeminista #sheramag @sheramag

At the same time, her most distinguishing feature is her small face, plump lips, thin eyebrows, and U-shaped jawline. Viva has bright blonde hair complimented with beautiful blue eyes. Added to that, she mentioned in 2011 that she does yoga, walking, and running to boost her endurance and strength.

Viva Bianca Career As an Actor

In the year 2000, Viva made her acting debut with the children series Eugenie Sandler P.I. In like manner, she booked guest spots in the Australian tv series Marshall Law, Blue Heelers and The Strip. Viva made guest appearances in several Tv shows before landing a significant role in Spartacus.

Also, Panic at Rock Island was straight to tv movie, which saw her in the role of Paige. Viva then appeared in the main for the psychological thrillers Scorned and The Reckoning in the year 2014. At the same time, she starred in a dystopian futuristic movie titled Turkey Shoot. Despite working on thrillers, Viva appeared in a family movie titled A Prince for Christmas as Emma.

Later that year, she appeared in movies like Just Add Magic, Showing Roots, and Blind. In 2014, it surfaced that Viva was shooting Can’t Have You and Minutes to Midnight. These movies, however, announced the end of production and slated for 2019 release. Finally, let’s move onto the role that launched her to fame, Spartacus.

Viva landed one of the most critical roles in Spartacus: Blood and Sand as the cunning Ilithyia in the year 2010. The series was inspired by the historical figure Spartacus who led to the uprising of slaves and started a rebellion against the Roman Republic. In the series, Viva’s character bears the child of Spartacus. In 2012, she appeared as Ilithyia for the final time in Spartacus: Vengeance. The series became an incredible hit and lauded by fans and critics alike.

After 19 years as an actress, Viva Bianca has a net worth of $2 million. In the same way, she is earning around $35k for each episode. Nonetheless, Viva has an exquisite lifestyle, and when she is not working spends time travelling to different places, enjoying her family.

Furthermore, she is a progressive woman who supports and participates in various campaigns promoting human rights, especially women’s rights. On the other hand, she has no endorsement deals of any form. Lastly, she also owns a golden retriever that costs around $500-$2000.

Viva tied the knot to her fiancee Antonio Beliveau who happens to be a musician. The couple was together for several years before Antonio popped the question. After saying yes in 2016, Viva has become a mother to two beautiful children. Both of them are so happy and have a cute couple.

From Instagram, it is suggestive that the couple enjoys their company very much, and there are no signs of strain in their relationship. Likey so, as they are such wonderful parents to two children, a son and a daughter whose names remain under the radar.