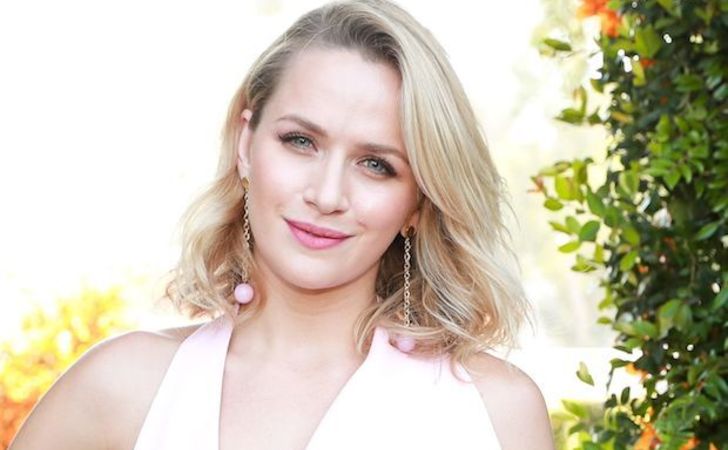 Shantel VanSanten, an American model and actress, is recognizable for portraying the role of Quinn James in The CW hit series One Tree Hill. Also, she features as the main cast on USA Network series Shooter as Ryan Phillipe’s wife.

This article deals with her early life, career, and relationship. Stick around and learn more about Shantel VanSanten!

Shantel VanSanten Wiki-Bio | Where Is She From?

Shantel Yvonne VanSanten was born on July 25, 1985, in Luverne, Minnesota, the U.S. However, the information on her parents and siblings are unavailable at the moment. Some sources confirm that she has two siblings, one of them called Jessye Kellogg. VanSanten is born under the star sign of Leo.

At the same time, Shantel is an American national. Although VanSanten is an American, she is 75% Dutch and 25% Norwegian. Hence she is fluent in Dutch. Nonetheless, her spoken language remains English. She is white, caucasian, and from a Christian background.

Also, VanSanten enrolled in Incarnate Word Academy, which was an all-girls college-prep school located in Houston, Texas. She also enrolled at Texas Christian University in Fort Worth, Texas. Interestingly, she was a model for Page Parkes Management when she started at a tender age of 15.

Shantel VanSanten Age, Height, Body Measurements | How Old Is She?

As of 2019, VanSanten is 34 years old. Likewise, she has an average American women’s height of 5’8″ (173 cm). Generally, she possesses blonde hair, but she can pull off any hair color. Shantel seems to have Hazel-colored eyes.

Further, Shantel remains physically fit. She’s continuously seen in the gym, working hard. Her body measures at 34-25-35 inches and is self-described as an hourglass figure with a slimmer frame. Similarly, VanSanten wears a cup of size 32B, shoe of size 11, and dress of size 2. She weighs about 121 lbs(55 kg).

She is best known as Quinn James in One Tree Hill and for playing Julie Swagger in Shooter airing in USA Network. However, her first Tv appearance was as a finalist on NBC’s Tv series Sports Illustrated: Swimsuit Model Search but unfortunately got eliminated in the first episode. Shantel has a few big-screen roles very prominent in “You and I,” Something Wicked, and The Final Destination.

For All we love. For all we lost. For all we hope for. For all we dream of. #ForAllMankind Beyond excited and proud to share the new @forallmankind_ trailer with you. Premiering November 1 on the @appletv app.

Shantel starred alongside Mischa Barton in a film adaption of the novel t.A.T.u. Come Back, which was filmed during 2017 but released in 2011. In spite of fewer big-screen roles, Shantel appears in several Tv productions; shows and film alike.

Furthermore, she has booked many guest spots or recurring roles in Three Wise Guys, Beauty & the Beast, The Flash,etc., and also stars as the main cast in some series like One Tree Hill, Gang Related, The Messengers, Shooter and an upcoming series called For All Mankind.

Shantel appears in 2011 music video by City and Colour titled Fragile Bird and in 2014 in Amy by Goodie Mob. In 2019, she appears as a playable female character called Wraith in Apex Legends.

Shantel VanSanten’s Net Worth | How Much Is She Worth?

Her involvement in Tv, films, and as a model made her amass a significant net worth of $5 million over the years. For instance, her earning per month is $37.5k. On the other hand, she makes money from modeling contracts as well as from some brand endorsements.

Shantel is an established Tv Actress, and hence it is probable that her social media presence also provides her with some commercial add-ons. Above all, she is a working actress, and with continuous involvement, in the coming years, she will have no problem accumulating more wealth. Tip: Hard work always pays off!

In particular, she had a fling with actor Michael Johnson sometime in 2008. After her breakup, Shantel dated her One Tree Hill co-star James Lafferty for a year. Eventually, she and British actor Jon Fletcher became romantically involved starting from 2016.

As per some sources, she now enjoys life with Canadian actor Victor Webster. Shantel does not have kids yet. Maybe she will in a few years if her relationship lasts longer!

“We are better than we know, perhaps if we can be made to see it for the rest of our lives, we will be unwilling to settle for this.” -Shantel VanSanten

With a beautiful quote from Shantel, we approach the end of this article. I hope you learned something about Shantel. Do check other materials on the Celebtattler website!