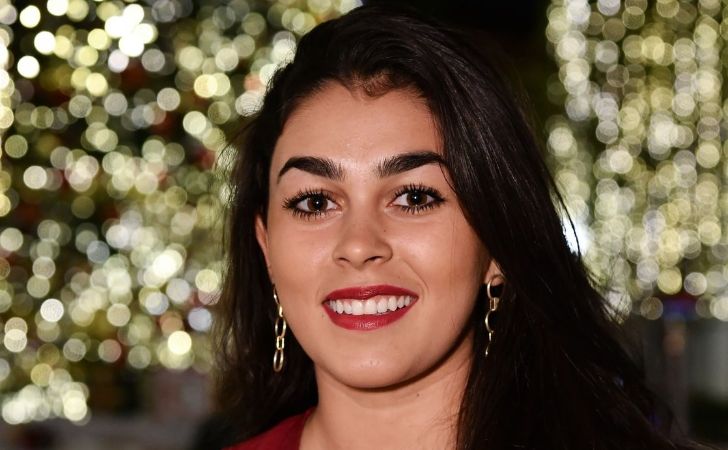 Being a person from one country and language, it is tough to be loved and admired by the people of the other nation. Natacha Karam is a diva who has both French-Lebanese and Northern Irish heritage but famous and loved in America.

She is rising to fame for her acting on TV shows like Homeland and Silent Witness as well as movies like Valentine’s Again and Category Five. She is new to the entertainment industry, but her well-wishers are increasing day by day.

Many people want to know more personal information about this wonderful actress Karam. So, to learn more about this diva, read this content to the end. But first, here are some quick facts about Natacha.

There is not much information about Natacha among the media as she is new to Hollywood. Talking about her birth, she was born in London United Kingdon but her birth date unknown to us.

Similarly, she grew up alongside her brother Christopher Karam in different places of the world as she had shifted from one country to another because of her father’s profession.

Moreover, she has lived the life of different places in the world. But the information about her parents, relatives, and childhood has to be revealed by the British origin American actress.

Further, she holds a Brtish Nationality and belongs to Caucasian ethnicity. Now coming to her studies, she got her A-levels education from Dubai College in 2012. And then she enrolled herself to City Lit College, London where she graduated in acting in 2014.

The British origin actress had a passion for acting from an early age. As she turned 18, she moved to London and made it her home. And following the footsteps of her passion, she auditioned for a role in O’Flaherty in 2014, but she did not get the part in that theatrical production.

Later, she did lots of hard work to sharpen her acting skills, and in 2015, she got offers for projects from three different stage productions, Public Inconveniences, The Revenger’s Tragedy and W.A.S.H.

A little bit of Jaz for those who are missing her- I know I am! Another @emmateaspoonsewell creation. Brave fans are the best fans ??

Moreover, following the same year, she got her first role in the short movie titled Clean Conscience. After that, she got more opportunities to showcase her talent among the mass of people through TV and big screens.

Her significant role that people know and love till now is Sergeant Jasmine ‘Jaz’ Khan on NBC’s The Brave. In the show, she played the role of an elite undercover military whose job was to handle the rescue mission in dangerous places and bring down the bad guys. Consequently, she has gathered a considerable number of fans from a military background.

There is no doubt that the British diva looks beautiful and gorgeous at the same time. She always does exercise, and wherever she goes, she carries out boxing to keep her body in perfect shape.

Talking about the appearance, she stands at the height of 5 feet 5 inches (1.65 m) and weighs 56 Kg (123 lbs). Furthermore, other things adding beauty to her appearances are her pair of brown colored eyes and her black colored hair.

Who is the Boyfriend of Natacha Karam?

Talking about her relationship status, she is in her singledom as there is no news of her being in a relationship. Moreover, she also has not introduced anyone as her boyfriend till date.

So we can say she is leading her single life to focus on her career. Other than her acting, she loves to enjoy and spend her free time with her friends and found often posting photos to her Instagram.

The British origin actress is active in the industry from a short time and worked only on a few projects, but she has made some right amount of money from her career.

According to sources, her estimated net worth is around $1 Million. Furthermore, there are more projects of her coming in the future, which will undoubtedly increase her net balance in the coming days.