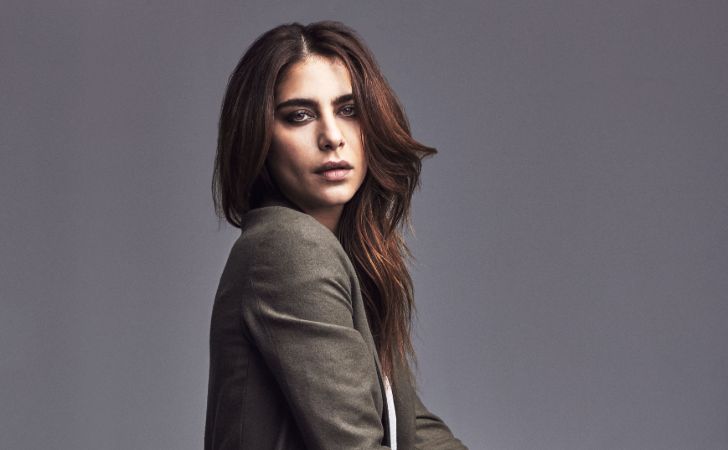 Nadia Hilker is a German actress and a model who gained limelight for her roles in Spring, a movie released in 2014. It received excellent reviews from the critics. She is now well-known for her appearances in The 100 as Luna and in AMC’s The Walking Dead as Magna.

This article discusses Nadia. If you know her, you might want to recap, and if you don’t, this article will help you understand her better. Let’s get right into it!

Nadia Hilker was born on 1 December 1988, in Munich, Germany. She was born to a Tunisian mother and a German father. However, further details are unavailable at the moment. Hilker’s Zodiac sign is Saggitarius. Also, she is a German national and is of German ethnicity.

#tbt from a ??‍♂️ ballerina to a zombie killer machine #goodtimes #zombies

Her mother worked in Lufthansa Airlines, and her father worked in the IT sector. Nadia has a brother. But we are unaware of the further details.

Nadia’s interest in show business manifested since her childhood. As she grew up in Germany, she learned ballet at age 4. After attending the London Royal Academy of Dance, she got discovered as a model.

Her body measurements are 30–inches of the bust, 23–inches of the waist, and 33–inches of hips. Nadia wears a cup size of 36A, but her dress size and her shoe size are unavailable at the moment.

Further, she has wavy dark brown hair of medium length complemented dark brown eyes. At the same time, she has a fair complexion, and her most distinctive feature is her high cheekbones.

Nadia’s started her career as a model for various national and international magazines and fashion companies. Later, she found a way into acting in the ARD feature film Zimmer mit Auntie where she was a lead alongside Jutta Speidel and Ingo b.

Nonetheless, Nadia found a different height with the 2014 film Spring portraying Louise. It is a romantic science fiction movie about a 2000–year old mutant girl who falls in love with a mortal man.

Spring went onto receive moderate reviews and also launched Nadia’s career to a different platform. As a result, Hilker won the Fright Meter Award in 2015 for her performance in the film Spring. Nadia also appears in the movie In the Gallery, The Divergent Series: Allegiant as the young-adult Nita and as Rowena in Collide.

In 2012, she appeared in the miniseries called The Other Wife. Likewise, she went onto have a recurring role as Luna Kom Floukru in The CW’s The 100. As of 2018, she is a series regular in AMC’s The Walking Dead, having first made a guest appearance where she portrays the role of Magna, who is seemingly unpredictable.

Nadia Hilker’s net worth is $1 million, assumably. On the other hand, her salary per episode is undisclosed.

She is also a model who appeared in commercials for Clearasil and C&A. Hence, she should make a significant sum from such a campaign as well.

Who is Nadia Hilker’s Boyfriend? Is she Dating or still Single?

No sources can accurately confirm her relationship status, but there are speculations that she is in a relationship with an unidentified guy named Mark Herbig. She has some Instagram posts suggesting she is dating a guy named Joe, although the details remain undisclosed.

Her role in The Walking Dead sees her portraying a lesbian character, so fans assume that she is a lesbian, but identifies herself as sexually straight. However, she is neither married nor has any children.