Lili Reinhart to star as Stripper in the upcoming movie ‘Hustlers’ 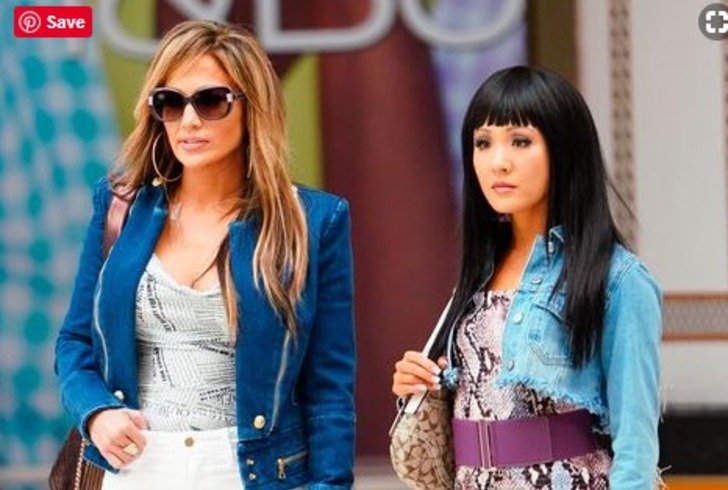 People will criticize you no matter what you do, so do whatever you want, so stay loyal to yourself, because, in the end, people will judge you anyway. Riverdale‘s actress Lili Reinhart is about to play in a new movie Hustlers alongside Jennifer Lopez and Cardi B in which she will be playing the role of a stripper that freak your mind.

So, get ready for her new avatar that will be soon in the theater. In this article, we are going to discuss how Lili rose to stardom and how much is her net worth.

Before that, take a look at her quick facts.

Lili Reinhart was born on September 13, 1996, in Cleveland, Ohio. Her full name is Lili Pauline Reinhart and raised nearby town of Bay Village. She has two sisters; Tess Reinhart and Chloe Reinhart.

Since an early age, she enjoys watching movies and tv shows and then developed her interest in singing, acting, and dancing. After that, she asked her mom to went to New York for auditions. Then she moved to Los Angeles, California to pursue her acting field but almost gave up after 5 months.

The Hustlers actress has an average height of 5 ft 6 inches (1.68 m). As of now, Lili is 22 years old. Furthermore, Reinhart has inked in different parts of her bodies. She has tattooed a rose on her right arm and an arrow on her left.

While growing up, Lili appeared in school and community plays. By the age of 12, she seriously wanted to make her career in the film industry and played the role of Alice in Alice in Wonderland and Veruca Salt in Willy Wonka & The Chocolate Factory.

Before Riverdale Lili Reinhart starred in the short films such as For Today and The Most Girl Part of You. Later Reinhart expanded her resume with lead toles in such movies;  Forever’s End and Miss Stevens.

Luke Perry: Wasn’t he too young to have a fatal stroke? Know his age, wife, net worth, wiki-bio >>

Not only on a big-screen but Lili also guest-starred on several TV shows like Law & Order: Special Victims Unit, Scientastic!, and Surviving Jack.

Finally, Lili got a breakthrough role in the teen drama television series  Riverdale that premiered on January 2017 on the CW network. In early 2019, The CW renewed some of the episodes for a fourth season and announced that the next would be set to premiere on 9 October 2019.

Reinhart portrayed the role of Betty Cooper, a smart girl who has a crush on Archie and also has a dark side. The blue-eyed, blonde-haired Lili did her job perfectly. The onscreen pair of Betty and Jughead, known as Bughead, is the favorite couple in the entire show.

On July 17, 2019, the Hustlers teaser dropped on the internet and fans are freaking out over Lili Reinhart’s new role. Lili plays the role of striper, who is also an associate of Jennifer Lopez. The-stars-studded cast includes Jennifer Lopez, Constance Wu, Cardi B, Lili Reinhart, Keke Palmer, and Lizzo.

The movie is based on a real-life story that a group of strippers swindled wealthy Wall Street men after the financial crisis of 2008. In the movie, she appears as Annabella, shared a movie trailer on her social media pages.

Moreover, Jennifer Lopez took to Instagram to announce the released date of Hustlers with a short clip.

Thass right ? SEPTEMBER 13. @hustlersmovie coming to a theater near you. ?

So, guys if you are a die-hard fan if Riverdale actress, Lili Reinart then don’t miss to watch her movie.

The Riverdale actress Reinhart has a crushed on her co-star Cole Sprouse who plays Jughead Jones since the beginning. Eagle-eyed fans gossiped about the two stars were more than friends. She sent a sweet message to Cole on his 25th birthday.

The couple also posts photos of them on each social profiles. However, both Lili and Cole confirmed their relationship in 2018 and has been together for almost two years. Reportedly, in January 2018, they vacationed together in Hawaii and spotted kissing in the city of love, in Paris, France.

Also, the pair attended several parties and events together. Reinhart and Sprouse stepped into the 2018 Met Gala, and on that event, the duo looked awesome together like they are made for each other.

Recently, it revealed that Riverdale co-stars, Lili Reinhart, and Cole Sprouse ended up their two years of relationship. Insiders reportedly said that the couple broke due to their different personalities and lifestyles.

The ex-couple last spotted at Comic Con in San Diego last weekend along with the Riverdale cast. She even poked fun at Cole on Instagram after the event.

She posted a picture of two that reads; “Please don’t put me between these two ever again.”

Please don’t put me between these two ever again.

Reinhart told Harper Bazaar that she didn’t want to talk about her relationship on the media. Right now, she is focusing on her career.

Like many other celebrities, Lili hasn’t revealed her actual salary. Though some reports suggest that Lili Reinhart has an estimated net worth of $2 million.

It is just the start of her career, and in the upcoming days, she earns more worth that added to her ner worth.

On various social media pages, which include Twitter, Instagram, Facebook, and Tumblr, Reinhart shares images and videos of her both personal and professional life. Also, she has talked about health issues from cystic to her mental struggles.

Additionally, Reinhart loves creating dramatic and eye-catching looks with special-effect makeup and even shared some of her Instagram.