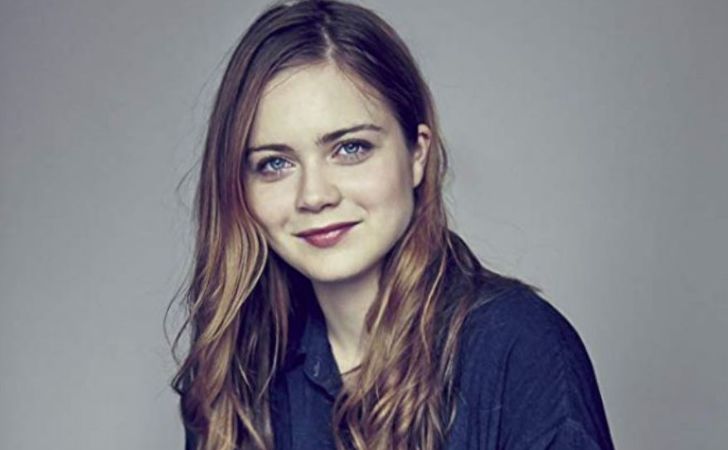 There are people across the globe that exude talent, and this Icelandic actress Hera Hilmar (or Hilmarsdóttir) is not an exception. She first garnered fame with Da Vinci’s Demons and Life in a Fishbowl.

Hera Hilmarsdóttir, known professionally as Hera Hilmar, was born on 27 December 1988, in Reykjavik, Iceland. Being birthed to  Hilmar Oddsson and Thorey Sigthorsdottir, she belongs to Icelandic and white ethnicity.  As you can see, Hera inherits her father’s first name as her surname. Her surname Hilmarsdottir translates to Hilmar’s Daughter in English.

Gleðilegan mæðradag mamma og allar heimsins mömmur <3 takk fyrir allt / Happy mother's day mamma and all the other mamma's out there <3 thank you for it all ✨✨???<3

In the same way, she is also a Capricorn. Icelandic people are all assumed to be related to Vikings, and Hera is no exception as her ancestors were technically Vikings. She carries the warrior blood and is a total badass. So, be wary if you are going to mess with her.

However, let’s move onto her education. Hera’s mother was an actress, and her father was a film director. Hence, it comes as no surprise that she would pursue acting in the future and likely, so Hera graduated from the London Academy of Music and Dramatic Art in 2011.

Hera also possesses red, mostly referred to as ginger, hair complimented with blue eyes. At the same time, she doesn’t have any form of tattoos.  Further, she is most noticeable for her squared jawline, fair complexion, and just naturally for being a badass. Hera wears a dress size of 4 to 6 and a shoe size of 8.5.

As per reports, she began her acting career with Icelandic biographical drama Tears of Stone in 1995. However, it wasn’t until 2007 that she would land a role in the movie titled The Quiet Storm. Hera was a lead and bagged nominations for an Edda award for her performance.

In like manner, she would portray a character named Lara in the movie Two Birds. Although she would go on to sign for three projects in 2012, none of them was her leading roles. Nonetheless, Hera booked roles in notable and successful movies.

Happy to announce we will be presenting #MortalEngines at #NYCC on October 5th. Follow along for more details. // Verðum á #ComicCon í NYC 5. október fyrir áhugasama ???

Leaving, World Without End, Anna Karenina, The Fifth Estate, We Are the Freaks and Get Santa were some of her minor roles. In 2013, Hera portrayed Vanessa Moschella in Da Vinci’s Demons, who was a Florentine barmaid appearing as a recurring character.

Conversely, Hera received critical praise for Life in a Fishbowl and won Edda award, a distinguished Icelandic award bestowed to outstanding achievements in film works. In like manner, she won this award again in 2017 for The Oath, an Icelandic film where she played the role of Anna. As a result, Hera landed nominations for Europe’s Shooting Stars during the Berline International Film Festival and finally won in a Special Mention category at the Zurich Film Festival.

Here it is! Trailer for #SEE for Apple Tv+ – incredibly proud of our work together ⚔️??⚔️ @seeofficial @appletv

Despite her wins, she is not showing signs of slowing down. An Ordinary Man, The Ottoman Lieutenant, and The Ashram are some of her leading roles. These movies are a must-see, and Hera demonstrates her talent to the best of her abilities.

In 2018, Hera signed to be part of the post-apocalyptic drama Mortal Engines which stars Hugo Weaving in a villainous role. Peter Jackson produced the movie and was her first big-budget production involvement. Although the film was not highly acclaimed, it did launch her into the limelight and opened a passage for many different projects.

Finally, one of the most lauded series Apple TV+ ‘s See which stars Jason Mamoa in the primary role. Hera portrays Maghra, Jason Mamoa’s wife, in the series. In a dystopian future, humans lost the ability of sight, and the civilisations manage to fare through such adversity. The show has eight episodes and is in its first season.

Correctly, sources speculate her net worth to be around $500k-$1 million. On the other hand, her exact salary is not available. We will update this soon!

As an actress and spending almost over a decade in the film industry, she undoubtedly lives an extravagant life. She frequents between the US, London and Iceland and is an avid wanderlust. Furthermore, we hope to see her on many new projects soon.

There is no record of her past and current romantic involvements. Sources do confirm, however, that she is sexually straight. A woman valuing private space, Hera isn’t open about her happenings to the public.

Nonetheless, she did a post on Instagram where an unidentified guy is hugging a girl. It is still under speculation that she is seeing someone. But, we do wish her the best in this area and will keep our fingers crossed that she finds her Mr Right very soon!