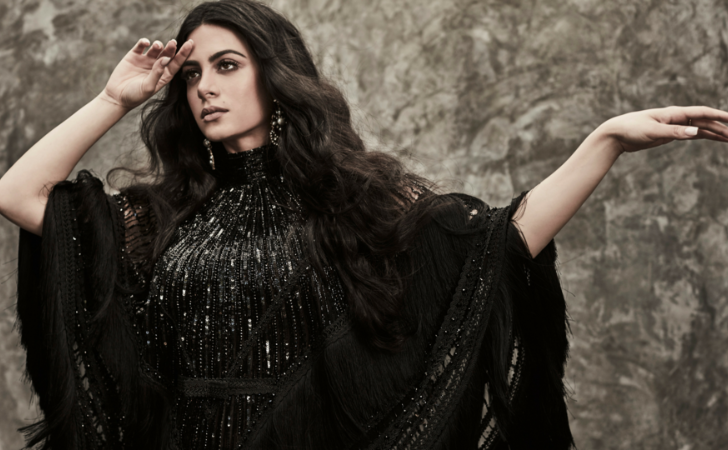 Emeraude Toubia is a Canadian-American actress and model who is famous for portraying Isabelle Lightwood in the Freeform fantasy series Shadowhunters.

Read the article to find out more about the beautiful Emeraude Toubia.

Emeraude Toubia was born on March 1, 1989, in Montreal, Quebec. She was born to Mirta Sonia, who was from Ciudad Victoria, Mexico, and Lebanese-American father whose name remains unknown.  Toubia is a Pisces.

?? Repost. . . @Matthewtoubia apparently the kendall & kylie game @kendallKylieApp loves ur style as much as we do @EmeraudeToubia ?✨

Although born in Canada, she moved to Brownsville, Texas, as the only child. Hence, she has both American and Canadian nationality. Emeraude has Mexican and Lebanese ancestry.

Toubia enrolled in Homer Hanna High School in Brownsville. At a young age, she trained in various forms of dances like classical ballet, flamenco, belly dance, and lyrical dance and also competed in several beauty pageants.

It is a perfect hourglass shaped body. Well, it’s no surprise for Toubia’s beautiful figure as Mexican and Latin women are genetically gifted.

Similarly, Toubia wears a shoe of size 7.5, the dress of size eight, and her bra size is 34D. Also, she remains fit and keeps her figure intact.

It’s mostly for her roles, but her activities helped to maintain her figure.

She also participated in several other modeling contests like for Model Latina and Miss Texas USA. Afterward, she became a presenter for many NBC Universo’s shows such as The Arena, 18&Over, and mun2POP.  Toubia co-hosted Billboard Latin Music Awards‘ red carpet special.

Moreover, she made an appearance in Cosita Linda, a Venevision telenovela, where she portrayed Dulce Rincón. Toubia other television, the credit includes Aurora, Voltea pa’ que te enamores, Tattooed Love, and Love in the Sun.

However, her primary screen time and popularity came with Shadowhunters, a series adaptation of the book The Mortal Instruments by author Cassandra Clare.

Above all, Emeraude Toubia received nods for Teen Choice Awards in Choice Tv Actress: Fantasy/ Sci–Fi category for Shadowhunters. Well, she hasn’t delved much into Hollywood just yet, and hence, in the coming years, she will be a successful actress undoubtedly.

What is Emeraude Toubia’s Net Worth? Salary, Income, & Career Earnings

Emeraude’s net worth is around $1 million, according to sources. Further details regarding her salary remain in the dark. But sources assume that her pay per annum is about $240k.

Furthermore, she appears in commercials for brands like Maybelline, J.C. Penny, Sony, Garnier, and AT&T.

There are no details regarding Emeraude’s past romantic relationships. Besides, at present, she is a married woman.

Emeraude Toubia married Prince Royce on 29th February 2019, and it seems the couple is going strong. She appeared in Prince Royce’s music video for his single Culpa al Corazón, and since then, they were sparking romance rumors.