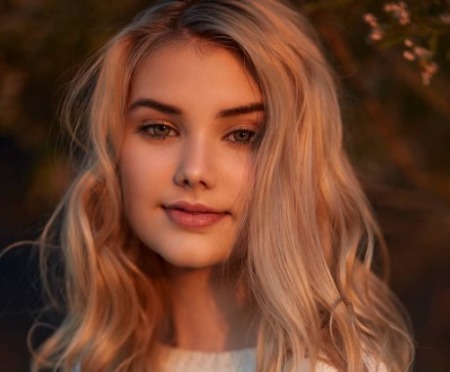 Courage, determination, commitment, sacrifice, heart, talent, guts; that’s what little girls are made of. No one can stop you when you have talent. American actress and reality TV star, Eden Wood secured her place in the entertainment industry when she was a toddler.

Similar, Eden has tried her hand in singing and dancing and has achieved both fame and fortune as a singer and dancer as well.

To know more about Eden Wood, keep up with the article until it ends.

American teen actress Eden Wood was born on February 18, 2005, in Arkansas. She was raised in the middle-class family. Her mother, Mickie Wood, co-wrote a book on which she described the journey to fame of Eden.

She is the only child of her parents. As of 2019, Eden is 14 years old. The teen actress posted a series of pictures of herself with a caption on her social accounts.

As of now, there is no information regarding her educational background, but we could assume that she is studying in high school. In leisure time, Eden loves spending time with her dolls and own a huge collection of Barbie dolls.

Eden Wood made her debut in the pageants when she was just a toddler. Since then, Eden started competing in the beauty pageants until she was six. The cute actress gained massive attention of the public after appearing on the reality show Toddlers and Tiaras.

Vince Vaughn: How Much Is His Net Worth? Know About His Wife, Kids, Age, Movies

Also, she has made her appearance on the shows many times and also featured on news shows include Nightline, 60 Minutes, Good Morning America and The Talk. Other than that, Eden made her debut as Darla in the remake of The Little Rascals in 2013.

Not only that Eden also appeared on her won series on Logo titled Eden’s World. Along with that, Wood learned gymnastics and even took classes of vocal and dance. Besides, Wood recorded many tracks, including Cutie Patootie. Also, she was the part of the musical group called LOL The Band.

Apart from that, Eden Wood is a model and has also modeled for different brands such as clothes, footwear, and more.

As a child, Eden grew up in the middle of the camera, so it’s never been new to her. Eden Wood has a net worth of $100,000. She earns quite a good amount of money at a young age. Her source of income mostly comes from TV shows and movies.

Besides, the cute teen generates extra income from her modeling that added to her net worth. She has modeled for a fashion line called Cicciabella. In addition, Wood her own fashion line The Eden Wood Line.

Does Eden Wood Have a Boyfriend?

Well, Eden is too young to have a boyfriend or to be in a relationship. Wood has not seen with any boy or involved in any controversy yet. So, it’s delightful to see Wood, focusing on her career.