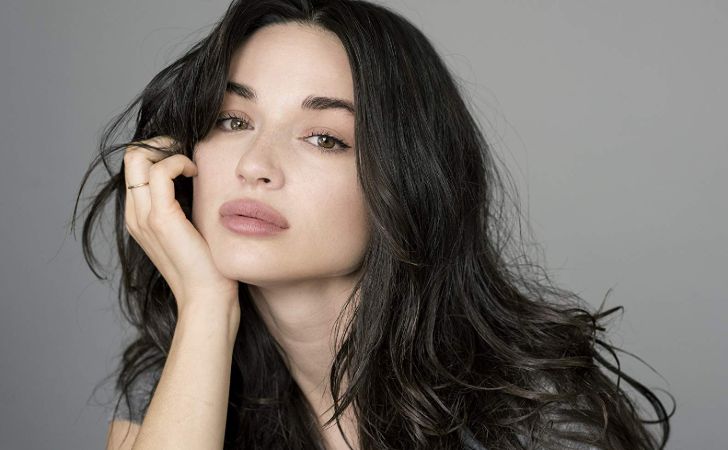 Crystal Reed is an American actress and model who is famous for starring in Sci-Fi Fantasy series like Teen Wolf as Allison Argent, DC Comics-based shows like Gotham( Sofia Falcone) and Swamp Thing(Abby Arcane).

This article dives deeper into the life of Crystal Reed. To learn more, continue with this article!

Crystal Marie Reed was born on February 6, 1985, in Roseville, Michigan. Although the details about her parents are under the radar, she has an older brother named Corey Reed and a sister named Danielle Reed. Granted that Reed and her family attended a Baptist Church when they became older, but they were initially a conservative Catholics.

She has Polish and Native American ancestry. Also, Reed is an American national and is a white, caucasian woman. She is an Aquarius.

Reed attended Roseville High School and graduated in 2003. At the same time, she was a dance captain in her high school, as she learned dancing at an early age. Since she was an active member of her community theatre, she also starred in musicals like Annie, Fiddler on the Roof and Grease.

Later on, she enrolled at Wayne State University to pursue a degree in Bachelor of Fine Arts. Eventually, Crystal dropped out because she was unsure about the course. Reed then moved to Chicago and appeared in many local productions until she finally set out to pursue screen acting in Hollywood.

In the same way, Crystal has a beautiful body that measures 34-inches of the bust, 24-inches of the waist, and 35-inches of hips. Also, she wears a dress size of 6, and her cup size is 34A.

Nonetheless, Reed has a beautiful smile complimented with dimpled cheeks and a very solid jawline. She occasionally keeps long black hair, and her eyes are Hazel-colored.

Crystal Reed Career | Does Alisson come back in Teen Wolf?

Reed’s career started as a guest role in CSI: Crime Scene Investigation, CSI: NY, Rizzoli & Isles and The Hard Times of RJ Berger. However, her big break came as a lead in MTV’s teen drama series Teen Wolf which was one of the fan-favorites.

She played Alisson Argent, who came from a family with a history of hunting werewolves. Reed’s character forms a romantic relationship with the main lead of the show played Tyler Posey. Reed appeared for the first three seasons of the show, after which her character was written off.

Crystal later disclosed that she left the show due to age-discrepancy between her and her character, although she made a cameo role in the sixth season for a single episode.

She would go onto make a guest appearance in Drop Dead Diva for a single episode. Moreover, her other leading role wouldn’t come until her role in Gotham season 4 as the cunning, despicable but equally likable character of Sofia Falcone, the daughter of crime boss Carmine Falcone.

The moment I saw @derekmears as Mr Swampy during our first screen test. What a wonder! #tbt

In 2019, Reed would be the star of the show called Swamp Thing, which was a DC Tv Production. Unfortunately, the show will not return for season 2, but the first season is available on the DC Universe network.

She also features in some movies like Skyline, Jewtopia, Crush, Too Late, Ghostland and Crazy, Stupid, Love which stars Emma Stone, Steve Carell, Julianne Moore, and Ryan Gosling. Reed is set to appear in Escape The Field, which is still in pre-production.

Net Worth | How Much Is Crystal Reed Worth?

Crystal Reed has a net worth of $3 million, which is due to her involvement in more significant projects and for her leading roles. According to sources, she is receiving $45k to $57k per year.

The movies she starred in like Skyline, Crazy, Stupid, Love and Crush grossed $68.3 Million, $142.9 Million, and $8.12 Million, respectively. So she earned a reasonable sum from these.

Crystal Reed tied the knot to Peter Nottoli in 2008, but the marriage was short-lived as they broke up in 2012. She went on to date actor Daniel Sharman whom she met on the set of Teen Wolf. From 2013 to 2019, she was in a relationship with Darren McMullen, who is a television presenter.

Thus we know that she is sexually straight. Reed doesn’t have any kids to date. Another fun fact about Crystal is that fans assume she is related to Twilight actress Nikki Reed. But it is not so; they have similar last names.