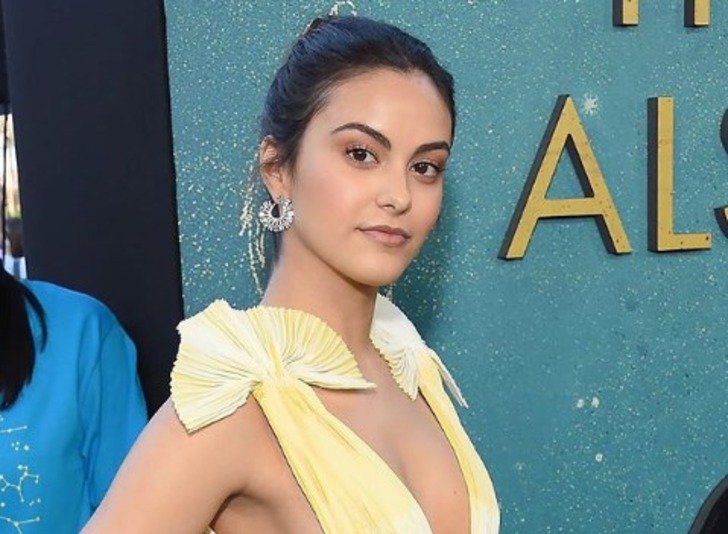 Brazilian-American actress Camila Mendes is best known for playing as Veronica Lodge on the CW‘s teen drama Riverdale. Her character of Veronica made Camila famous among teen fans and received more opportunities to play in movies.

Medes often appeared on the covers of numerous popular magazines. In addition, Mendes won the Teen Choice Award of Choice Scene Stealer for a role.

She has been casting in Riverdale since its premiere. So far, how much the actress earns from the series and other sources. Let’s find out including her relationship status.

Before getting into her wiki-bio, know some quick facts.

Born on June 29, 1994, in Charlottesville, Virginia, to Brazilian parents, Camila Carraro Mendes was the second child. Her father Victor Mendes is a business executive and Gisle Mendes, a flight attendant.

Mendes parents divorced when she was eight and raised by her single mother. She has an older sister Kiara Moren. She and her family lived a nomadic life, moved from the southern United States and lived for one year, at age 10.

Finally, they settled down in South Florida while she was studying in middle school. She attended American Heritage School, in Plantation.

In May 2016, Mendes graduated from New York University Tisch School of the Arts along with her co-star Cole Sprouse.

Camila Mendes is currently running on age 25. She has a height of 5 ft 2 inches or 1.57 m but her weight is not available.

The Riverdale’s romance is heating up!

Well, you might have already guessed of whom we are talking about. Another couple from Riverdale is Veggie. Camila Mendes and Charle Melton who plays the role of Veronica and Reggie, have turned their reel-life romance into real-life.

First of all, their romance rumors sparked by cozying up together on a beach towel in September 2018 and then started flirting on social media by commenting on each post. E! reported that they were dating and spotted kissing each other at a movie theater as the light went dim.

Lili Reinhart to star as Stripper in the upcoming movie ‘Hustlers’ >>

By October 2018, Camila went publically official through the Instagram posting a picture of Charles. Then at the end of 2018, the couple attended their first official event together at the 2018 GQ Men of the Year party.

The couple went to South Korea to celebrate New Year and Charles’s birthday. Furthermore, Charles got Cami’s name on his chest on 14 February 2019 but before fans freak out, Camila revealed that the tattoo was fake.

On June 27, 2019, Camila Mendes and Charles Melton stepped out in the New York City. Before that, they were seen sharing some PDA at lunch in Paris, France.

Mendes began her career, starring on in the Archie comic television adaptation Riverdale in 2017 on which he plays the main role as Veronica Lodge, the new girl in town who moved from NYC to Riverdale and becomes friends with Archie, Betty, and Jughead.

Another aspect Camila loves about her role is that she is Latina. She said that Latinos is strong, powerful, and intelligent. With her new fame, the Riverdale actress is currently building her acting career on a big screen.

She has appeared in films like The Stand-In, The New Romantic, and The Perfect Date. Her upcoming movies are Coyote Lake, Palm Springs, and Windfall.

Camila Mendes Net Worth and Salary

Mendes has accumulated an impressive net worth of $3 million. It’s not the end of her career, in the upcoming days, her net worth will increase as the show and movies gain more viewers and receive more public attention around the world.