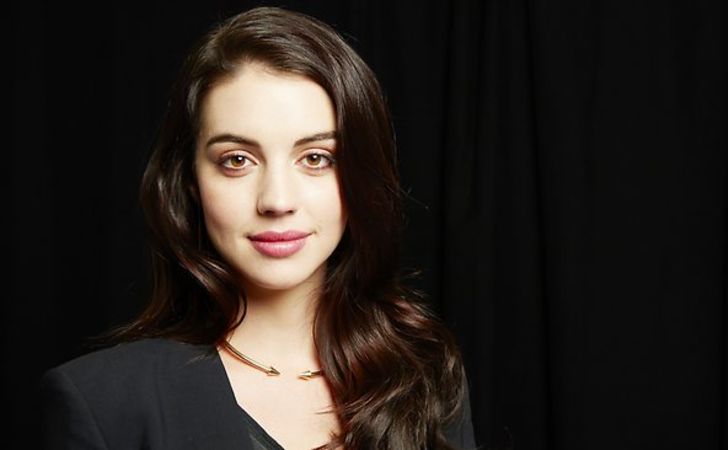 Adelaide Kane is an Australian actress recognized for her appearances in Teen Wolf, Reign, and Once Upon a Time.  Also, she first gained limelight from television soap opera Neighbours.

Adelaide Kane was born on 9 August 1990 in Claremont, Perth, Australia. Although she has a brother named William, the details about her parents remain unexplored. Adelaide is a Leo whose ethnic origins are Scottish from father’s side and Scottish, Irish, and French from her mother’s side.

In the same way, she is an Australian national who grew up alongside her brother, raised by a single mother as her parents divorced when she was seven. As a girl growing up in Perth, Adelaide enrolled in St. Hilda’s Anglican School for Girls.

Similarly, to pursue acting, she moved with her mother to Melbourne and New Zealand. But, for more prominent roles, Adelaide relocated to Los Angeles at 19 years old. Afterward, she landed roles that added fame to her name.

In like manner, Adelaide measures 34-inches of the bust, 24-inches of the waist, and 34-inches of hips. She wears a shoe of size five, whereas her dress size is unavailable. Further, Kane is most distinguishable by her long black hair (changes according to roles), her light smirk, plump lips, squared face complimented with brown eyes.

Since a tender age of three, Adelaide is performing as an actress. Her first performance was as a theatre actress, previously working as a dancer and a singer. While this may be true, she did advertisements and various commercials before she worked as an actor.

Hey! Have nothing to do this weekend? Live in Toronto or Vancouver? Do yourself a favor and go see @acquaintedfilm !!! Take a photo of your ticket and tag me in a post and I’ll put you on my storiesss!!! CHECK OUT MY INSTASTORY FOR TIMES AND TICKETSSS ??????

Besides, Adelaide’s first theatrical role was as a Munchkin Mayor in the popular The Wizard of Oz play. After that, in the following years, she acted in Fiddler on the Roof, Oliver!, Our Day Out and Anything Goes. While many might not remember her from these, but in subsequent years, she would etch her name in people’s minds through her television and movie roles.

For instance, in Neighbours, she plays Lolly Allen in a significant role. It is an Australian soap opera that has been running since 1985. Added to that, Adelaide booked many leading parts alongside some recurring and guest roles.

Let’s first discuss her recurring and guest roles. In 2013, Adelaide appeared as Cory Hale in MTV’s Teen Wolf as Derek Hale’s sister. Her role sees her as a Werewolf and is ultimately scratched off-screen.

Moreover, she appears in “Whose Line is it. Anyway?” as herself for a single episode. In 2019, Adelaide makes a cameo in Into the Dark as Wendy. On the other hand, we can see her in a recurring role in Dragons: Race to the Edge as Queen Mala, and Once Upon a Time as Drizella or Ivy Belfrey.

They don't make vases like they used to ? all new ep of @onceabcofficial on tonight! On @abcnetwork 8/7C ?

Simultaneously, Adelaide makes an appearance in CBS’s American drama series titled SEAL Team as Rebecca Bowen for four episodes. In the same way, Secrets of the Mountain, Can’t Buy Love, A Midnight Kiss, A Sweet Christmas Romance are some of her made-for-tv films.

On the contrary, she booked some vital roles, which include Power Rangers RPM, Pretty Tough, and Reign, which ensured her recognition as an actress.  In Power Rangers RPM, a popular children series, Adelaide portrays a gynoid who occasionally switches sides from good to bad and vice-versa.

New episode of @cw_reign out tonight! We'll be live tweeting peeps so please tune in! ?? #reign

Furthermore, Adelaide’s other primary role was as Charlie in Pretty Tough. Afterward, she had a leading role in The CW’s Reign, a historical romantic drama where she appeared as Mary, Queen of Scots. This role was sufficient to establish fame for her acting status.

Now, let’s explore her big-screen performances. To illustrate, Adelaide made her film debut in Donner Pass as Nicole. And, her other film credits include Goats, Louder Than Words, the horror flick Blood Punch, and another horror The Devil’s Hand.

Nonetheless, Adelaide is most notable in The Purge as Zoey Sandin and its sequel, The First Purge. The Purge bases on the premise of crimes being legal for a whole night and a family that must escape this dangerous fate and find safety.

Finally, she appeared in short films, A Letter Home, Realm, and Arcana, in which she serves as an executive producer. Acquainted is another movie she serves as both an actor and a producer.  The Swing of Things is her upcoming movie in 2020, which is under post-production.

Net Worth | How Much Is Adelaide Kane Worth?

Adelaide’s stint as an actress garnered her a net worth of $6 million. According to reports and various other sources, we have come to find out that she earns $18k-$20k per episode depending on her roles. Adelaide also owns a dog whose exact cost is under review.

Nevertheless, she is a star that will not burn out anytime soon. And we can ascertain that we will see more of her in the future and that her net worth will be on an upward trend.

We are all aware of Adelaide’s relationships. Her love life never saw a downside even after shifting from one handsome man to another. If you are not mindful whom she had romances with, let’s get right in.

In particular, she dated Ian Bohen, who was her Teen Wolf co-star. Surprisingly or weird enough, the actor played Adelaide’s uncle in the said show. Apart from this, Adelaide was romantically involved with actors Connor Paolo, Gregg Sulkin, and Toby Regbo. At present, she is dating a guy named Joey Pauline.