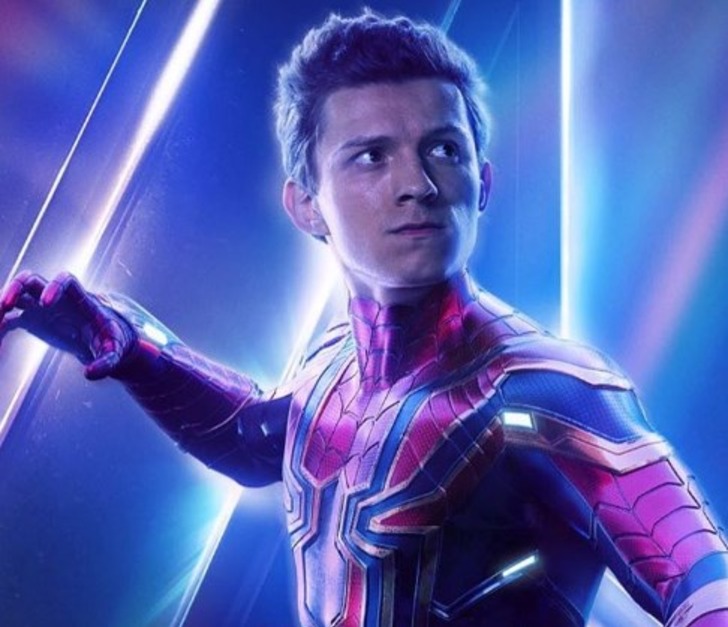 British-born actor Tom Holland is widely known for playing Spider-Man as the superhero in the Marvel Cinematic Universe. On June 26, 2019, Spider-Man: Far From Home released globally that is the sequel of to Spider-Man: Homecoming. The movie grossed over $861 million across the world and making it the fourth-highest-grossing film of 2019.

Who is Tom Holland Dating? New Couple in town!

Well, many of you might have thought that Tom and Zendaya are a couple, but it isn’t true. However, he co-starred along with Zendaya, who plays MJ. As Petey Parker, Tom’s a goofy, awkward teen navigating love in Spider-Man: Homecoming and Spider-Man: Far From Home.

Reportedly, Tom was spotted cuddling up with a beautiful blonde at British Summer Time Hyde Park Festival in London. Sources told that the two were seen watching the concerts of The Balck Eyed Peas.

According to TMZ, the mysterious blonde was a rocking Gwen Stacy vide and putting her arm around Tom’s waist.  Based on what we see his public display of affection, things seem pretty romantic between them.

How old is Tom Holand?

Tom Holland, born as Thomas Stanley Holland, was born on June 1, 1996, in Kingston-upon-Thames, England. That makes his age 23 years old as of now.  He is the eldest among four children and born into an artistic family. His mother, Nicola Holand is a photographer and father Dominic Holand is a stand-up comedian and an author.

Tom has two twin brothers; Harry and Sam. Also, he has a younger brother named  Patrick aka Paddy. Tom attended the Donhead Preparatory School and then enrolled in Wimbledon College. After that, he went on to the BRIT School for Performing Arts and Technology in Croydon, England.

How Did Tom Holland Get this height of Success?

Before entering the film industry, Tom Holland got his start from theater plays. During the time, he was caught by choreographer Lynne Page while performing in the Dance Festival. After several auditioned finally, he made his West-End debut in Billy Elliot The Musical, as Billy’s best friend Michael in 2008 and received critical acclaim.

After the success of Billy Elliot, Holland was tapped to voice the character of Sho for the 2010 animated movie The Secret World of Arrietty. However, his role in the 2012 movie The Impossible that established himself as one of the prominent young actors in the film industry.

Moreover, Tom starred in the movies; How I Live Now, Locke, In the Heart of the Sea, Edge of Winter, The Lost City of Z, Pilgrimage. Additionally, Tom Holland made his appearance in the 2015 British TV series Wolf Hall.

Throughout his career, Holland has won several awards for his roles. He received BAFTA Rising Star Award and a Saturn Award for Best Performance by a Young Actor in 2017.

Tom Holland became the newest member of the Marvel Cinematic Universe in 2015. He was only 19 years old when he was cast a Spider-Man/Peter Parker in Marvel’s movie Captain America: Civil War that released in 2016.

Following the year, he appeared in Avengers: Infinity War, Avengers: Endgame, Spider-Man: Homecoming, Spider-Man: Far From Home that received extraordinarily well by both critics and fans.

Among his forthcoming projects, Tom is set to star in several films that released in 2020. He will be starring in five films; Spies in Disguise, The Voyage of Doctor Dolittle, Onward, Chaos Walking and The Devil of all time.

But you won’t get to see his face in the Pixar production Onward and The Voyage of Dr. Dolittle in which he will only serve the voice.

So, if you’ve enjoyed watching Tom Holland’s Marvel movies, then guess how much his net worth is.

Tom Holland has a net worth of $6 million. Reportedly, he was paid around $500,000 for his first Spiderman.

The Spiderman has over 26 million followers on Instagram, where he keeps posting about his latest work.