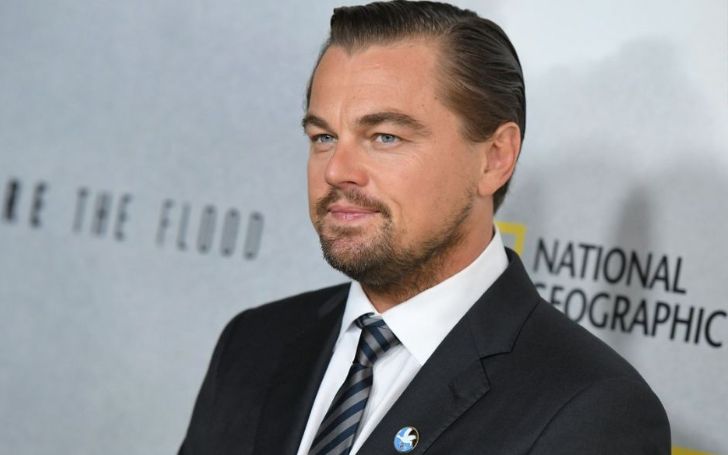 How did he become one of the richest actors in the world? You’d scream if you find out how much did DiCaprio make for Titanic. To know every detail regarding Leonardo DiCaprio net worth over the years including his cars, house, mansion, jets, stick with us.

Throughout his career, The Titanic’s actor DiCaprio ensured that the movies he acted in become one of the most profitable for his career. Take the example of 2013‘s The Wolf of Wall Street. You can see him, how closely he’s attached with money. Or did I said it wrong? ….Ugh… sorry .. but it’s “How closely money is attached to Leonardo DiCaprio!”

Every action he takes now turns into valuable assets because of his stardom. In fact, Leonardo DiCaprio’ net worth as of now is $260 million, making him one of the richest actors in Hollywood.

From The Basketball Diaries to Once Upon a Time in Hollywood, the 44 years-old still-handsome Hollywood actor garnered millions of dollars with his flamboyant talent. Between 1995 and 2019, DiCaprio earned $300 million in box office salary and bonuses.

How Much Did DiCaprio Make For Titanic?

DiCaprio’s salary for the 1997 movie Titanic was $2.5 million. Back then, Leo negotiated for a 1.8% share of gross revenue. While Titanic went on to gross $3 billion worldwide, Leo bagged $40 million over time.

Leonardo DiCaprio Net Worth, Salary, Income, and Earnings From Movies

First of all, Leo’s huge paycheck was $1 million that he swept from 1995‘s The Basketball Diaries. Late, Leo to command $20 million for the 2000s The Beach.

The Wolf of Wall Street – $25 million

Once upon a time in Hollywood – $10 million

The American actor Leonardo DiCaprio is a business magnate and a real estate tycoon. His real estate portfolio (including the private island) is estimated to be at least $100 million.

Back in 1998, DiCaprio spent $1.6 million on his first oceanfront Malibu home.

Likewise, DiCaprio owns three lavish homes in Los Angeles; out of which two is in the Hollywood Hills and one in Silver Lake.

Not only that, but Leo also owns two other oceanfront mansions in Malibu, one of which he purchased back in 2016 for $23 million.

Moreover, the Hollywood hunk owns two big apartments in the busy streets of New York City worth $10 million and $11.7 million.

In 2005, The Aviator actor acquired 104-acre private island in Belize for $1.75 million. For many years, the Blackadore Caye Island was left untouched.

However, in 2016 Leo announced that he would turn his property into an eco-friendly private resort.

The resort new plans include 36 estate-style houses & 36 bungalows, which will be sold to private owners. Blackadore Caye houses’ will be sold at $5 – $15 million per piece which will be facilitated by 100% renewable energy with zero footprints.

Leonardo has been the face of Tag Heuer watches and has endorsed more brands overseas.

In 2017, DiCaprio became the brand ambassador for BYD, a Chinese electric car company. Furthermore, Leo is the early investor in Beyond Meat, a vegan fake meat company that went public in May 2019 at a $4 billion valuation.

After the massive success of Titanic, Leo subsequently established the Leonardo DiCaprio Foundation, in 1998, an environment based firm.

Till 2019,  the non-profit foundation has already raised more than $80 million. Leo personally donated $35,000 for the establishment of the Leonardo DiCaprio Computer Center at the Los Feliz. It is the California based Library built on the former site of his childhood home.

As of now, Leo doesn’t own a Yacht. However, he once rented a $678 million worth Yacht from Sheikh Mansour, a billionaire politician who is the current prime minister of the United Arab Emirates.

Neither does he owns a private Jet, but rather uses a rented on that costs him nearly $40,000 for each flight. Earlier this year, Leo got criticized for flying on a private jet with his 21-year-old girlfriend Camila Morrone.

Also, back in 2013, for over 6th private Jet journey and an expense of $177,550 he fell into the crowd of critics! Now, he’s back to commercial flights being an environmentalist!