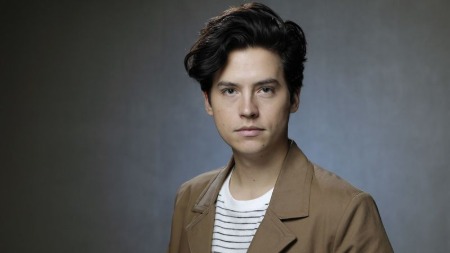 While growing up, you are trying to mimic a certain character about your favorite celebs which often takes lots of time playing the roles into your real-life and kind of becoming that thing. Riverdale actor, Cole Sprouse made his debut on-screen with his twin brother Dylan Sprouse as a child star to adult.

Sprouse is the very first actors cast on the CW’s series Riverdale and since the beginning, fans loved his role as Jughead Jones.

Before that, take a look at Cole Sprouse quick facts.

Riverdale’s fans had been freaked out when they heard the rumors that Cole Sprouse and Lile Reinhart broke up. The series co-stars kept their relationship private until they announced. Well, let’s find out, still, the couple is together or not?

Hold on, here the bad news for you guys. Both Cole and Lili are not together now. After two years of dating, the couple broked up early in this summer.  According to Insiders, Cole and Lili ended their romance due to very different personalities and lifestyles.

Reportedly, the couple started dating since spring 2017. His girlfriend sent a warm message, on his 25th birthday and many fans speculated that they were the couple. Subsequently, in early 2018, the Riverdale co-stars went on a trip to Hawaii and also, spotted kissing in Paris, France.

Furthermore, Cole and Lili have followed each other on social media as well as posts a series of photos on each social profiles. Additionally, the duo attended the 2018 Met Gala.

In March 2019, in an interview with Glamour magazine, Cole spoke about the romantic date that he planned for his long-time girlfriend.

The twin brothers, Cole and Dylan Sprouse made their appearance in the movie Big Daddy along with Adam Sandler in which they played the role of Julina McGrath. Prior to, the twin brother played the youngest son of Brett Butler in the TV series Grace Under Fire that premiered from 1993 to 1998.

Again Cole and Dylan Sprouse appeared in the movie The Astronaut’s Wife. Following the year, Cole alone starred as Ben in the hit TV series Friends. Moreover, Cole and his twin brother rose to fame in the Disney Channel sitcom The Suite Life of Zack and Cody in which Sprouse played Cody.

His other films and televisions include I Saw Mommy Kissing Santa Claus, The Suite Life Movie, AppleJack, Holidaze: The Christmas That Almost Wasn’t, Eight Crazy Nights, I’m in the Band, So Random! and more.

After his graduation, Cole started playing the adult role with the CW series Riverdale that premiered in 2017. For the fourth season, CW renewed 22 episodes. The fourth season set to be released on October 9, 2019.

Spouse plays the character of Jughead Jones, a philosophically inclined social outcast who is Archie‘s best friend.  For his role, Jughead dyes his blonde hair black and also, a boyfriend of Betty Cooper. Other stars of the series are KJ Apa, Lili Reinhart, Camila Mendes, featuring Vanessa Morgan and a few more.

Cole earns his net worth through many roles in films and television. Cole has a net worth of $8 million, as of now. However, the combined net worth of the twin brothers Dylan and Cole Sprouse are $16 million.

Riverdale star Cole and Dylan make per episode of The Suite Life of Zack and Cody around $20,000 in early 2000.

Cole Mitchell Sprouse was born to parents Melanie Wright and Matthew Sprouse on August 4, 1992, in Arezzo, Tuscany, Italy after her twin brother Dylan. As of 2019, his age is 26 and currently, residing in New York City with his parents.

Cole attended Laurel Springs High School and completed in 2010. Then he enrolled in New York University.

In addition, in his personal accounts, he features his original photographs including shots of his girlfriend on @sprousemasterworks