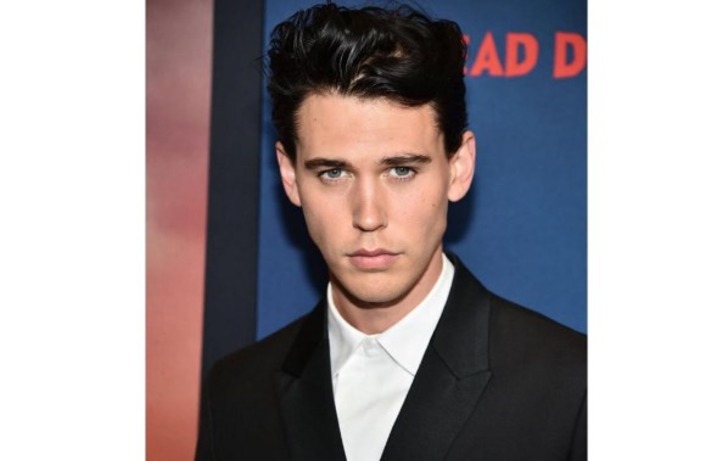 “Never stop dreaming, always follow your heart and one day sure, you will be what you want to be.” American-born actor, Austin Butler who has a role in Jim Jarmusch‘s movie The Dead Don’t Die and has also been cast in Quentin Tarantino’s upcoming film Once Upon a Time in Hollywood that sets in 1960s Los Angeles, and starring famous celebrities; Leonardo DiCaprio, Brad Pitt, and Margot Robbie.

Today, in this article, we are exploring the details of Vanessa Hudgen boyfriend age, salary, profession, and personal life.

But before getting into his bio, let’s know some quick facts of Austin Butler!

The son of David Butler and Lori Anne, Austin Robert Butler opened his eyes on 17 August 1991, in Anaheim, California, making his age 27. He is of mixed ethnicity and holds American citizenship. He grew up with his older sister named Ashley Butler, who is also an actress.

Austin attended a public school until 7 grade; he then began homeschooling. He graduated from California High School Proficiency Exam.

Austin Butler has a height of 6 ft 0 inches and weighs is around 68 kg. The hunky actor has a blue pair of eyes and blonde hair.

While growing up, Austin Butler enjoys watching movies and also, tried to act the role of some celebrities. This led to developing a keen interest in the acting field.

Recently in the published news on Monday, on 15 July, Baz Luhrmann‘s announced that he has found the King for his upcoming biopic movie.

Zac Efron: How old is he? Rumored Girlfriend, Alexandra Daddario & Net Worth >>

Butler posted shared the news to his Instagram, stating, “You have made my life complete, and I love you so” with a picture.

On the photo, Butler showed off his new style slick black hair that makes him look exactly like the King of Rock ‘n’ Roll.

It has been almost a decade, the former High School Musician actress, Vanessa Hudgens, and actor, Austin Buttler is dating. As per sources, the duo first met on the set of High School Musical but he was not in the movie.

At the time, his now-girlfriend, Vanessa was dating ex-boyfriend Zac Efron. After Hudgens break up from Efron in 2010, she romantically linked to Josh Hutcherson and then Austin. The two has had spotted in many public places as well as events. Reportedly, Butler was spotted leaving Hudgens in her home one night back in September 2011.

A year later, both Austin and Vanessa took their romance out on town and were seen kissing at a Knicks game at Madison Square Garden on December 2012. In 2015, The Carries Diaries actor shared the first photo of his girlfriend on his Instagram page and eventually announced their relationship official.

Subsequently, in 2017,  the rumored swirl around that she was engaged. However, later she took a Twitter to clarified that she was not engaged. Vanessa posted a picture of herself to show her news haircut not to show off her diamond ring.

Recently, Austin and Vanessa spotted walking together around Los Angeles Monday, just hours after he was cast as Elvis Presley in Baz Luhrmann’s upcoming movie.

Vanessa shared a screenshot of Deadline’s report on Austin Butler’s casting on July 15, 2019, with a caption on her Instagram account. She Stated,

Austin Bullter established himself as a successful actor in the Hollywood industry. He made his first debut in 2005 on Nickelden’s Ned Declassified School Survival Guide as Lionel Scranton that aired until 2007.

Since then, Austin has appeared on many TV shows like Jonas, Arrow, CSI, The Carrie Diaries, and Switched at Birth. He played the lead role of Wil Ohmsford in the fantasy drama series The Shannara Chronicles from 2016 to 2017.

Besides, The CSI actor also appeared in the number of movies such as Aliens in the Attic, Sharpay’s Fabulous Adventure, My Uncle Rafael, The Intruders, Yoga Hosers, Dude, and The Dead Don’t Die.

His latest film Once Upon a Time In Hollywood that will release on July 26, 2019, on which he played the role of Charles “Tex” Waston.

Outside from acting, Butler is a talented musician and has been recording music from an early age. When Austin was just 13,  he started playing guitar and piano at age 16. Additionally, he has a hobby of collecting guitars as well as playing basketball, hiking, and cycling.

Over the years, Autin has recorded several singles like Possibilities, Life I Love You, Not, Humming Melody, and Lost in Your Own Life.

The Dude actor earns a massive amount of salary through his appearance on the televisions and movies. Austin Butler has a net worth of $4 million, as of now.

Not from his acting but also he made impressive money from his music sales, tour and promoting brands.