Home » Awards » Taylor Swift: Is She Engaged to English Actor Joe Alwyn? Know Her Net Worth & Past Affairs

Taylor Swift: Is She Engaged to English Actor Joe Alwyn? Know Her Net Worth & Past Affairs 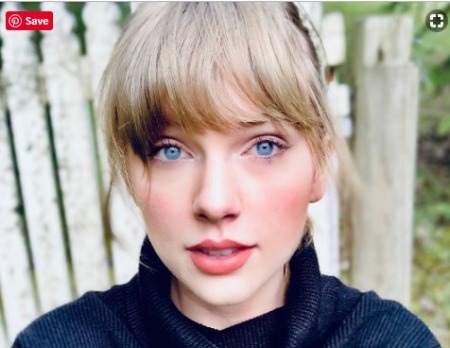 Look What Made You Do American singer, Taylor Swift is stranger to love. Taylor defined the red color as the symbol of love, infatuation, happiness, passion, all that. On the other hand, it means fear, jealousy, hate, frustration, and anger. So it depends upon how you take it.

Being a relationship means, you don’t have to show to the world that who you are with and how you are doing. Just keep your private life a low key and live it simply.

Taylor Swift is one of the best-selling artists on the planet who has earned an enormous success at 29 age. Till to date, Taylor won 10 Grammy Awards, 23 Billboard Music Award, 23 American Music Award, 12 County Music Association Awards and held six Guinness World Records.

Let’s figure out how much is her net worth, and who is she dating currently including her past relationships.

Who is Taylor Swift Dating?

Love is in the air!

American singer Taylor Swift is currently romantically involved with the British actor Joe Alwyn. Recently, Taylor and Joe went to Paris on May 24, 2019, and were spotted holding hands in Beaubourg. The 29-year-old singer appeared on Friday’s episodes of The Graham Norton Show in London.

Keeping their relationship out from the media seemed to be working for the duo who has been together since 2016. The two met at Met Gala in 2016, a year later, Taylor revealed to The Sun that they are in a serious relationship.

Also, Joe never skipped a single performance of her and spotted kissing at the jingle bell in late 2017. Then the same year, she released a song Delicate from her sixth album Reputation which is about Alwyn.

The Sun told that Swift was looking for a house in London to be closer to the Alwyn and planning to move in together very soon. Additionally, Taylor and Alwyn went public in September 2018 as they returned from a date in NY to her apartment.

In late 2018, there was rumored that the duo likely to get engaged very soon. The Shake It Off singer surprised her audience by appearing on the stage at the 2019 Gloden Globes to present the award for the Best Original Song. As per US Weekly, the two made eyes contact while she was on stage.

Do you remember the Academy Awards when Laday Gaga and Bradley Cooper song together with the song Shallow? Yeah, Joe appeared without Taylor but were seen at the Vanity fair Oscars after party.

Before being with Joe, Taylor dated numerous handsome celebrities. She dated Joe Jonas from for a few months until he broke up with her over a 27-second phone call. Then she began to fling with actor Taylor Lautner and dated briefly.

After break up with Taylor, Swift started flirting with John Mayer, who is 11 years senior to her. When she split up with him, Swift wrote a song Dear John.

In 2010, from October to December, Swift had an affair with Gyllenhaal and even spent Thanksgiving together with Gyllenhaal’s sister Maggie. Then Swift dated Conor Kennedy for a while whom she met through his grandmother Ethel.

Later she dated One Direction’s former member Harry Styles though they were together for short a while. In 2016, Swift dated the British actor Tom Hiddleston for a short time after she officially split with Calvin Harris.

Over the years, Taylor Swift has only grown and has released a total of six albums to date. She is one of the best-selling singers, sold more than 50 million albums and 150 million single downloads globally.

To promote her album, Taylor went to the Reputation Tour that grossed over $345.7 million which was the highest grossing tour in the US history.

Swift stepped into the music industry, releasing her self-debut album that peaked at number five on the Billboard 200. After that, the second albumFearless released in 2008 including two hit singles Love Story and You Belong with Me that earned four Grammy Award and became the youngest Album of the Year winner.

Swift continued to top the chart, releasing her fifth album called 1989 which received three Grammys. The album spawned three singles Shake It Off, Blank Space, and Bad Blood that debuted topped on the US Billboard 200 and sold over 1 million copies within a week in the USA.

Taylor Swift is one of the highest pop singers in music history who has received widespread media coverage. At the age of 16, she earned fame as a country singer. Taylor Swift has an estimated net worth of $320 million, as of 2019.

Her primary source of income comes from her music sales and tour. Swift is not only a musician but also a social media influencer and business mogul. She earns millions through endorsing brands like Diet Coke, CoverGirl, Keds, and Apple.

Besides, she invests some portion of her income in real estate and has owned around $86 million worth of property across the USA.

Further, she works as a philanthropic and donated $70,000 books to her hometown library at the beginning of her career. Afterward, Swift donated $50,000 to the CHOP and the same amount to NYC schools. In 2019, Taylor donated $113,000 to the Tennessee Equality Project, an LGBTQ advocacy group.

Taylor Alison Swift was born on 13 December 1989, to Scott Kingsley Swift and  Andrea Gardner Swift, in  Reading, Pennsylvania. She has a younger brother, Austin Swift who is an actor.

Taylor attended the preschool and Montessori and kindergarten at the Alvernia Montessori School and later transferred to The Wyndcroft School. Then she joined Wyomissing Area Junior/Senior High School.

Selena Gomez And Bill Murray Are Getting Married? >>

She started performing in the musical theater at the age of nine and eventually, took classes of acting and vocal. When Swift was 14, her family relocated to a lakefront house in Hendersonville, Tennessee where she attended Hendersonville High School before transferring to the Aaron Academy.

Taylor Swift was named the most influential person on Twitter by social media analysts Brandwatch in 2018. Last year, she tweeted only thirteen times. On her Twitter, Swift has over 83 million followers and has a large number of 113 million followers on Instagram.