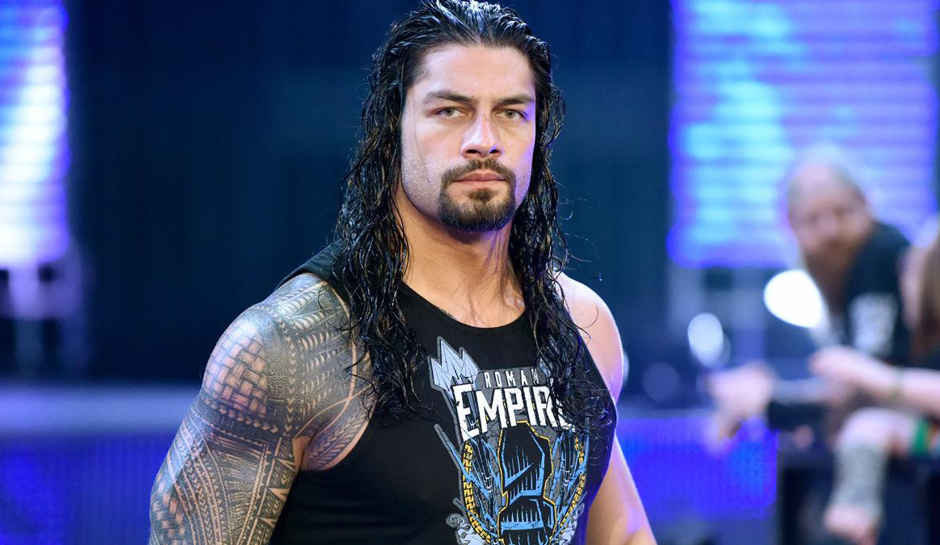 Leati Joseph Anoaʻi better known as Roman Reigns is a Professional wrestler, a former gridiron football player, and actor. He won three times WWE World Heavyweight Championship and once the Universal Championship. He signed to WWE in 2010. He was signed to the Minnesota Vikings and Jacksonville Jaguars in 2007 but did not played in the final match. Then he played for Canadian Football League’s Edmonton Eskimos in 2008 before retirement from football.

Leati Joseph Anoaʻi was born on May 25, 1985, to Sika and Lisa Anoa’i in Pensacola, Florida. His father was a retired American Samoan wrestler. He has a brother named Matthew Anoa’i. He grew up in a family of wrestlers.

Leati attended Pensacola Catholic High School and later went to Escambia High School. He played football during his school. He was titled “Defensive Player of the Year” by Pensacola News Journal. After graduation for high school, he joined in Georgia Institute of Technology.

During his school, he played football. He played football for three years at Pensacola Catholic High School and one year at Escambia High School. After that, he admitted to Georgia Institute of Technology where Roman became a member of the Georgia Tech Yellow Jackets Football Team, and in the senior, he was the captain of the team.

In May 2007, Roman Reigns was signed by the Minnesota Vikings and that same year in August, Jacksonville Jaguars signed him before the start of the 2007 NFL season. The following year, Roman was signed by the Edmonton Eskimos of the Canadian Football League. He played for one season with Eskimos. In the same year, he retired from his football and joined family profession as a wrestler.

Roman Reigns signed a development contract with WWE in July 2010 and later assigned with their developmental territory Florida Championship Wrestling (FCW). He debuted against Richie Steamboat on nine September 2010 and using new ring name, Roman Leakee. He won the singles match against Fahd Rakma on 21st September. In August 2012, with a new ring name ‘Roman Reigns’ made his debut in the episode of NXT where he defeated CJ Parker.

In November 2012, Reigns debuted his main roster at the Survivor Series along with Dean Ambrose and Seth Rollins. The trio named their named “The Shield” as a team. Roman and Rollings together defeated Team Hell No, and they were titled the winners of WWE Tag Team Championship.

In 2014 after ‘The Sheild’ split, Reigns started playing single in the ‘World Title Contention.’ He won a ‘Battle Royal’ on June 16, 2014, to gain a spot on the WWE World Heavyweight Championship’ ladder match but he failed to win. The pro wrestler Randy Orton defeated him.

Then Roman won the titled of ‘WrestleMania’ after defeating Daniel Bryan. Later challenged Big Show and won the match. On June 14, Reigns competed in the Money in the Bank ladder match where he failed to win after Bray Watt attacked him.

Roman Reigns became the first contender to climb to the ‘WWE World Heavyweight Champion’ after winning a fatal four-way match against Alberto Del rio, Dolph Ziggler and Kevin Owens. On June 19 at Money in the Bank, Roman was defeated by Rollins for the first time. On 21st June, Reigns was suspended for 30 days form WWE’s Wellness Program for using drugs. On July 24, he returned to the television and competed against Rollins and Dean Ambrose for the WWE Championship, but unfortunately, he lost.

In January 2018, Regins participated in the annual Royal Rumble at the namesake pay-per-view but failed to win. He defeated Bray Wyatt for the 2018 Elimination Chamber.

Roman Reigns and Galina Becker were the college lovebird and studied at the same college, Georgia Institute of College. The couple sparkled their love after they became a best friend.  Roman and Galina were not married when Galina gave birth to their first child, a daughter, Joelle who born on 14 December 2008. Joelle is currently nine years.

His wife, Galina Becker is an American former athlete and fitness model. The couple got engaged on February 26, 2012, and after two years later they secretly married in the Bahamas in early December 2014. Two years later, in 2016, his wife gave birth to twin boys.

How Much Does Roman Reigns Earn?

According to Celebrity Net worth, Roman Reigns has a net worth of $9 million.

Roman made his wealth from his wrestling career as well as various sources. However, his actual salary is still under view. Besides WWE, he has appeared in some movies and television which is also the part of his income. He starred as himself in the movie Countdown in 2016 and v.oiced in the 2017 animated movie The Jetsons & WWE: Robo-WrestleMania!

He also appeared in numerous television show such as Total Divas, Conan, Good Morning America, and Good Morning Britain. Currently, Reigns is playing as The Merchandise in the web series “UpUpDownDown.”

How Old Is Roman Reigns? How Tall Is He?

Roman Reigns is 33 years old, as of his birth date. He is 6 feet 3 inches tall, and body weighs 265 Ibs. His chest, waist and biceps measurement is 52,36 and 20 inches. His hair is black and hazel color eyes.