Home » Awards » Luke Perry: Wasn’t he too young to have a fatal stroke? Know his age, wife, net worth, wiki-bio

Luke Perry: Wasn’t he too young to have a fatal stroke? Know his age, wife, net worth, wiki-bio 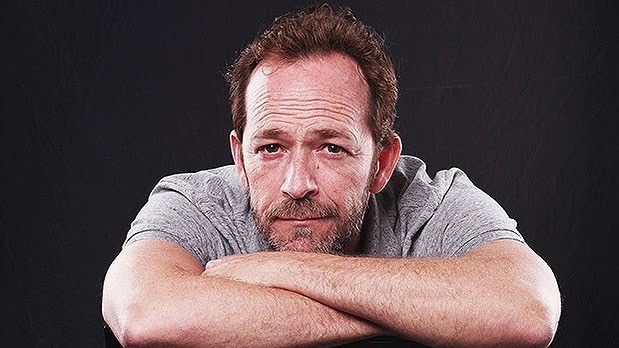 Talent is never enough when you are trying to carve a pathway for yourself in any endeavor. The struggle for places means that at times, some element of luck is also required to pull through. However, in Hollywood, the process gets even more unmerciful when you factor in the importance of age. Still, a whole lot of people continue; leaving their homes all over the country for California in chase of their dream. Luke Perry was one of such people.

Here we will explore the details on the late Luke Perry including his net worth, career, married life, and fiancee. Keep reading.

After his parent’s divorce in 1972, his mother Ann married to step-father Steven. He has two siblings; Tom Perry, Amy Perry and a half-sister named, Emily Bennett.

He attended the Fredericktown High School, and after high school, he moved to Los Angeles to pursue his career in acting in 1984. He worked at an asphalt paving company and in a doorknob factory.

His biological father died of a heart attack in 1980. Perry describes his step-father to PEOPLE

“the one who taught [him] the important things [he] needed to know about being a man.”

Riverdale actor, Luke Perry was passed away on March 4, 2019, on Monday at the age of 52. Everybody was upset when they heard the news that Luke is no more with us.

The actor had a massive stroke and was rushed to the hospital on Wednesday, on 27 February at his home in the Sherman Oaks neighborhood of Los Angeles.

“The family appreciates the outpouring of support and prayers that have been extended to Luke from around the world, and respectfully request privacy in this time of great mourning.”

The Riverdale actor is slightly young for a stroke victim. According to the Center for Disease Control and Prevention, 66 percent of those who suffer from such attack are the age of 65 or older. Only 5 percent of people die annually are among between 25 to 44.

A statement from #Riverdale executive producers, Warner Bros. Television and The CW on the passing of Luke Perry. pic.twitter.com/Yx2nvoQtwb

“My heart is broken.  I will miss you so much Luke Perry. Sending all my love to your family.

My heart is broken. I will miss you so much Luke Perry. Sending all my love to your family. ❤️ #LukePerry

The lead actor of Once Upon a Time

Luke Perry was a kindhearted and incredibly talented artist. It was an honor to be able to work with him. My thoughts and prayers go out to him and his loved ones.

Luke Perry was a kindhearted and incredibly talented artist. It was an honor to be able to work with him. My thoughts and prayers go out to him and his loved ones.

Luke Perry had successfully resurrected his TV career with the role of Fred Andrews on the series Riverdale – the conservative father of the lead actor, Archie. TMZ

reported that the show had been shut down for a few days due to the death news.

Luke Perry came to LA to become an actor in 1984 and did odd jobs at the time. In three years of auditions, he was rejected for 216 and got his first role of Ned Bates in the daytime TV drama Loving

in 1987. Later he moved to NYC and landed on the soap opera Another World

Perry got his first big break when he was selected for the leading role in the teen drama series, Beverly Hills

This role opened more opportunities for him appeared numerous movies and televisions.

The movies stars are  Leonardo DiCaprio

and many more; this will be Luke’s last and posthumous role as he died from the stroke.

Over his career, he appeared in several hit shows such as Will & Grace

The 90210 actor is very private about his personal life and never talk much about his family on the camera. He married his first wife Rachel “Minnie” Sharp in November 1993. Although Luke and Minnie divorced in 2003 but remained close friends after that.

Before their marriage, they dated for two years and married at the Four Seasons Hotel in Beverly Hills in front of the close family and friends. At the time, Sharp worked as a saleswoman in the furniture store.

He has two children; Jack and Sophia, who are 21 and 18  years old respectively, from his first marriage and had joint custody of their children.

Before his death, Luke Perry was engaged with Beverly Hills family therapist Wendy Madison Bauer. She was previously an actress who had roles on The Mentalist,

According to her LinkedIn, Baure specializes in working with teens, adults, and couples who suffer from anxiety.

Back in 2017, Luke and Wendy walked in the red carpet together at the GLAAD Media Awards, where he presented an award. However, we are unable to provide the information about the two lovebirds met for the first time and began their love story

actor leaves behind a massive legacy, with an arsenal of roles that range across decades and generations. He had been working in the entertainment industry for more than two decades. Her earnings primarily made from acting.

Outside of his acting, he earns extra wealth from the endorsement deal which added to his net worth. He also did some voice-over work, and he also fought to save the planet.

Talking about his other assets, he listed his 1933 Mediterranean home, in the exclusive Hancock Park neighborhood of Los Angeles on the market in September 2015.