Home » Awards » Lin Manuel Miranda: How Much Did Hamilton Pay Him? Who Is His Wife?

Lin Manuel Miranda: How Much Did Hamilton Pay Him? Who Is His Wife? 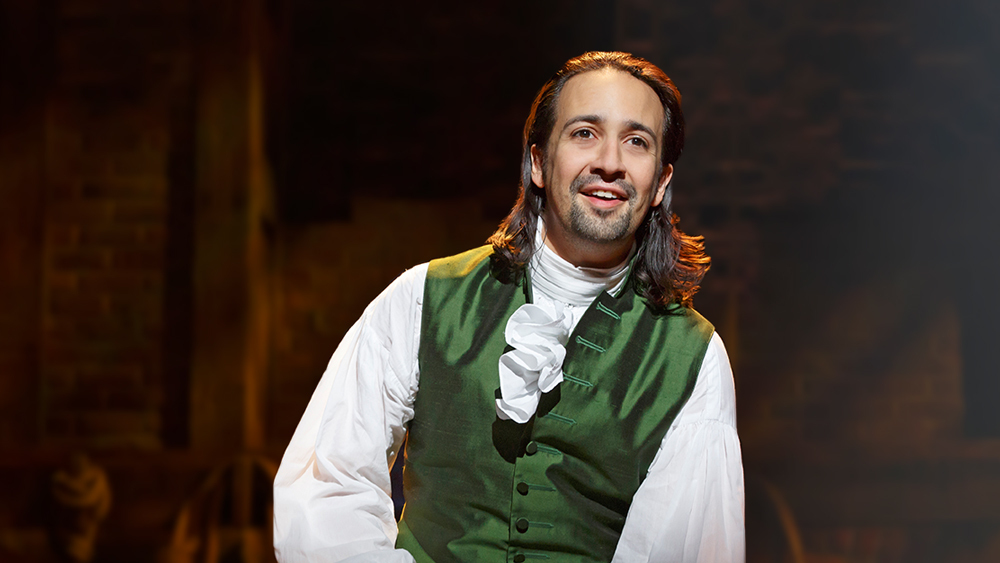 Multi-talented artists, Lin-Manuel Miranda is notable for the creation and portrayal of Hamilton. The 39-year-old composer-lyricist-librettist and actor stands to earn millions of dollars should Hamilton have a long life. By 2017, he made $12.7 million in author royalties and profit form the Boardway Production.

As a music composer, scriptwriter, actor and producer, Miranda made hundreds of millions worth. He has won many awards for his works; three Grammy and three Tony Awards.

How much is Lin Manuel Miranda’s net worth?

Born on January 16, 1980, in New York City, Lin Manuel Miranda is the son of Puerto Rican parents. He developed his interest in musical theater and hip-hop from before joining Wesleyan University. He stepped in the entertainment industry in 2005 and during the time, he has written several lyrics as well as serves as a TV producer.

Lin Manuel’s net worth is said to be approximately $40 million.

However, the playwright has not revealed how much he earns in a month and annually. Further speaking about his net worth, he accumulated his worth from composing soundtracks, scriptwriting, and acting.

Lin-Manuel is an author and published two books titled Hamilton: The Revolution

with Jeremy McCarter in 2016 and Gmorning, Gnight!: Little Pep Talks for Me & You

How much does he make off Hamilton?

As the sole creator, Lin-Manuel’s play Hamilton continued help to increase his net worth in the upcoming days. He earned 7% of the box office gross. As per The Hollywood Reporter, Miranda earned $105,000 every single week that the show tours during 2016.

Hamilton was debuted at the Public Theater in January 2015 which directed by Thomas Kail where he starred as the lead character, about a life of American Founding Alexander Hamilton. The same year, Miranda was honored with a MacArthur Foundation Award.

Since its debut, Hamilton has won numerous awards that include a total of 16 Tony Awards as well as Grammy.

Lin Manuel Miranda started developing the musical that would become In the Heights which opened in 2008 and also won the Tony Award for Best Store in that same year and the Grammy Award for Best Musical Theater Album, following that year.

After that, he began doing translation work for 2009 revival of West Side Story and contributed music and lyrics to 2012’s Bring It On: The Musical. Further, he tried his luck as an actor and appeared on many TV programs including How I Met Your Mother, The Sopranos, Smash, Modern Family as well as in movies like The Odd Life of Timothy Green and 200 Cartas.

In 2016, Lin-Manuel composed the lyrics and music How Far I’ll Go for animated movie Moana. The song was nominated or an Academy Award for Best Original Song. In 2018, Miranda bagged a prominent role as Jack the lamplighter in the film Mary Poppins Returns.

What is he working on now?

As of 2019, Lin-Manuel is working on new songs for the projects. Miranda said that he will provide a total of eleven songs for an animated film Vivo, directed by Kirk DeMicco which set to be released on November 6, 2020.

In July 2018, Imagine Entertainment made an announcement that Miranda will make his debut as a film director of Jonathan Larson’s semi-autobiographical musical Tick, Tick… Boom! and also produced along with Ron Howard and Brian Grazer.

Lin-Manuel is the one in the spotlight but his wife is the backbone of his family. His romance cut the public attention while he gushed about his wife during 2016 Tony Awards when he was awarded for Best Original Score for Hamilton. He said that his wife’s the reason anything gets done as Nadalwached from the audience.

Lin-Manuel Miranda wedded his wife, Vanessa Nadal on September 10, 2010, at the Belvedere Mansion in Staatsburg, New York. Vanessa is a lawyer and scientist, with a bachelor’s degree in chemical engineering from the Massachusetts Institute of Technology and a law degree from Fordham University School of Law.

During the reception, Miranda surprised his partner with a musical performance of ‘To Life’ from Fiddler on the Roof along with Vanessa’s father. Check out the below video;

Miranda and Nadal have two sons. The first son was born in November 2014 and welcomed their younger son in February 2018.

The wait is over! This weekend, we welcomed our very first #HamEx attendees in Chicago to step back in time with us and explore Alexander Hamilton’s world through his eyes. pic.twitter.com/sb5j0q4FRX