Home » Awards » Grace VanderWaal: How Much Does The AGT Season 11 Winner’s Net Worth?

Grace VanderWaal: How Much Does The AGT Season 11 Winner’s Net Worth? 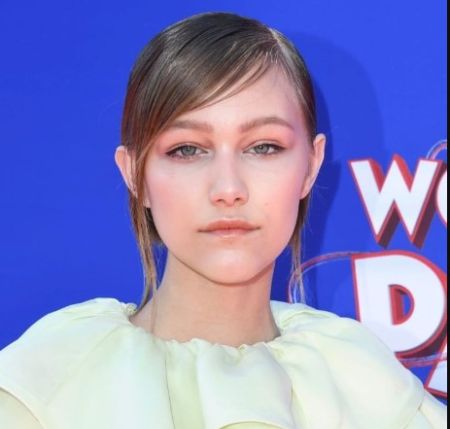 The world is so big, and there are so many people, and there’s only one you, and that’s so special and unique to think about.

The 15-year-old, Grace VanderWaal won the reality show America’s Got Talent season 11 at the age of 12 in 2016. After winning the AGT, she dropped the year’s top-selling EP Perfectly which received more than 675 million streams globally.

Besides, Grace listed as the youngest person in the 30 Under 30 Class of 2019. The rising star earns millions of worth through her music sales tours.

Who is Grace Vanderwaal?

Grace VanderWaal was born in Kansas, USA, on January 15, 2004, to Tina VanderWaal and Dave VanderWaal. Her maiden name is Grace Avery VanderWaal. She is the youngest among three children. She has two siblings: Olivia and Jakob.

Her father is a vice president of marketing at LG Electronics and is of Dutch descent. Late her family moved to Suffern, New York. After winning the reality show America’s Got Talent, she was homeschooled but returned to the public school for attending 8th and 9th grade.

Additionally, Grace is a pet lover and has a number of pets including two dogs, a hedgehog, and a cat.

At the age of three, VanderWaal started singing and writing songs and has been accompanied by her family. Her school friends don’t know that she sings until she appeared on the reality show America’s Got Talent.

Before winning the AGT titles, she started learning music and even composed. At her 11th birthday, after mother refused to bought ukulele for her. So, she bought her own from using her money which she received on her 11th birthday and then watched more videos on YouTube and learned herself how to play.

In June 2016, Grace went on to AGT for the audition where she sang her original song I Don’t Know My Name. Her performances impressed the AGT’s judge Howie Mandel, as his “Golden Buzzer” act which sent her directly to the Live Shows.

Simon Cowell described her as the next Taylor Swift. On the semifinal, Grace sand a song Light the Sky and for final, performed Clay which about dealing with bullies. Grace VanderWaal won the season 11 of AGT in 2016.

Since then, she is quite busy in composing music and also, toured across the different cities and countries.

Her album sold  21,000 album-equivalent units to date. She had moderates success with hit singles I Don’t Know My Name and Moonlight. Moreover, in early 2019, Grace released the single Stray and also, recorded her first soundtrack song Hideway for the animated movie Wonder Park.

Not only that but she also secured her place in Hollywood as a child actress. VanderWaal is playing the title character in Disney’s upcoming movie Stargirl, based on the same name.

Moving to her accomplishment, VanderWaal won a Radio Disney Music Award for Best New Artist in 2016 and a Teen Choice Award for Choice Next Big Thing in 2017 respectively.

At a young age, Grace VanderWaal earns both fame and fortune by herself and making her dream come true. At present, she is living happily with her family. The 15 years old singer has a net worth of $2 million.

In addition, she makes more money from tours and live performances. In June 2019, VanderWaal went on tour with Florence and the Machine in the southeastern US. Recently, she talked about her plan, the Ur So Beautiful Tour to North America tour from August to November 2019.

Does Grace VanderWaal have a boyfriend?

The Stray singer is quite young to have a boyfriend and married. As per sources, Grace VanderWaal is probably single. Also, there is no record of the past relationship. Maybe in the near future, she would found her perfect match.

Before fame, the rising star, Grace posts her music videos on YouTube and won millions of fans hearts. She has amassed over 3 million followers on Instagram and over 305k followers on Twitter as well as active on Facebook.

getting ready to give u some new music …. meantime here ya go

Furthermore, Her AGT’s audition video has accumulated above 95 million views and ranked at No.5 trending YouTube video in 2106.