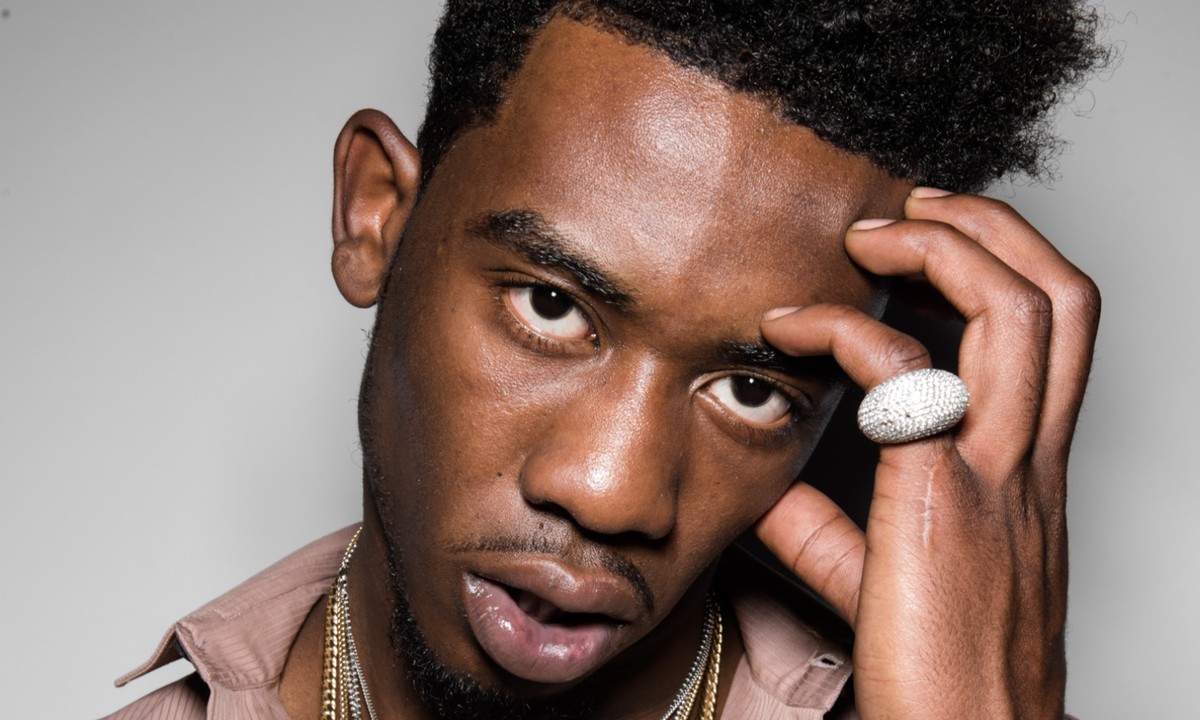 Some people need a little jolt or the famed kick up the backside to sit up and take their destiny by the scruff of the neck, in the case of Desiigner, his music career took off after he had been shot. He has gone on to make music with rap heavyweights such as Kanye West. The rapper burst onto the scene when his hit new single broke in the spring of 2016 after releasing his single Panda which debuted at number 1 on the US Billboard Hot 100, certified 5x platinum by RIAA and sold over 1.5 million copies. In June, Desiigner was named ‘2016 Freshman Class’ by XXL Magazines.

The reworked track described Sidney’s fondness for BMW X6 which according to him resembled a panda. Desiigner remains occupied in the studio pad of Kanye for the better part of the day and is making the most out of his camaraderie with the iconic rapper.

However, he maintains a strict upper-lip when it comes to elucidating on his forthcoming projects. In this article, we have collected all the information about Desiigner, scroll down to know more about him.

Sidney Royel Selby III was born on May 3, 1997, in Brooklyn, New York. Selby is of Afro-Barbadian and African American descent. He is the grandson of blues musician Sidney ‘Guitar Crusher’ Selby.

He grew up in the Bedford-Stuyvesant locality of Brooklyn. From an early age, he started singing at school choir and church. There is no more information regarding his family, siblings, and educational background. At the age of 14, he was shot.

“I got hit by a bullet in my hip. I was in the hospital for 10 minutes, 30 minutes—but it was just that moment that said: “Yo mind your business.” When that happened to me, I knew I wasn’t supposed to be there. I always had a voice in my head that said don’t do the bad.”

Desiigner began his professional career as a rapper and singer in 2014 and started making music under the name Dezolo, and later he worked on the track under the alias, Designer Royel.

His sister recommended him to drop his middle name Royel and keep Desiigner as his new stage name. Later, in early December 2015, he released his new pseudonym debut Zombie Walk, featuring with King Savage.

Then, on 15 December 2015, he dropped his another single Panda which debuted at the top on Billboard Hot 100 and US Hot R&B/Hip-Hop Songs.

The single was certified 5x platinum by RIAA and has sold over 1.5 million copies as of 2016 in the USA. Later, the song re-released in February 2016 and the same month, Desiigner signed a deal with ‘GOOD Music’ which managed and owned by Kanye West.

It was nominated for Best Hip-Hop Video at the 2016 MTV Music Awards.

Later, he performed at the 2016’s South by Southwest music festival. In an interview with Billboard, he announced that he would release his mixtape trap name Trap History Month.

Moreover, it debuted at number 71 on US Billboard Hot 100 and certified platinum by RIAA, had sold over 1 million copies.

However, in the same month, Desiigner released his full-length mixtape titled New English on Tidal. He released his track Timmy Turner and also released as a single on iTunes.

Moreover, Desiigner appeared as a special guest on the Netflix series Bill Nye Saves the World. Also, on 4th May 2018, he released his debut EP, L.O.D.

Desiigner was arrested along with three other people on September 8, 2016, in New York City on felony drug and weapon charged. Also, TMZ reported that he was driving in an SUV suspected to be involved in a road rage incident.

After he pointed a gun to another vehicle driver, he called 911. Later Desiigner and four other people were arrested and charged with criminal possession of a controlled substance and unlawful possession of drugs with intent to sell.

Desiigner was also tagged with felony criminal possession of a loaded weapon and menacing.

According to TMZ, police told that they never found a gun and the arrest was based on a witness statement on September 10, 2016, at 3.35 pm.

There was a rumor that rapper Desiigner was dating American actress and singer Lil Kim back in 2016. Further, Desiigner and Lil Kim performed at the 2016 BET Awards together.

After the performance, Lil Kim posted some pictures on her Instagram with a caption. The two looks pretty cozy together.

However, Desiigner never confirmed their relationship on camera till date.

But, Lil Kim wrote in the caption,

“I luh hiiimmmmm ❤️ Your performance was so dope! I I’m so proud of you baby!!! @lifeofdesiigner.”

In another picture, she stated,

“He’s a real one ???? Check out @lifeofdesiigner new mixtape #NEWENGLISH on Tidal!!”

How Much Is Desiigner’s Net Worth?

Rapper Desiigner has an estimated net worth of $5 million as of 2018.

Desiigner has acted with several famous singers like Kanye West, Gucci Mane, and several others. Also, he earns a hefty amount of money through his music sales and tour.