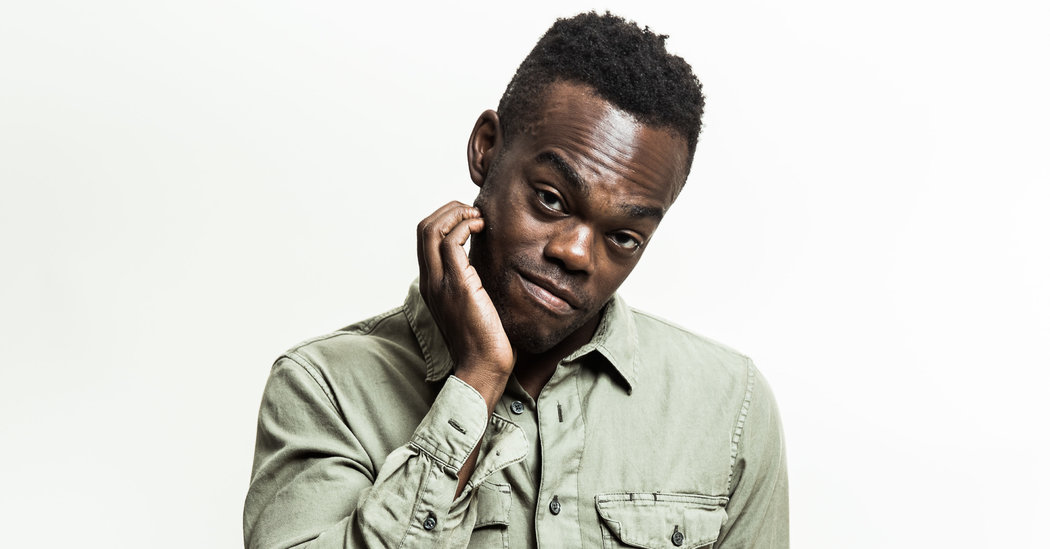 If you’re watching “The Good Place” recently, you know that the co-starring role of William Jackson Harper as Chidi Anagonye is perhaps the highest of all of them. What you may not be aware of is that Harper is probably best known for his professional middle name to the general public, as it leads many people to ask: Is William Jackson Harper and Samuel L. Jackson related? William rose to fame playing Danny Rebus in the family comedy series ‘The Electric Company.’ Besides his television roles, he featured in the movie ‘Paterson’ alongside Adam Driver and Golshifteh Farahani.

Here in this article, we have gathered all the information about William Jackson Harper, keep scrolling down.

William Jackson Harper was born as William Fitzgerald Harper on February 8, 1980, in Dallas, Texas. Willian has preferred to maintain his low profile. He never revealed his parent’s identity to the media. Back in June 2017, on occasion of the Father’s Day, William wished his mother ‘Happy Father’s Day’ via Twitter and also stated his father was a good man, but his mother has been a father since a long time.

Dad was a good man, but Mom has been doing this thing solo for a long time. Happy Father's Day, Mommy.

William graduated from the Santa Fe University of Art and Design in 2003. Later he moved to New York City following his dream to become an actor.

After moving to New York City, he did several jobs. His journey wasn’t that easy as he faced many ups and downs with some unemployment in-between.

Harper made his first screen debut in 2007 by making an appearance in an episode of Law & Order: Criminal Intent. William rose to fame through an American sitcom ‘The Electric Company’ in which he portrayed as Danny Rebus in 2009. The series ran from 2009 to 2011 on PBS channel.

After that, he tried his hand in the film industry. He starred as Moynihan’s Assistant in the movie ‘All Good Things

Moreover, the talented actor gained more fame when he landed a role of an anxious, indecisive philosophy professor, Chidi Anagonye opposite to Ted Danson and Kristen Bell on NBC’s series ‘The Good Place

He has acted in many television series and movies like Mercy

. Currently, he is working on the movie ‘Midsommar’ which will release on July 3, 2019.

William’s fans want to know that is he has any relationship with Samuel L. Jackson. Due to his middle name ‘Jackson,’ many people thought that Samuel and William might have a strong bond. However, this is not true.

Harper’s middle name is not Jackson; it’s Fitzgerald. In an interview with Vulture, William talked about his middle name which is originally his mother’s maiden name.

William seems to have a girlfriend, but he did not confirm on camera yet. According to his social media post, he is dating a girl named Ali Ahn. Back in November 2016, Harper posted a picture of them on Instagram.

Back in 2017, William shared a photo of Ali Ahn with a caption. He wrote,

“I liked this person.”

Maybe he wanted to give a hint that he has already someone special in his life. He shared another picture with a caption,

“My lady. My pup. Some poppies. #nofilter”

Currently, William and Ali are enjoying their love life. However, it seems that the couple is waiting for the right time to announce their relationship. Moreover, there is not any rumor about his other affairs and his possible married life.

As of 2019, William Jackson Harper’s net worth is Under Review. The salary he gets from his movies and television shows is also not revealed to the public.

However, Jackson has been active in the television screen for more than a decade. He earns a handsome amount of money through his professional career.

The talented actor, William Jackson Harper, is active on all social platforms and has vast numbers of followers. He has more than 289k fans followers on Instagram and 73.2k on Twitter. He is also active on the Facebook account.