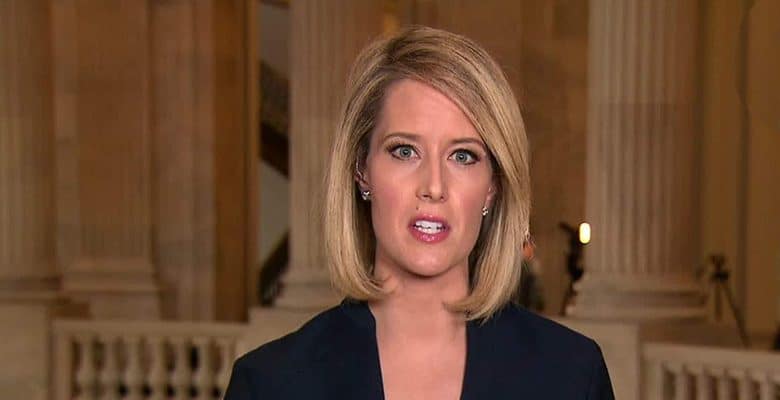 The world knows Sunlen Serfaty as an American journalist from CNN and as a receiver of an Emmy-Award for the exceptional contribution she has made to the United States journalism. It is believed that she has a net worth of over a million dollar.

Know more about Sunlen Serfaty with us.

Who is Sunley Serfaty?

Sunlen Serfaty is an American journalist with CNN based in Washington. She was born in Virginia, the United States on April 6, 1981. She was born in a very hard working family to Denise M. Miller and William N. Miller. Her mother is a marketing communications manager at a French transport and power equipment company.

And her father is an independent commercial mediator and arbitrator by profession. If we look at her portfolio, then she has a wide range of national, breaking, and  Washington political news. Sunlen has been a key player for CNN, a media company to cover up the 2016 presidential election, reporting from each part of the country.

She is an Emmy award-winning journalist. Sunlen possesses expertise in White House reporting and political campaign and she has worked mostly on-air, writing content and also been radio and television producer.

Sunlen has always been a very good student motivating her to sharpen her interpersonal skills. And after graduating, she started her career working as a reporter at a local press, then landed a big job working for ABC News Associate based in Washington D.C covering top stories and breaking news.

She has also been an associate producer for radio and television with the Washington Post beginning from May 2003 till September 2004. After signing a two-year employment contract with the ABC News she left Washington Post.

She was then responsible to cover the United States Congress mainly focusing Senate. While her time at ABC news, she has coved the 2008 Presidential Campaign of President Obama.

Since the starting of 2009, she has captured every activity in the white house beginning with President Barack Obama‘s inauguration itself.

Currently, Sunlen Serfaty has been reserved by CNN, news media based in  Washington. She covers the national news such as breaking news, politics, and news related to Washington D.C. 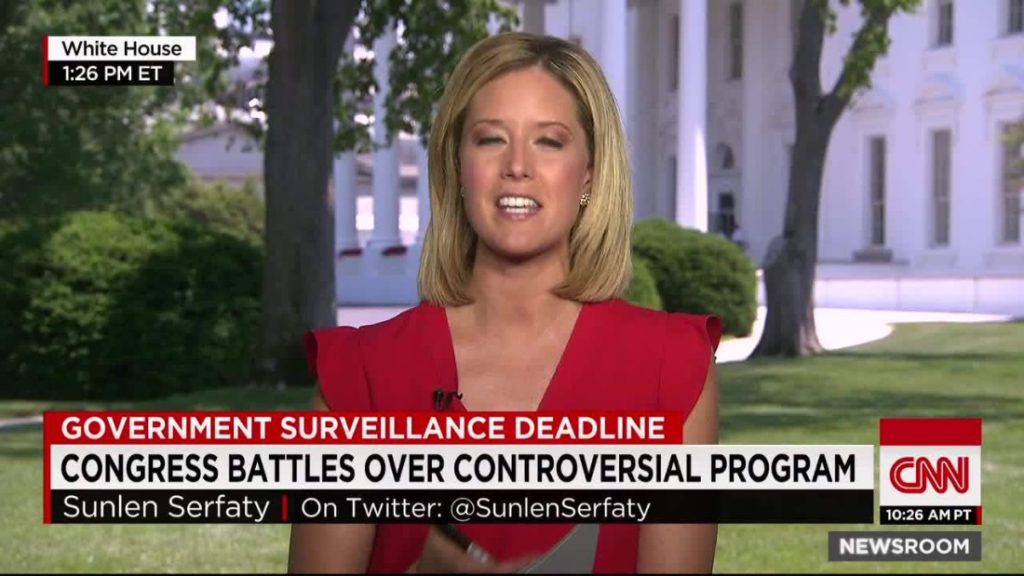 Sunlen was seen covering the 2016 US presidential election all around the United States by starting with the coverage of the GOP nominees from the Republican Party. If you are from the journalism and political field then you must know her. In fact, let’s say she is a Katy Perry of  American journalism. She has a diverse set of work history in news media.

And not to forget, she is a receiver of an Emmy-Award for the exceptional contribution she has made to the United States journalism.

Most of you are excited to know her relationship status? Right?! Sunlen Serfaty is a married woman. And a mother of a year old child. In 2013, she married her longtime boyfriend Alexis Leigh Serfaty. They met at the Rose Park in Georgetown in 2006. 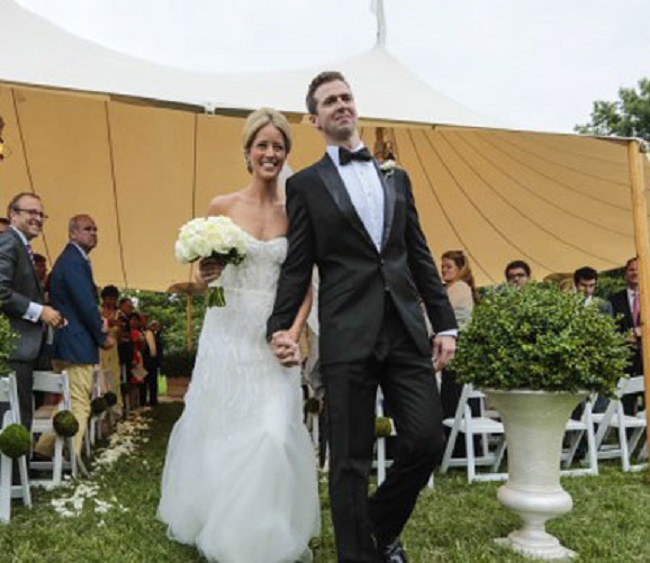 With 7 long years of relationship, they finally married at the same location where they first met, isn’t it so nostalgic and romantic?! Her husband is a  vice president and chief of staff of the United States to United Arab Emirates Business Council.

Back from maternity leave today & back on the Hill. Thanks to @cnn for a great summer w/ this little one! pic.twitter.com/eLhQVUKSKE

The relationship between them is growing stronger with time and the bond git more stronger after she gave birth to her first child named Roosevelt Jolie Serfaty on May 28, 2017. well, the name Roosevelt means ‘Rose field’, now it quite resembles Rose Park, don’t you think. It is the name of the place where they first met and married later. They sure hold a deep connecting with this place.

Sunlen Serfaty’s Salary and Net Worth

Sunlen Serfaty has not talked about her earnings, the famous journalist is not ready to disclose it. However, some sources tell she has over a million dollar as her net worth and earns in between $44,219 to $126,153 per year. It is surely not an exact figure but it can be expected that she earns an impressive money.

Its is said Sunlen Serfaty has a net worth over a million dollar.

A very beautiful and successful Emmy-award winning journalist stands 6 feet tall with attractive body. She is equally blessed with physical appearance as much as her talent in journalism. The average American female height is said to be 5.5 feet but she is way above it.

It is said that she has blonde hair and beautiful feet.

Sunlen Serfaty is available on social media. You can follow her on Twitter, @SunlenSerfaty. She currently has over 15k fan followings.