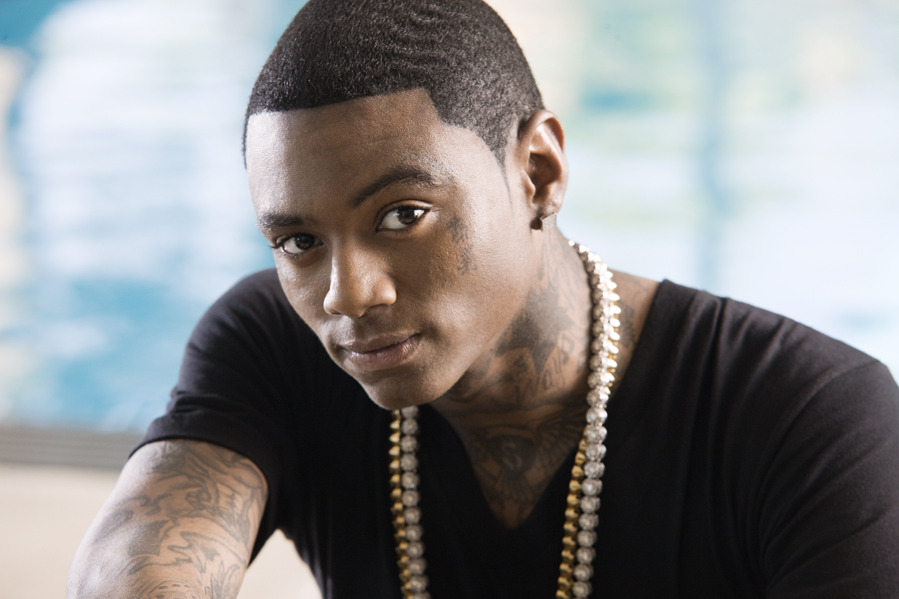 Soulja Boy is an American rapper, record producer, actor, and entrepreneur who is best known for his single ‘Crank That’ which hit at number one on Billboard Hot 100  in 2007. He has released several mixtapes, singles and digital albums throughout his career. That same year, he released the second studio album ‘Souljaboytellem.com’ debuted at number 4.

Soulja Boy has an estimated net worth of $30 million.

Soulja Boy began his music career in his teenage through the internet. Soulja released a song on the site Soundclick in November which received positive reviews from the audition. Then he made an account on YouTube and MySpace fo his musical endeavors.

Soulja released his first independent album ‘Unsigned & Still Major: Da Album Before da album’ including single ‘Crank That.’ The song received its first airplay, peaked at number one o the Billboard Hot 100. The song even used on the television series ‘Entourage’ and Interscope Records signed him.

Way’s major debut album, ‘Souljaboytellem.com’ released on 2nd October 2007. The album debuted at number 4 on the US Billboard 200 and sold 117,000 copies in its first week. According to Nelsen Soundscan, the album has sold 949,000 copies in the USA. His another album ‘iSouljaBoyTellem’ released at the end of 2008 but it received negative reviews from the music critics and sold only 46,000 copies.

In the year of 2016, Soulja released fifth and sixth digital albums. He has released several mixtapes, singles, and albums such as Swag The Mixtape, Drop The Top, Finesse EP, Day One and Rockstar. In 2016, Way and Bow Wow released a joint mixtape titled ‘Ignorant Shit.’  The rapper collaborated with other famous artists like Gucci Mane, Nicki Minaj, Lil Wayne, Trey Songz, Jamie Foxx, Chris Brown, and Ray J.

Soulja is an actor and has starred in big screen as well as in television series. His released his own cartoon movie titled ‘Soulja Boy: The Animated Series’ but only one episode was released. He starred as the lead role in direct-to-video ‘Soulja Boy: The Movie’ directed by Spirer. He also appeared as the main role on BET’s series ‘Juice’ and guest starred in the movie ‘Officer Down’ in 2013.

Currently, Soulja Boy resides in a beautiful penthouse in Hollywood Hills, Los Angels. He has purchased the home for $6 million. Reportedly, he lied that he dropped million to owned the penthouse. According to TMZ, Soulja rented the house for a year. However, the rapper stuck to his guns and claimed that he really owned that penthouse.

Celebrities are well-known for spending the insane amounts of cash. Rapper Soulja Boy drives some of the most lavish rides. He purchased Rolls Royce Ghost & BMW i8 on her 25th birthday. He shared a photo on his Instagram with a caption,

“souljaboyGot the 2015 #RR #Ghost for my birthday I’m 25 and came along way just want to say thank you to the fans without you I wouldn’t be here or have any of this stuff. Blessed. Love. – Dre.”

He bought a Continental GT which worth $71,000. His car collections are Maserati, Bentley, Lamborghini Gallardo, and a Ferrari 488 GTB.

In 2016, Soulja Boy signed a deal with Poker Fund Holdings for five years. He announced via Twitter that he had signed a $400 million deal. He said, “I enjoy music, and of course gaming. Being an influencer is a form of currency.” He tweeted, ‘$400 million deal confirmed. I still they think they low balled me though. I was thinking 2 or 3 billion..’

$400 million deal confirmed. I still they think they low balled me though. I was thinking 2 or 3 billion..

In January 2017, Soulja Boy and Chris Brown feud on a social media. He said that he loved the picture of Chris former girlfriend Karrueche Tran had posted on Instagram. After that, the two began to exchanged videos towards each other. Later Chris Brown angry at Soulja when the rapper posted about his daughter, Royalty. More afterward, Soulja apologized to Brown and said that he wanted to make music with Chris.

In February 2009, Way challenged Bow Wow to race in their Lamborghini and later Bow Wow claimed that it was not his own car. Afterward, both rappers sent diss songs to each other such as Soulja Boy’s ‘Fuck Bow Wow’ and Bow Wow’s ‘What I Think About You.’ Later they settled their differences through the phone conversation.

Rapper Soulja Boy was arrested many times. In 2014, the rapper announced via Twitter that he was going to jail for five days but did not reveal the reason. In 2016, he was sued by a musician Skrill Dilly over death threats allegedly uttered to him in a video filmed.

Soulja Boy born as DeAndre Cortez Way on born July 28, 1990, in Chicago. At the age of six, his parents moved to Atlanta where he grew up. At the age of 14, his father provided a recording studio to explore his musical career. His brother named, Deion Jenkins was killed in a car crash on March 22, 2011.