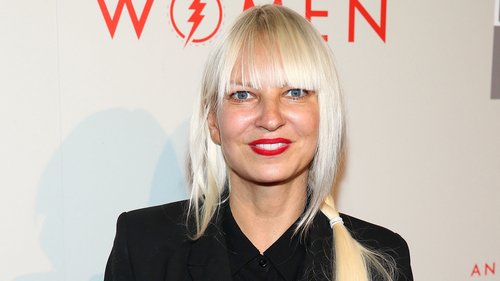 “When you’re entertaining all day long, and that’s your work, you end up really very tired. You don’t have a lot of energy left over for your loved ones.”

With great music, incredible voice and huge fans based Sia‘s total assets has grown over the year. The Grammy-nominated singer has released nine studio albums and even wrote a song for an American singer Rihanna –Diamond in just 14 minutes. In short-time, her songs touched many hearts across the world.

She won three awards at the 2017 Grammys; Best Pop Vocal Album for This Is Acting, Best Pop Duo/Group Performance for Cheap Thrills, and Best Song Written for Visual Media for Try Everything. But what the figure of her income? Stay tuned to us to know more about her.

Sia AKA Sia Kate Isobelle Furler on 18 December 1975, in Adelaide, South Australia, to Phil Colson, a musician, and Loene Furler, art lecturer. Furthermore, she completed her studies from Adelaide High School and the University of Adelaide.

After moving to England, Sia got her first big break as a backup singer for the British band ‘Jamiroquai.’ This led her to joined electronica act Zero 7.

In 2007, she signed a contract with Dance Pool and released her first album Healing Is Difficult including the hit single Drink to Get Drunk that peaked at No. 91 on the UK Singles and No. 55 in Belgium.

Selena Gomez And Bill Murray Are Getting Married? >>

The UK remixed the second single Little Man from her debut album. With these two hit singles, her career takeoff into the next level.

After gaining the success from her first album, she released the EP entitled Don’t Bring Me Down in 2003. The next LP Colour the Small One which would be recorded after she moved to the US and also, collaborated with Beck on the song The Bully.

Sia first internationally recognized after releasing her song, Breathe Me. Soon the song skyrocketed in popularity when it was used on the HBO series Six Feet Under as background music.  The song became the smash hit and eventually sold over 1.2 million copies.

Kendall Jenner Spoke About Her Relationship With Ben Simmons. Reveals, She Gonna Marry Him>>

Moreover, her third album Some People Have Real Problems released in 2008 and reached in the U.S at No. 26. Sia had released two albums When It Falls and The Garden with Zero & in 2004 and 2006 respectively.

In 2010, Sia dropped her fifth album. We Are Born which peaked at No. 2 on the Australian Albums and 37 on the Billboard 200. Also, won Best Pop Released and Best Independent Release the same year. In 2011, the album received Gold accreditation in the Australian ARIA charts.

Additionally, Sia wrote songs for Christina Aguilera‘s Bionic before she released her fifth album. Not only that she also worked with famous artists such as Katy Perry, David Guetta, Britney Spears, Rihanna, Flo Rida, Beyonce, Madonna and more.

But with success, Sia had faced many ups and downs. The Australian singer battled with drug and alcohol and even came close to attempting suicide.

Her other albums and singles credit include 1000 Forms of Fear, This Is Acting, Everyday Is Christmas, Labrinth, Sia & Diplo present… LSD, Chandelier, and more.

Sia is a philanthropist and has involved in many charitable works. We Are Born singer participated in an advertisement with her dog for PETA Asia-Pacific to encourage pet neutering.

In addition, she sang a song The Greatest and paid tribute to the 49 people killed in Pulse Orlando.

Sia was married to documentary filmmaker Erik Anders Lang in 2014. The singer seems like she wants to start a new chapter. Sia filed for a divorce after two years of marriage on December 20,  2016, in Los Angeles Superior Court citing irreconcilable difference, according to TMZ.

The duo announced their separation in November 2016, stating that, they had decided to separate as a couple but remained friends.

Before the divorce, Sia and Lang confirmed their engagement in June 2014 and two months later, got hitched at her home in Palm Springs, California. However, the couple has no children.

Moving towards her past relationship, Sia dated an American musician JD Samson for almost three years.

Furthermore, in 2008, during an interview, Sia discussed her sexuality. When asked about her sexual orientation, she said that she dated both boys and girls. And added, she doesn’t care about gender.

What Is Sia Net Worth?

Sia has been working in the music industry for more than 20 years and in these years to established herself, she struggled a lot. She has released several hit singles and albums throughout her career which added to her net worth.

Besides, she generates extra worth from her appearance in TV shows and movies as well.