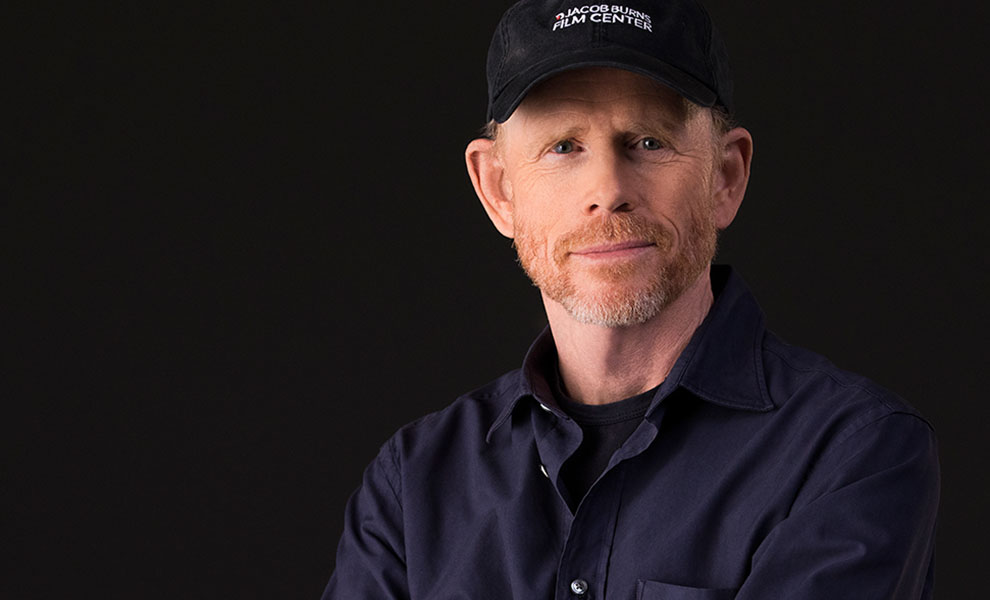 Ron Howard is a Hollywood actor turned director. Ron Howard net worth is $160 million as of 2018. Just to let you know, if you do not have an idea of Who Ron Howard is? Then, you probably might have heard of some of the world’s most prestigious and influential awards like The Academy Award, The Golden Globe Award.

Yes, he is the Academy Award and the Golden Globe Awards winning director for an iconic movies ‘A Beautiful Mind’. Howard comes from a family with the movie’s background. Similar to his fathers, Howard has walked his life on his father’s blueprint.

Get to know about such a great Hollywood personality with us.

Ron Howard was born as Ronald William Howard at Duncan in Oklahoma on March 1, 1954. Howard has a history related to Hollywood as his father, Rance Howard was an actor, Writer, and director. On the other hand, His mother, Jean Speegle Howard was a Hollywood actress.

Ron Howard has a year younger brother called Clint Howard. Howard has spent his childhood mostly in Burbank. During his childhood, he was tutored at ‘Desilu Studios’, currently known as ‘The Culver Studios’. He completed his high school from the Howards settled in Burbank.

Then, attended the University of Southern California at the ‘School of Cinematic Arts’, but never graduated as he diverted making his career.

Career as a Child Artist

It can be surprising to many if we say, at the time of Ron Howard first movie, he could not even speak properly. Yes, at the age of only 18 months old Howard was into the Hollywood and his first movie was ‘Frontier Woman’ in the year 1956. By two, he was a performer in the stage play ‘The Seven Year Itch’.

But, he officially made a debut into films was in 1959 with the movie ‘The Journey’. With an impeccable performance, he opened his way earning a role in the 1st season of the sitcom called ‘Dennis the Menace’ playing Stewart. In addition, earing another spot in another sitcom ‘The Many Loves of Dobie Gillis’. Meanwhile, he starred in ‘Playhouse 90’.

His performance captivated Sheldon Leonard, the producer of the ‘The Andy Griffith Show’, then signed him immediately in the role of main character’s son. From 1962 till 1969, his movies were  ‘The Music Man’, ‘The Courtship of Eddie’s Father’,  ‘I Spy’, ‘The Smith Family’, ‘Daniel Boone’.

During Ron Howard teens, he was mostly with Disney, where he was signed for the lead part of most favorite character Mike for the Disneyland record album titled ‘The Story and Song from the Haunted Mansion’. Thurl Ravenscroft was the narrator of the album.

In 1973, he appeared in the blockbuster movie ‘American Graffiti’ by George Luca in the lead role of Steve Bolander with Richard Dreyfus. Then, Howard came up as an established actor. And the next year, he signed two big projects. One, in the main role in the ABC sitcom ‘Happy Days’ appearing as Richie Cunningham. And the other was the movie ‘The Shootist’ playing alongside John Wayne.

However, Ron Howard made the last appearance as an actor in the movie ‘Return to Mayberry’ in 1986. He was seen on  ‘The Happy Days 30th Anniversary Reunion’ and ‘The Andy Griffith Show’ reunion.

In the middle of the acting career, Howard found an ambition to became a director. Hence, he parted with ‘Happy Days’  and began a new journey as a Director. His debut movie was ‘Grand theft Auto’ which was a low budget movie. Although,  it was a result of working in the direction of ‘Night Shift’, a play in 1982.

In 1984, Howard directed a romantic comedy film ‘Splash’. The film did great at the box office grossing over millions of dollars and become a blockbuster. Then, the new chapter began overnight, now he was described as a successful director. Later produced movies as ‘Backdraft’, ‘Cocoon’, and the documentary ‘Apollo 13’, a space drama.

But, his major work came to light with the movie titled ‘A Beautiful Mind’, Howard co-produced movie. At the box office, the movie collection crossed 313 million. And, in 2006, he came up another hit. I was a mystery thriller movie based on ‘The Da Vinci Code’, a novel. The star of the movie was Tom Hanks. Even though the movie was opposed by the Roman Catholic Church, it did well at the box office.

With the popularity gained as an actor, director, Ron Howard with Brian Grazer found a television and film production company named ‘Imagine Entertainment’. Few of his recent works are ‘In the heart of the Sea’ in 2015 and  ‘Inferno’, in 2016, a sequel of ‘The Da Vinci Code’ and ‘Angels & Demons’.

In 1978, Ron Howard won a Golden Globe Awards for the Best Actor in a Television Series with Comedy or Musical Happy Days (1974). In the year 2002, Ron Howard won a prestigious ‘Academy Award’ twice with the movie ‘A Beautiful Mind’ under the category of  ‘Best Picture’ and  ‘Best Director’.

Again in the year 2009, Ron Howard got nominated in the Academy Award in both ‘Best Picture’ and  ‘Best Director’ for the movie Frost/Nixon. However, he didn’t bag the awards this time.

Know about: Erin Moran: Cause of Death, Husband, Net Worth, Career & Bio

Net Worth of Ron Howard

By different sources, Ron Howard is claimed to have a net worth of $160 million as of 2018. Such wealth has been earned over his lifetime from his acting and director career.