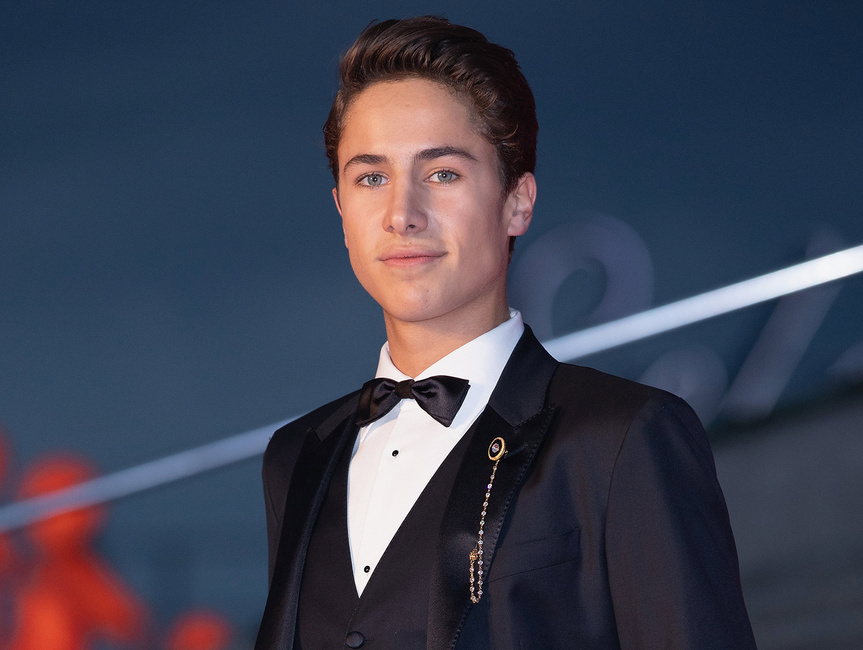 It is known that several celebrities gained fame and popularity in an instant; the lively and pleasant personality and model of the internet – Juanpa Zurita is one of those stars. Juanpa has a natural charisma that is responsible for his extensive activities on different social platforms. It is not a surprise that he has massive followers on his Instagram page.

He has two brothers, Fernando Zurita and Andres Zurita and a sister named Paola Zurita. His brother, Andrea is a famous Vine star where his sister, Paola is popular on Instagram.

His family moved from Mexico to the United States at the young age when his father was appointed as a political counselor at the Mexican Embassy in Washington D.C. Currently, he resides with his family in Los Angeles.

Juanpa seems to focus more on vlogs and vineyards than on schooling. Juanpa went to the University of Florida State and graduated with a Business Management degree. He’s also a great athlete on the track and field.

Juanpa Zurita began his social media career in the mid of 2013 by uploading his creative content on six minutes app Vine. Juanpa posted his Vine video titled ‘That dog killed Chuck Norris and was after me.’

He features with his brother, Andres Zurita on his videos. On his vine app, Zurita has assembled over 1.8 million fans followers before it shut down. He collaborated with Vine star Jerome Jarre on Vine videos multiple times.

He also makes a video in Spanish and English. After that, he joined YouTube channel on 5 October 2013. He has over 8.6 million subscribers and 477  million views on his self-titled channel ‘Juanpa Zurita.’

His content is mostly in Spanish language and posted videos like pranks, challenges, comedy, vlogs, lifestyle and many more.

He Is A Model

Multi-talented, Juanpa is not only a YouTube star, but he is also a model. He began his modeling career in 2016 and has appeared as a model on Pulls & Bear events.

Later, he appeared as a guest performer for Inditex brand. In the same year, he was photographed to promote Calvin Klein in Mexico.

In 2017, he modeled along with Cameron Dallas, Diggy Simmons, Lucky Blue Smith and Austin Mahone for Dolce & Gabbana during the Fashion Week in Milan, Italy.

Moreover, Juanpa entered into the television screen as an actor in 2016.  He has played in many films and TV series. He starred in 2016 movie ‘Airplane Mode

’ and appeared in a YouTube Red movie ‘Alexander IRL

In 2018, he starred as Alex Basteri on Netflix TV series ‘Luis Miguel’ where played the role of singer’s brother. Also, appeared in the film ‘The Last Jotita’ which released in 2018.

Zurita starred in TV shows like My Big Fat Hispanic Family and Next Top Model and recently signed a contract to be represented by Creative Artists Agency (CAA) in 2017.

Juanpa Zurita was nominated for several awards during his career. He won two MTV Millennial Awards for ‘Digital Icon of the Year’ and ‘Viner of the Year’ in 2015.

The following year, he received two MTV Millenial Awards for the category ‘Mexican Snapchatter of the year’ and ‘Best Performance in an App.’

Recently, in 2018, Zurita was nominated for YouTuber of the Year at Shorty Awards. He was also nominated on MTV Millenial Awards for Instagrammer of the Year.

As per record, YouTuber Juanpa is unmarried and single. There is a rumor that he is romantically linked with an Instagram star, Lele Pons. The two met in 2016 and often featured together on his videos.

Once, he pranked on his fans in Mexico. Juanpa proposed to Lele on stage and kissed, but later he announced that it was a prank. They have spotted together in many public places and going on a vacation.

Zurita shared their photos and videos on his social media, but he never confirmed their relationship.  He stated that they are just best friends.

On his 21st birthday, Lele gave the surprised party to Juanpa on 29 March 2018. She shared a photo of them with a sweet caption.

HAPPY BIRTHDAY TO ONE OF THE MOST IMPORTANT PEOPLE IN MY LIFE !! It was an honor throwing you this surprise party and seeing how happy you were! Love you so much @eljuanpazurita! You’re one of the most hard working people I know and I admire you everyday! Can’t wait to create more memories with you! The fiesta will never stop ! You deserve the best! Thank you for everything you’ve done for me! ❤️????

As of 2019, YouTube star, Juanpa is 23 years old. He has a standard height of 5 feet 9 inches and weighs 75 kg. His body measurement is not known. He has blue eyes and brown hair.

Juanpa has earned his wealth extensively from his professional career as a social media personality. He receives a significant of money from his videos, modeling and acting and commercial.

Besides, he is an entrepreneur. He has his clothing line named ‘Acapella Co.’ He sells t-shirts, tees, hats, hoodies and various accessories.