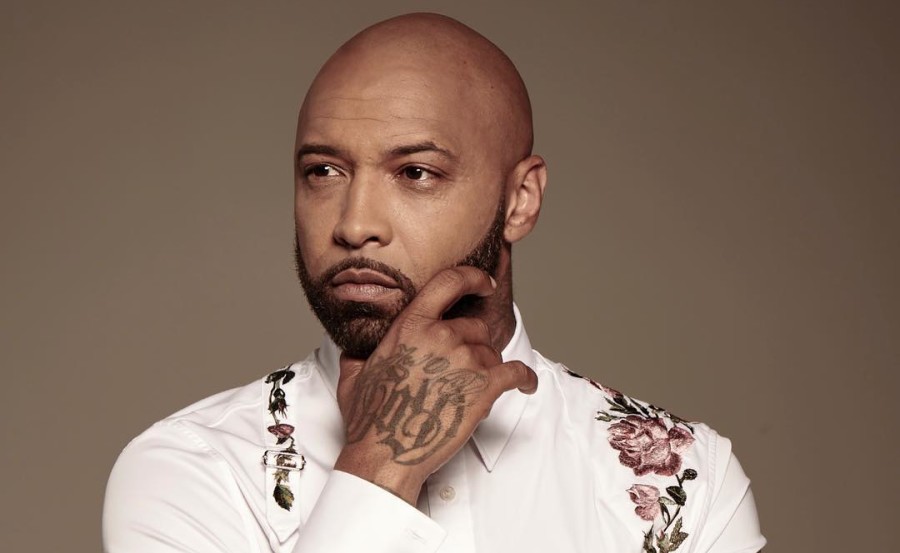 Joe Budden is an American rapper and broadcaster who has become a solo artist. He is renowned for being a member of the American hip hop group Slaughterhouse

in the early days of his young life. Budden is respected for his immense contributions to any song he’s been working on; his rap style is unique in that he translates real-life issues into sweet musical lyrics. Joe is an artist many people want to know more about, here’s everything you need to know about his bio, height, girlfriend, wife, son, family and his house.

Joseph Anthony Budden Il was born in Harlem, New York, on 31 August 1980, but raised in New Jersey. Joseph went to a rehabilitation center in the early years; during those days he was addicted to drugs. Since high school, Joe started freestyling.

Joe Budden released his first solo album in 2003 which debuted at number 8 on US Billboard 200 and sold 95,000 copies in its first week, although its sold over 420,000 copies in the United States.

His single from the album ‘Pump It Up

’ featured in the movie 2 Fast 2 Furious

. In 2007, Joe signed a deal with Amalgam Digital and released his independent debut ‘Padded Room

The album peaked at number 88 on the Billboard Top R&B/ Hip-Hop Albums and sold 1,100 copies in its first week.

Budden released his second studio album “Welcome to Our House

In 2014, he released his EP titled ‘Some Love Lost

, Start Inside of Me, and She Don’t Put It Down

Joe Budden’s partnership with Spotify started on September 12, 2018, for his famous series ‘The Joe Budden Podcast

.’ He also posted a video in his Instagram stating that his show would be aired on Spotify

Joe launched his State of the Culture show with Revolt TV on September 10. His podcast began touring with live performances across the US.

Currently, he resides in the Verdant block in Edgewater near the George Washington Bridge. However, there is no further information regarding Joe’s house. In 2016, his fans surprised him at his home after chasing him.

There are no details regarding his cars, but it is pretty sure that the former rapper drives expensive cars.

Is Joe Budden Married Or Single?

Rapper Joe Budden is in a relationship with a renowned American model and a social media personality, Cyn Santana. The couple is dating each other since 2016.

The two celebrated their first anniversary on 23rd July 2017. They have been spotted in several public places before they officially announced their relationship.

Cyn Santana gave birth a son named Lexington Budden on 17 December 2017. Joe loved being the father of the second child and posted a picture of his son with a caption. He wrote,

Joe has an elder son, Trey Budden who was born from his previous relationship. The relationship between Trey and Joe is powerful. Recently, Joe told VH1 that Trey is very angry with him for not being around him. He added,

“I don’t [regret not being around] because I made every effort to be there. It’s not like I was just gone and lost. That was me and his mother’s battle. Now that he’s older, she and I are amicable, she’s married, and we’re great now. I never thought that day would come. My oldest son is with me every other weekend, any time he can come over and hang with dad.”

Joe Budden and ex-girlfriend, Tahiry Jose dated from 2005 to 2012. They had been together for seven years. Unfortunately, their relationship did not last long and split up. However, the two never revealed the reason for their broke up.

When the girlfriend of Joe was pregnant, Jose replied to ex-Joe’s baby news. She posted a video on her social account of herself while she was heading to the Kendrick Lamar concert.

Tahiry responded via Twitter with a couple of the message. Jose tweeted,

“Y’all just found out. I‘ve know it boo. And I’m sooo happy for them.”

She replied to one of the fan’s comment. She retweeted,

“Naw, it came up in my feed. I’m genuinely happy for them. We have No beef. I forgot y’all like messy s—t. And don’t know us. Or my heart. FOH. Pls stop trying to make it into what’s not.”

On 25 June 2017, during the pre-show of the BET Awards, Budden and his Everyday Struggle co-hosts managed an interview with Atlanta rap group Migos, where tensions between Budden and Migos member Takeoff rose; after Budden questioned his absence on the 2016 Migos hit single Bad and Boujee

Budden went off, and there was a momentary standoff between himself and the group.

Joe Budden was criticized publicly for his perception of homosexuality. Budden was accused of homophobia by Aaron Williams of Uproxx and Michael Arceneaux of Billboard for criticizing Lil Yachty‘s debut studio album Teenage Emotions

Joe branded Yachty “fruity,” claiming to be “not hip-hop” and “ruining the culture.” Budden has also been criticized for satirizing the decision of ILoveMakonnen to appear on Twitter as a gay public.

Joe has got an average body construction. His height is 6 feet or 183 cm and weighs about 80 kg or 176 lbs. He maintains a healthy habit of living as he’s not seen or suspected of weight loss or weight gain.

Everyone knows that Rapper Joe Budden makes a significant amount of through his singing career.

Mostly, he earns a large amount of money through his albums which sold worldwide. Back in 2017, he has a net worth of $5 million. Also, Joe received extra income through his tours.