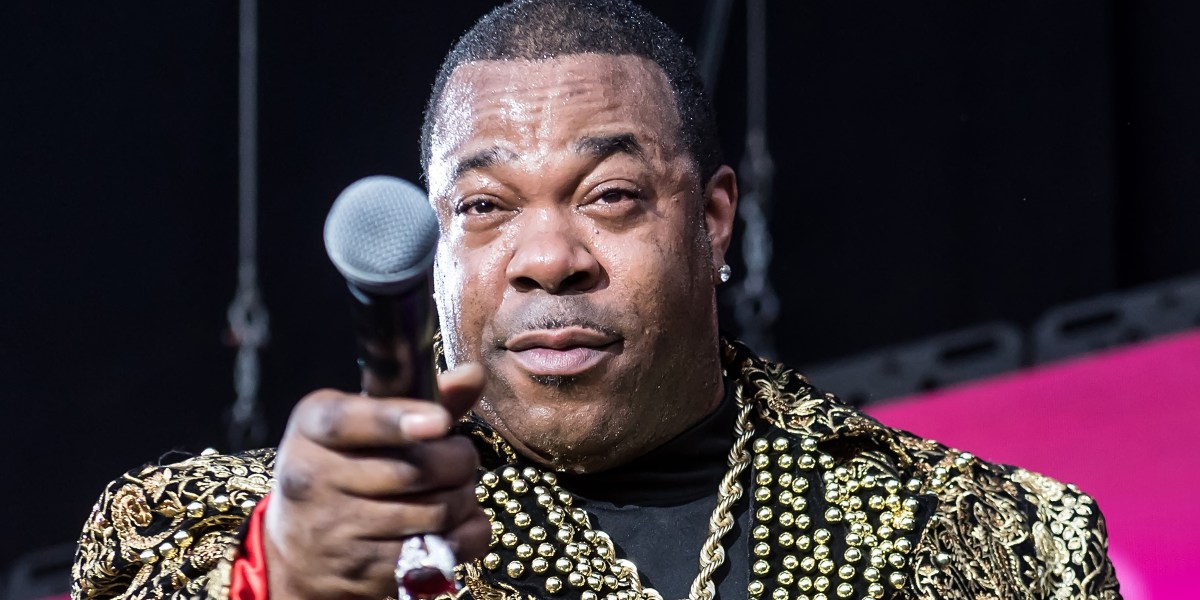 A gifted rapper of Jamaican ancestry known for his rapid-fire rhyming style, Busta was born in East Flatbush, Brooklyn, New York, was an original member of Leaders of the New School and the founder of the record label ‘Conglomerate.’

Trevor George Smith Jr. on born May 20, 1972, to Geraldine Green and Trevor Smith Sr. in Brooklyn, New York City. At the age of 12, his family moved to Uniondale, Long Island and later relocated to the United Kingdom, spending the time to Liverpool and Morecambe, England, before returning to the USA.

He has a brother named Shakim Smith. Regarding this, there is no information about his childhood and educational background.

You may like Annie D Angelo: Fourth Wife of Willie Nelson, Age, Net Worth & Kids

How much does Busta Rhymes Earn?

Busta Rhymes earns an enormous amount of money through his music career. He has released ten studio albums throughout his career. Many of his records are certified gold or platinum.

In September 1997, he released second album ‘When Disaster Strikes’ including hit singles like Put Your Hands Where My Eyes Could See and Fire It Up. The following year, he released singles like Gimme Some More, What’s It Gonna Be, Iz They Wildin Wit Us?

Busta released his fourth album ‘Anarchy’ in June 2000 which peaked at four on Billboard 200 and number 1 on the US R&B/Hip-Hop Albums. The record had a total of 22 tracks and sold 164,000 copies in its first week.

‘The Big Bang’ Busta’s seven-album became the first number in his career. The album top spot on the US Billboard 20 and sold 209,000 units in its first week and certified gold by RIAA.

Busta Rhymes founded his new label ‘The Conglomerate Entertainment’ in 2010 and 2011, he signed to Cash Money Records. He recorded ‘Look At Me Now’ and ‘Why Stop Now’ with Chris Brown.

He has collaborated with several other artists such as Jodie Connor, Trey Songz, Gucci Mane, Robin Thicke, and Lil Wayne.

On 2nd February 2018, he released his new song ‘Get It’ featuring Missy Elliot and Kelly Rowland.

Apart from musician, he is also an actor. He has starred in several movies like Who’s the man, Narc, Shaft, Master of None, Finding Forrester and many more.

Busta Rhymes character the voice of  A Wish Fish in an animated comedy and adventures “Big City Greens” which aired on 17 May 2018 on Disney Channel.

Busta Rhymes has the best car collection. He has Rolls Royce Phantom, a black Mercedes, a green and yellow Lamborghini which worth a million. Though, Busta drives mostly his green Lamborghini.

The rapper earns a significant amount of money through endorsement deals and has endorse brand such as Dreambody Cuisine, Heavenly Seduction, and Toyota.

But Rhymes did not receive a paid endorsement deal for his smash hit ‘Pass the Courvoisier.’ He also involved in charity works and causes. He has supported the different organization for different purposes like Hunger, Poverty, Peace and Disaster relief.

Arrested for charges of third-degree in August 2006, Busta Rhymes after attacking a man from his car in New York City.

The same year, in October, cops charged against him for weapon possession which found in his car.

In May 2007, Busta got arrested for driving without a license in Manhattan. On March 18, 2008, Rhymes to three years probation, ten days community service including $1250.

Later, in 2015, again, Busta was arrested for allegedly throwing the protein drink at NYC Gym employee.

Busta Rhymes was involved in many relationships in the past, but currently, his relationship status is single. He has date Jonna Wood for several years.

Busta and Jonna were the high school sweethearts, but they never got married. His ex-girlfriend, Jonna turned into a lesbian because she was a lousy parent of her three kids. Before Jonna, he was dating Rhonda Randall.

He has also dated one of the famous singer, Lady Gaga for a short period. Busta and Gaga were seen together in MTV Video Music Awards 2013.

You may like Michael Jordan’s Wife-Yvette Jordan: Bio, Net Worth, Kids, Married Life