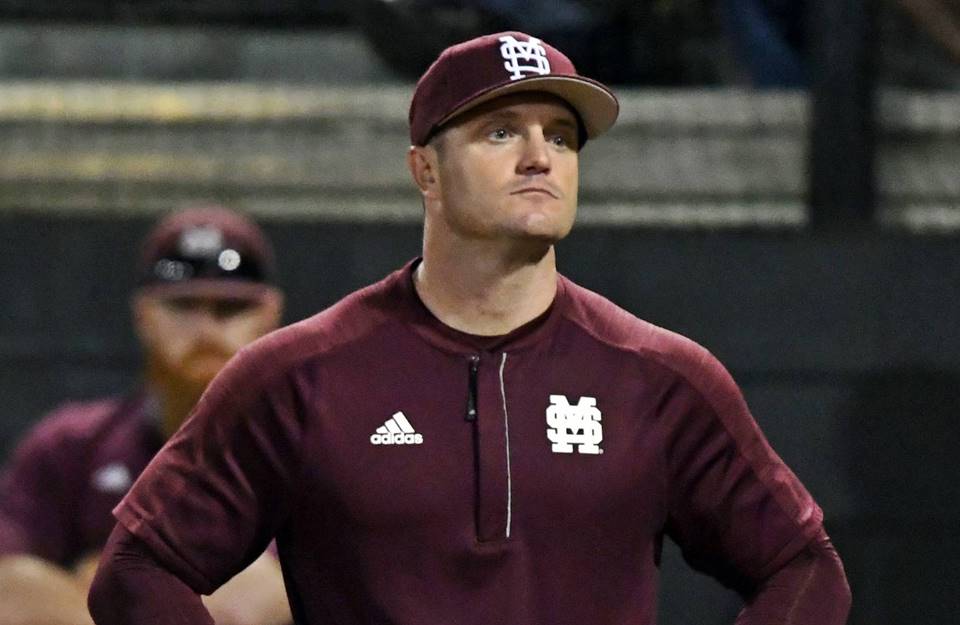 Andy Cannizaro always had a keen interest in sports which inspired him to be a baseball player growing up. Even in his college days, he didn’t give up the passion and continued as a baseball player. Enough with playing, now Andy is paving his way towards coaching, and so far he has been successful as well. But life isn’t so sweet, is it? Andy had to resign from Mississippi State where he was serving as a baseball coach. What really happened there? However, with his patience and hard work, Andy is now hired by Holy Cross High School of New Orleans as a head coach. Well, if you are steady, you surely will the game. Take a tour with us on Andy Cannizaro’s life and find out what has happened and many more.

Andy Cannizaro was born on December 19, 1978, in New Orleans, Louisiana, as the first child of his parents and his full name is Andrew Lee Cannizaro. Andy doesn’t like opening up about his personal details to the public, so even the name of his parents is a secret to us.

Andy was intrested in sports since he was a kid and when he attended Tulane University, he played baseball throughout his college life.

As mentioned above, Andy has two younger siblings; both of them are brothers. Also his youngest brother, Garrett Cannizaro went to the same university, Tulane University where just like Andy, he played baseball.

Andy Cannizaro used to play baseball since he was a college student. With his ultimate passion for sports later he pursued a career in it too.

When he was at Tulane University, he played college baseball for the Tulane Green Wave

. Andy played several tournaments in college and even won some of them.

as a hitting coach and recruiting coordinator. He was announced as a successor of Mississippi State University Athletic Director John Cohen on November 5, 2016.

But on February 19, 2018, Andy resigned as the head coach of Mississippi State University‘s baseball team. His resignation was after he was discovered of being in an extramarital affair with one of a Mississippi State

football state. His resignation was accepted by non-other than John Cohen, the same who had appointed him.

On his resignation, he told, “I had a wonderful opportunity at Mississippi State, but unfortunately, I made some mistakes. I hope Mississippi State University and all of its fans and people affected by me will forgive me someday.”

After one year, of the incident on February 22, 2019, it was announced by Holy Cross High School

Andy Cannizaro is a happily married man to a lovely woman, Jovial Allison Cannizaro. Together the couple has three beautiful children, one daughter, Gabrielle and two sons, Pierce and Knox.

Jovial Allison Cannizaro is a wonderful woman who is handling her job as a wife and mother greatly. Even when Andy resigned from Mississippi after being discovered of having extramarital affairs, Jovial didn’t leave his side and stayed right by him.

It obviously wasn’t a hard time for Jovial, as she was pregnant with her third child when Andy resigned.

Well, no doubt Andy is successful in his career with such an amazing woman in his side.

After Holly Cross hired Andy, it’s headmaster Sean Martin welcomed Andy and his whole family with a beautiful statement. He said, “Holy Cross School had made a commitment to excellence for over 169 years, and we are proud of being a family that inspires our young men to realize their God-given genius. The Cannizaro family has a very rich tradition at Holy Cross School, and we are happy to welcome, Andy and rest of his family, Allison, Gabrielle, Pierce, and Knox back to our community.”

Andy had a successful run of a career as a college baseball player, and now he is on as coach. In his career span with Mississippi, he had an estimated earning of over $500,000 in a four-year contract.

Keeping aside his fortune, Andy lives a lavish life with his family in Starkville. The house is a perfect residence for the family which has a market value of around $620,000.

Most of us are an Instagram user because we just love to express ourselves through pictures. However, our baseball coach/player has a different taste than us. If are searching for Andy Cannizaro on Instagram, then there is a dead end to it. But you can find him on Twitter.

Thanks for my new bracelet!!! pic.twitter.com/g17zIsKHVZ