, Drowning, from his debut album

. Furthermore, he isn’t one of those that have been rapping for quite a while. Yet, he possesses all the capacities to have a decent amount of both the new class of hip hop 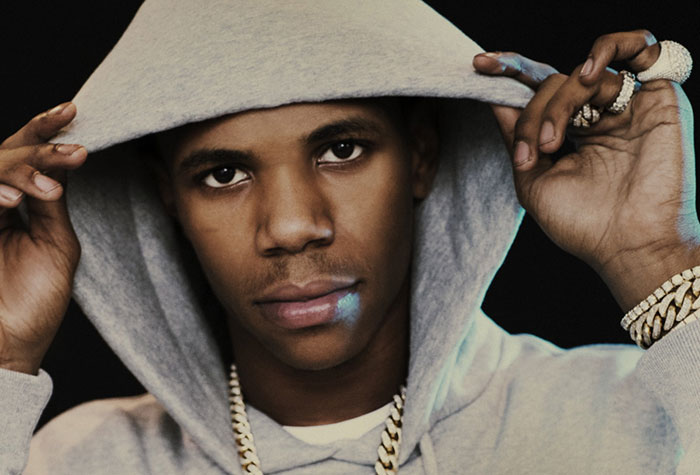 So let’s know more about A Boogie’s life, his real name, his career, mother of his kid, net worth and all.

A Boogie (actual name: Artist Julius Dubose) was born on December 6, 1995, in the Highbridge neighborhood of the Bronx in New York City. His stage name is A Boogie wit da Hoodie/A Boogie.

Additionally, A Boogie grew up in Highbridge and went to DeWitt Clinton High School. Further, A Boogie got drawn to rapping at the age of 12.

During his time in high school, he got into rapping even more by performing in ciphers

at lunchtime by performing rhymes he had already written and stored in a large notebook he carried with him.

A Boogie got into trouble time and again while he was growing up. He used to be legal trouble for selling cannabis

, that why his parents sent him to Florida, where he graduated in Fort Pierce

A Boogie became more concerned about his career as a rapper after his graduation from high school.

He started working jobs in different sectors including construction and pizza delivery, also focusing on his music career at the same time.

, Temporary which was produced by Mystery Whyte.

Additionally, this song took months to be ready because A Boogie was new in the rap

and lacked rap flow. However, he soon hired

to improve his singing voice.

Also, he released Temporary when he was 19 years old

. A Boogie moved to New York to make his career in hip-hop as a rapper.

A Boogie teamed up with Quincy

“QP” Acheampong, a rapper and created the Highbridge

label and a home studio.

Then, in February 2016, he released his first full-length project, a mixtape, Artist.

His mixtape was recorded during a time when he was dealing with a problematic break-up which helped influence the mixtape and his future sound altogether. This mixtape of A Boogie was a significant launch for his career.  Forbes listed him in up-and-coming rappers list.

On May 18, 2016, he collaborated with Don Q, a Highbridge-based rapper and released, Highbridge the Label: The Takeover Vol.1.

Then in July 2016, he signed a deal with Atlantic Records.

A Boogie performed at the BET

Hip Hop Awards in September 2016 along with other artists like Don Q, Russ, Kent Jones, and Nick Grant.

in acronym from The Bigger Artist. This extended play peaked at number 63 n the US Billboard 200 and also appeared on the Rolling Stone’s list of 40 Best Rap Albums of 2016.

Out of all the tracks in this extended play, his four tracks got sales certification from the Recording Industry Association of America (RIAA).

Drowning ft. Kodak Black and My Shit got platinum status and Jungle and Timeless got gold status.

, an American magazine which is dedicated to a hip-hop artist.

He released his first studio album, ‘The Bigger Artist

,’ on September 29, 2017. It featured many renowned artists like Kodak Black

peaked on number 38 on the US Billboard Hot 100. For the track ‘Pills & Automobiles

,’ A Boogie collaborated with Chris Brown

The track went up to the 46th position in the US Billboard. A Boogie was got featured on the single of the rapper 6ix9ine

A Boogie Girlfriend And Kid

A Boogie has been with Ella Rodriguez,  an Instagram

star, for a long time. Moreover, this couple

has a daughter,  Melody Valentine

A Boogie Net Worth

A Boogie earned his money from his albums

. Apart from the earnings that he receives from his records and tapes, he earns a right amount form his YouTube channel.

However, A Boogie has a net worth of $3.5 million.

Furthermore, his channel has over 1.6 million subscribers and over 58 million views.

Apart from his YouTube Channel, A Boogie also has a lot of followers on other social media. Furthermore, his Instagram has 3.5 million followers